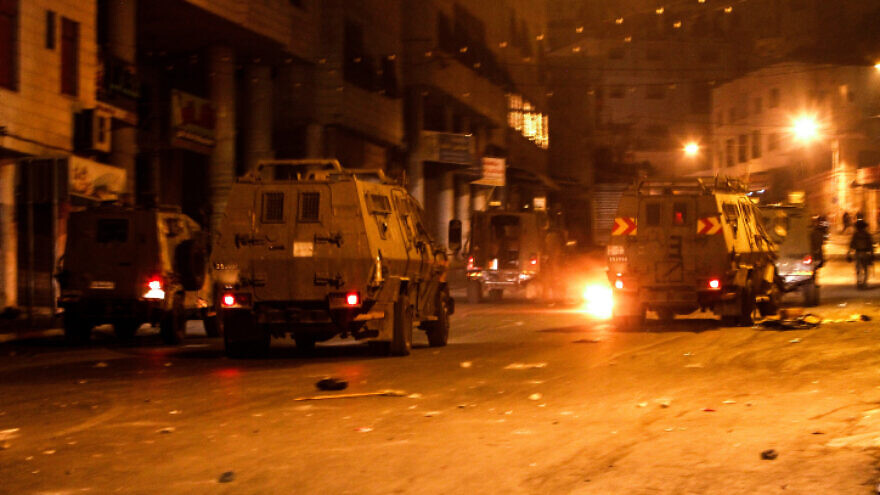 (September 27, 2021 / Israel Hayom) Two Israeli soldiers sustained light wounds on Sunday night during clashes with Palestinians near Joseph’s Tomb in Samaria, near Nablus/Shechem, according to the Israel Defense Forces.

According to the IDF, dozens of rioters attacked a convoy of buses carrying some 300 Jewish worshippers to the tomb for Sukkot prayers. They hurled homemade explosives and stones at Israeli soldiers and Border Police officers, with some also shooting at the troops, the IDF said. The civilians were all safely evacuated.

Border Police officers engaged the attackers, returning fire and deploying riot control measures. During the incident, one officer was hit by shrapnel from an explosive device and another was struck in the face with a stone. Both received medical attention at the scene. A patrol vehicle was damaged during the clashes as well.

Earlier on Sunday, Palestinian gunmen opened fire on IDF forces conducting a counterterrorism operation in the Jenin and Ramallah areas. Five terrorists were killed and two Israeli soldiers were seriously wounded in the fight.

IDF Chief of Staff Lt. Gen. Aviv Kochavi called the operation “an outstanding achievement,” and said it had prevented large-scale terror attacks “that could have occurred in Jerusalem, Netanya, Tel Aviv, Afula and any other locations.”

Itsik Saban contributed to this report.