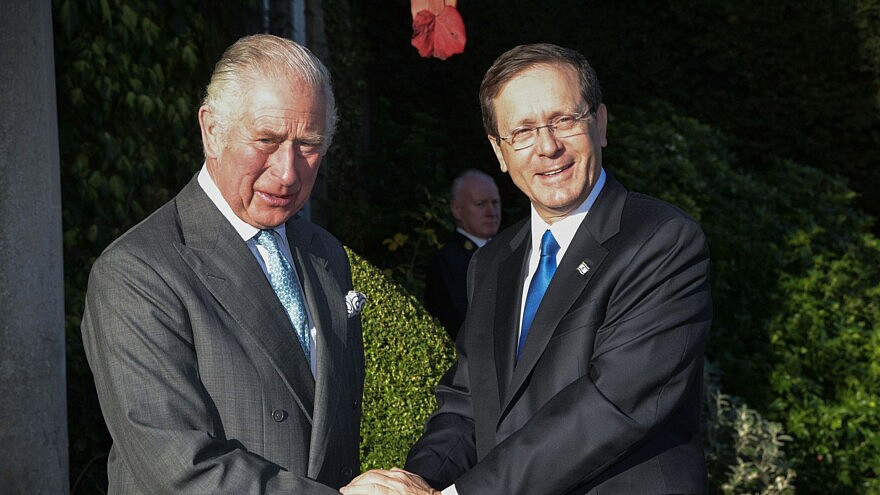 Speaking to Israel Hayom, Wigan, who was in London for the funeral of Queen Elizabeth II, said that King Charles has a good and warm relationship with the Jewish state.

“It’s true that the Queen never visited Israel, but King Charles has visited several times as prince and was received by President Isaac Herzog very cordially,” he said, adding that Prince William also traveled to Israel several years ago.

“Will Charles visit Israel now as King? We very much hope so, but cannot guarantee that it will happen. He has to decide on his [foreign] visit plans and has an obligation to Commonwealth countries such as Canada and Australia,” said Wigan.

Herzog, who was also in London for the royal funeral, told King Charles on Sunday that Israel would be delighted to host him.

According to Wigan, when then-Prince Charles was in Jerusalem he visited the Israel Museum and “was fascinated by the Dead Sea Scrolls. The subject of the Holocaust is also very important to him, and he has friends who are survivors. I saw how moved he was when he met Auschwitz survivors. I don’t know how deeply the royal family is involved in Israeli politics, but they do have a great interest in Israel in general, so I’m optimistic,” said the UK envoy.

With respect to the political system, Israeli Ambassador to Britain Tzipi Hotovely said in an interview with Israel Hayom this week that while Queen Elizabeth was not closely familiar with the matter, she did express interest in it.

“She even asked me once why Israel has so many elections, and I had the feeling that she was really interested,” Hotovely said. “She had curiosity and [a] deep commitment to her role. She wasn’t just a symbol, but more than that, which is why people loved her so much.”

Hotovely said that the government in London was the “most pro-Israel it has ever been,” adding: “Britain is today at the forefront of Western countries in voting in favor of Israel at the United Nations. In recent years, there has been a succession of prime ministers who are very friendly to Israel.”