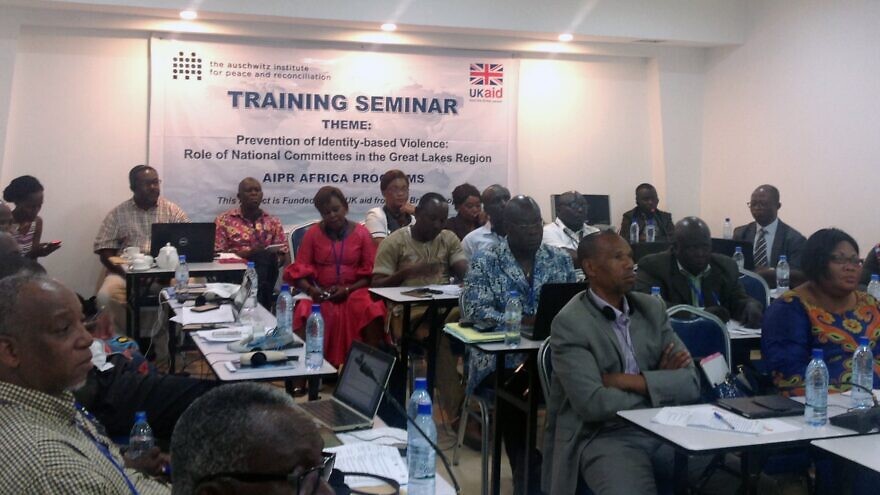 (March 6, 2020 / JNS) The Auschwitz Institute for the Prevention of Genocide and Mass Atrocities (AIPG) has been awarded the United Kingdom’s Jo Cox Memorial Grant to use for preventing “identity-based violence” in Africa’s Great Lakes Region, it was announced on Tuesday.

The £10 million ($1.1 million) grant named after Labour Party Member of Parliament Jo Cox, who was killed in June 2016 by a far-right activist, has been awarded by the United Kingdom Department for International Development as part of its challenge fund, UK Aid Direct.

The grant will “enable AIPG to deliver key training to civil society leaders and government officials through the end of 2022.”

AIPG explained in a press release that it will “conduct 12 distinct educational and capacity building activities, at both national and regional levels, to advance the establishment and expansion of national committees for mass-atrocity prevention, as well as the further consolidation of existing national committees.”

These measures, it said, “will lead to the development and implementation of regional and national policies, legal instruments and community-level programs for the prevention of identity-based violence. They will be further reinforced through an ongoing online education program for local leaders.”

The Great Lakes region of Africa includes countries such as the Democratic Republic of Congo, Rwanda, Uganda, Kenya, Zambia and Tanzania.

The institute added that “more than 70 years after the Holocaust, genocide and other mass atrocities remain a constant threat to global peace and security. The violence we are witnessing in, for example, Syria, Sudan, Yemen and Myanmar serves as a daily reminder of the devastating consequences of the international community’s failure to act. Recognizing the warning signs of mass atrocities and responding to them are essential steps in taking action to effectively prevent these crimes.”