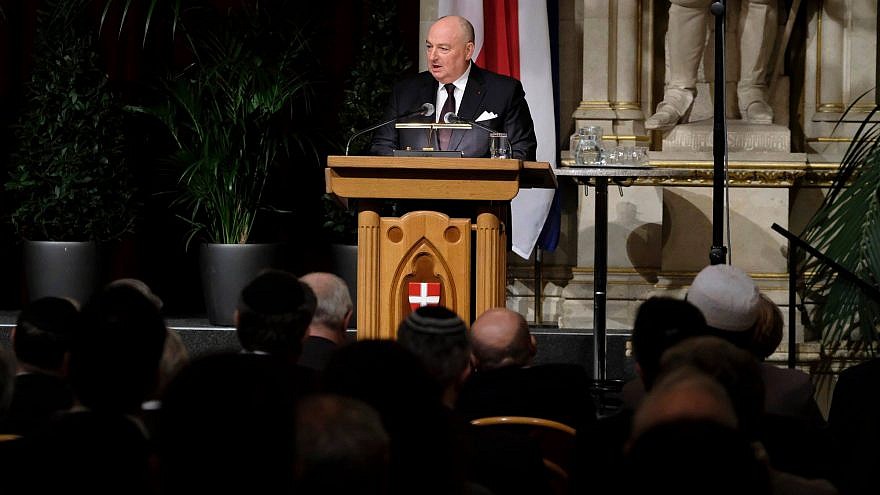 (April 6, 2022 / JNS) Russian billionaire Moshe Kantor, who heads the European Jewish Congress and other prominent Jewish organizations, was sanctioned by the United Kingdom on Wednesday.

“Our latest wave of measures will bring an end to the UK’s imports of Russian energy and sanction yet more individuals and businesses, decimating [Russian President Vladimir] Putin’s war machine,” U.K. Foreign Secretary Liz Truss said in a statement. “Together with our allies, we are showing the Russian elite that they cannot wash their hands of the atrocities committed on Putin’s orders. We will not rest until Ukraine prevails.”

He was sanctioned due to his role as the largest shareholder of the fertilizer company Acron, which has strategic ties to the Russian government.

The European Jewish Congress said it was “deeply shocked and appalled” by the decision by the British government. It said that the decision “is misguided and lacks any factual or evidence-based merit.”

“Dr. Kantor is a British citizen who has lived for over three decades in Western Europe, many years of which has been in the U.K. He is a long-standing and respected Jewish leader who has dedicated his life to the security and well-being of Europe’s Jewish communities and the fight against anti-Semitism, racism and xenophobia,” the group said.

It urged the government to reverse the decision as soon as possible.