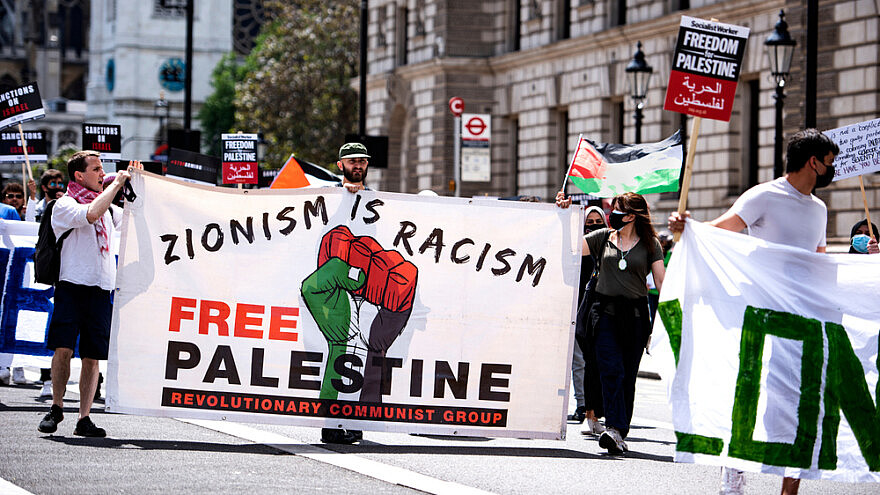 (November 1, 2022 / JNS) The National Union of Students in the United Kingdom on Tuesday fired its president as an investigation into allegations of anti-Semitism by Shaima Dallali personally, and the union’s leadership in general, continues.

In a statement, NUS said as a result of the investigation, “An independent panel has found that significant breaches of NUS’ policies have taken place. As per this finding, we have terminated the president’s contract. The decision of the panel may be subject to an appeal.”

The group added, “We are sorry for the harm that has been caused and we hope to rebuild the NUS in an inclusive way, fighting for all students as we have done for the past 100 years.”

Dallali was elected president of the group earlier this year, and in announcing her termination the NUS acknowledged, “We know that there will be strong feelings around this issue so we urge people to respect this process and to refrain from taking part in or perpetuating any abuse, particularly online, towards anyone involved in this matter.”

Approximately 600 student unions are affiliated with the NUS, totaling more than 95% of higher education unions in the U.K.

Binyomin Gilbert, program manager at Campaign Against Antisemitism, said the removal of Dallali “is an encouraging first step and may represent the first acknowledgement by NUS of how dreadful its relations with Jewish students have become.”

“Nobody with a history of expressing anti-Semitic sentiments has a place in student leadership, and while her removal is certainly the right decision, the culture in NUS and student politics that allowed somebody like Ms. Dallali to rise so high must still be addressed,” Gilbert said.

Campaign Against Antisemitism has documented a number of social media posts by Dallali attacking Jews. Back in 2012, she tweeted an Arabic phrase that translated to “Jews, remember the battle of Khaybar, the army of Muhammad is returning,” a reference to a massacre of Jews in the city of Khaybar in the year 628 CE.

More recently, according to Campaign Against Antisemitism, Dallali claimed that NUS has a “history of bullying pro-Palestine sabbs and activists.”

Sabbatical officers are usually trustees of their student union.

The Union of Jewish Students, which represents 9,000 students in the U.K. and Ireland, issued a statement on Tuesday saying, “UJS respects the decision of the National Union of Students to dismiss their president. Anti-Semitism in the student movement goes beyond the actions of any one individual and this case is a symptom of a wider problem.

“Jewish students across the country will be asking how an individual deemed unfit for office by NUS was elected in the first place. We await the finding of the substantive inquiry into the NUS’ treatment of Jewish students.”

NUS’ troubled relations with the Jewish community long preceded Dallali’s tenure. According to a detailed report by Campaign Against Antisemitism, “How NUS has failed Jewish students,” back in the 1970s there was a “high-profile, systematic attempt to remove Jewish societies at universities under the pretext of antifascism.”

Nowadays, the report said, NUS is “replete with sabbatical officers, senior figures or candidates for office making statements that breached the [International Holocaust Remembrance Alliance] definition of anti-Semitism, policies that disregarded the concerns of Jewish students, and evidence of a culture of hostility to the interests of Jewish students.”

Furthermore, two-thirds of Jewish students surveyed said they were not confident the student group would “respond appropriately to allegations of anti-Semitism if they arose,” the report stated.

Dallali did not address the allegations against her. Instead, she took to Twitter on Tuesday to say, “On the first day of Islamophobia Awareness Month, I find out I have been dismissed through Twitter. This is unacceptable.”

As for the NUS investigation, all interviews are slated to be completed by Nov. 4 with a report issued by the end of the year.