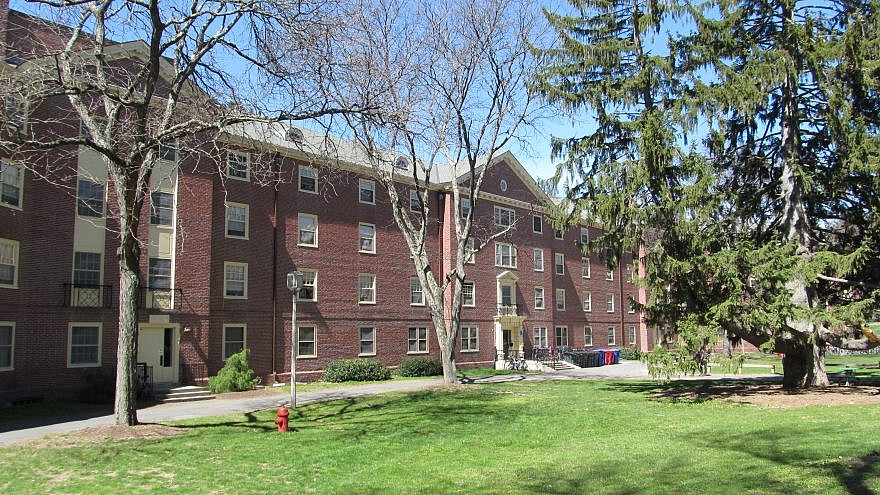 (November 11, 2019 / JNS) More than 40 Boston faculty members of the University of Massachusetts have called on UMass Amherst Chancellor Kumble Subbswamy to retract his Oct. 21 statement criticizing BDS and the upcoming pro-BDS event on his campus on Tuesday.

In a letter dated Nov. 4, posted on Facebook by the Western Massachusetts chapter of the anti-Israel group Jewish Voice for Peace, the faculty members state, “While we recognize and support your right to speak on political matters of import to the university community, we have significant concerns about this statement, both with regard to its many factual inaccuracies as well as the potentially troubling consequences that may follow from it for students, faculty and staff on your campus. We want to urge you to rescind—or at the very least clarify—some of the most problematic language in your statement, language that works to intimidate and delegitimize members of your own community.”

The letter further states it is not “self-evident that academic boycotts are anathema to academic freedom” and compares BDS to fighting against apartheid South Africa in the late 20th century. It also accuses Israel of being a “military state occupier.”

The Nov. 12 event, “Criminalizing Dissent: The Attack on BDS and Pro-Palestinian Speech,” is slated to include former Women’s March leader Linda Sarsour, longtime Harvard University Professor Cornel West, Palestine Legal founder Dima Khalidi, anti-race activist Tim Wise and journalist Shaun King. BDS founder Omar Barghouti is planning to join the event by Skype, as he was banned from entering the United States in April. All the speakers have an anti-Israel history.

Separately, more than 80 education, faculty, student, religious and civil-rights organizations have called on Subbaswamy to urge the university’s faculty senate to rule on whether faculty and departments should be permitted to use the university’s name and resources to promote an activist agenda.

“This letter, together with the incidents at UMass-Amherst suggest a system-wide problem at UMass,” Academic Engagement Network executive director Miriam Elman told JNS.

“President of the UMass system [Marty Meehan] should be encouraged to release a similar statement as the University of California Chancellors recently did, reaffirming the opposition of UMass to academic boycotts and noting that academic boycotts would negatively impact UMass, including depriving their own students and faculty of educational opportunities that come from open intellectual exchange and inquiry,” she said.

“That these many pro-academic boycotters at UMass-Boston also hold administrative positions throws the university’s commitment to academic freedom into question,” continued Elman. “It’s also troubling that these 40 administrators and faculty at UMass-Boston are signing such a letter which disparages the identities of the majority of Jewish and Zionist students on the Boston campus.”