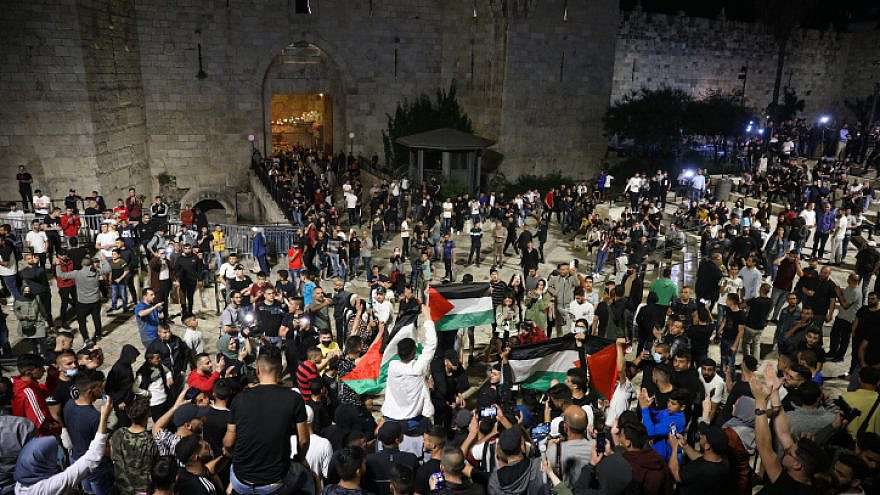 After Israel Police Commissioner Kobi Shabtai ordered the removal of the barricades, youths waving Palestinian flags celebrated, chanting nationalistic slogans, according to Kol Ha’ir. While police later sent forces in to clear the area, they did not reinstall the barricades, which had been set up two weeks ago at the start of Ramadan, leading to outrage among Muslim worshippers.

Clashes between Arabs and Jews in the city erupted on April 13, the start of the Muslim holiday of Ramadan, escalating over the past week.

On Saturday night, 17 suspects were arrested in connection with the violent disturbances in the city, bringing the total number of arrests since the unrest broke out on April 13 to 157, according to police.

“The Jerusalem District is working during these days with increased forces—overt and covert—together with special units and advanced technology to safeguard the city’s residents and visitors,” police said in a statement.