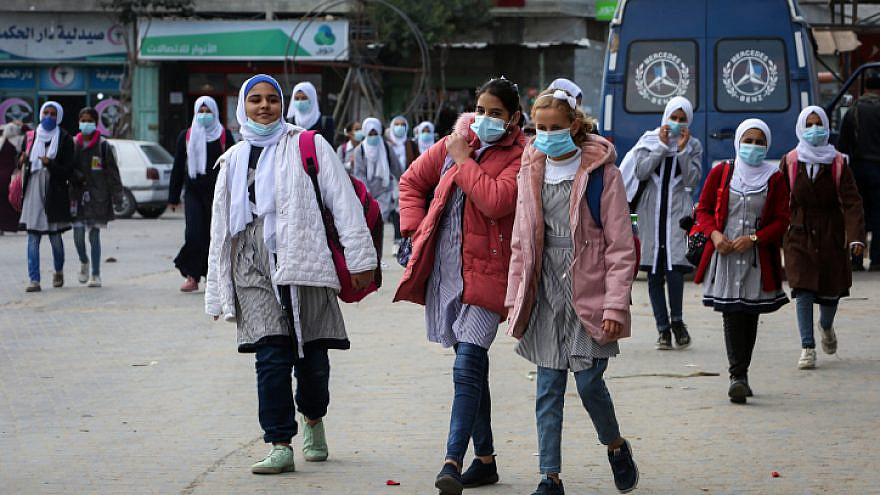 The attention was prompted by a report issued by the Institute for Monitoring Peace and Cultural Tolerance in School Education (IMPACT-se), an Israeli non-governmental organization that found the textbooks “to be rife with problematic content that contradicts stated U.N. values.”

Christian Democrat Miriam Lexmann posed questions to the committee during a hearing with Special Adviser to the U.N. Secretary-General Fabrizio Hochschild-Drummond.

Based on IMPACT-se’s report, she called for scrutiny of UNRWA, saying that parliament “must ensure that the money of the European taxpayer is not used to produce material filled with hate speech, anti-Semitism and the glorification of jihad.”

A broad survey of new UNRWA-labeled materials drafted and produced by its educational staff in Gaza and the West Bank found that the textbooks encouraged violence, jihad and martyrdom; rejected peace; and were filled with intolerance and demonization of Jews and Israelis.

For example, UNRWA materials presented Dalal Mughrabi, who took part in the 1978 Coastal Road Massacre, as a positive role model. Mughrabi, along with other terrorists hijacked a bus and killed 38 civilians—13 of them children—and wounded more than 70 others.

The Palestinian conflict was a central theme in the books across age groups and subject matter, including math problems that ask children “to tally the number of dead ‘martyrs’ in the First Intifada.”

The books consistently engage in conspiracy theories and libels, and they fail to acknowledge the existence of the State of Israel and Jewish history in the region.

Responding to the report, UNRWA Commissioner-General Phillipe Lazzarini said in a tweet that there is “no place for discrimination+incitement to hatred/violence in @UNRWA schools. Local references to inappropriate pages from textbooks that were mistakenly distributed during #COVID19 lockdown were quickly replaced with content that adheres to U.N. values.”

A further statement by UNRWA asserted the agency “has a zero-tolerance policy for discrimination and for incitement to hatred and violence in its schools and in all of its operations. Any breach reported is dealt with firmly. The agency adheres, in its education program, to the highest standards of neutrality, humanity and tolerance.”

In 2018, former President Donald Trump ended U.S. government donations to UNRWA, hoping to use future funding as leverage to get the Palestinians to accept his Mideast plan. At a press conference on Feb. 2, U.S. State Department spokesman Ned Price indicated that the Biden administration will restore funding to the Palestinians, which presumably, would include funding to UNRWA.