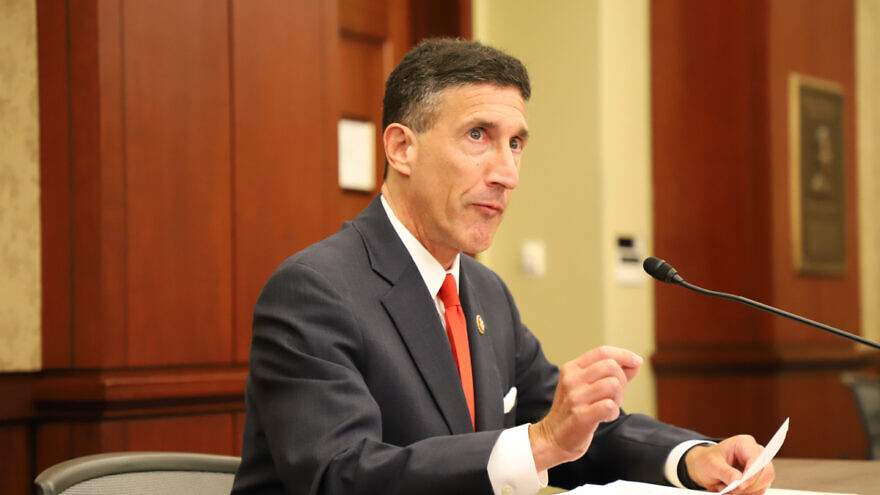 (November 20, 2022 / JNS) The U.S. Congress’s Jewish membership is set to increase from two to three on the Republican side. It isn’t much, especially compared to the 26 Jewish Democratic House members and nine senators in the outgoing legislature. But those Jewish Republicans say the political landscape is trending their way, and identifying quality, electable candidates is the major hurdle in catching up with the Democrats.

“I think it’s harder to get good qualified people to want to run for public office, because they see what it takes to put yourself out there and to put your family through the process of running for election. Republican Jewish candidates who want to put themselves up for office are out there. We just have to continue that recruiting effort,” third-term Rep. David Kustoff of Tennessee told JNS.

Newly-elected Max Miller of Ohio and George Santos of New York join Kustoff as the triumvirate of Jewish House members in the next session that will begin on Jan. 3. All three spoke to JNS at the Republican Jewish Coalition meetings, where they appeared on stage in succession on Saturday.

“In my area in Memphis, there are probably less than 10,000 Jews. But it’s got one of the largest Reform congregations in the nation in Temple Israel. So we know where Republican Jewish potential candidates are in the various population centers,” said Kustoff. “We need to make sure that they express their interest and we do that recruiting. And I think it’s also important for somebody like me, too, to give them the experience of what it’s like to offer yourself for public office, especially as a Jewish Republican, and kind of what that roadmap looks like for the campaign. And then maybe, more importantly, after you win and you start governing.” 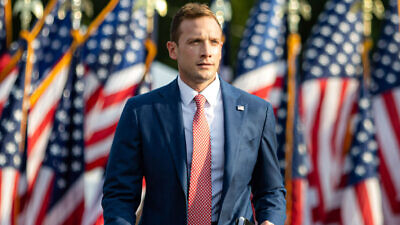 Miller, elected to represent northeastern Ohio’s 7th congressional district, is a former special assistant to Donald Trump and held a number of roles in the Trump administration. He received the former president’s endorsement but ran without the bombast of his former boss, focusing on issues and maintaining a grueling schedule of constituent meetings and events.

Miller told JNS he didn’t make his Judaism a part of his campaign, but that didn’t stop Jews on the other side of the aisle from trying to do just that.

“There are probably a handful of Jewish people in my predominantly Christian district, and a rural one at that. I’ve experienced more antisemitism from our own people than I have from the people within our district, the state of Ohio and the rest of the country. I’ve had people attack me because of my relationship with the former president,” Miller said. “They attacked my Jewish values, not on policy. And we’re talking about people whom I haven’t seen in decades, but yet they use this platform to elevate themselves and they use people like me as a vessel. It’s incredibly disheartening.” Miller said it is “abundantly clear” to him that the Republican Party is the only one that supports Zionism.

Miller intends to use his platform as a Jewish congressman to combat anti-Zionism, which he equated with antisemitism. He pointed to a BDS resolution passed by the undergraduate student government of Case Western Reserve University in Cleveland, which sits just outside his district.

“They say that these universities are teaching our young adults everything they need to take with them. What I am seeing is an indoctrination happening where they are embracing the anti-Zionism message. But they don’t understand what BDS is,” said Miller. “I fundamentally don’t believe they understand that no one who even associates himself with Israel, who wants to do work with Israel, now can’t work with Case Western and their student body. That is an abhorrent, unholy and un-American ideology that needs to be wiped from the face of the earth.”

George Santos, who won in New York’s 3rd congressional district, which includes part of the North Shore of Long Island and far northeastern Queens, on his second attempt, brings a unique story to Congress. A first-generation American, Santos’s maternal grandfather fled Stalin’s persecution in Ukraine, finding refuge and a wife in Belgium before escaping Hitler’s reign. His grandparents made their next home in Brazil.

“That’s a story of perseverance. And I’m so proud. I wish I could have met my grandfather and I wish my mother could sit here today to witness this,” Santos told JNS, noting that while his mother’s family is Jewish, he was raised in the Roman Catholic traditions of his father.

“Now I’m able to go advocate and fight for other Jewish people all across my district, but also all across this country and across the world. I want to use the opportunity of the awesome responsibilities of being a congressman to fight for Israel, to strengthen our allyship with Israel. I’m very proud of my heritage. I might not be a practicing Jew, but still a Jew at heart,” said Santos.

He was part of a mini-wave of New York flipped House seats on Long Island and in Rockland County that proved crucial in turning the House red. Santos, who will represent the third-largest Jewish district by population in the country, said he got 89% of the largely Persian Jewish vote on the Great Neck Peninsula alone. He pointed to the election of two new Jewish Republicans to New York State Assembly seats this year as well.

“When you start seeing that push, representation is coming, and we’re here to stay,” said Santos, who noted the election of Republican Mike Lawler to the aforementioned District 17 seat in Rockland County.

“The Rockland community of Chassidic Jews really came out in support of Mike Lawler. Do you know why? Because they’re fed up with being lied to, fed up with being abused,” said Santos. “And let’s not forget what happened during COVID in the State of New York. The No. 1 community targeted was the Jewish community. And that’s unacceptable. We can worship. We can go to yeshiva. Florida had a red wave. I think ours is a little bit more powerful because it was led by Lee Zeldin,” said Santos of the departing Jewish congressman, who lost a surprisingly close New York gubernatorial race.

Rep. Lee Zeldin leaves office after helping to flip four House seats in districts with large Jewish populations and catapulting the House back into Republican hands. Zeldin said he is “very seriously considering” running for chair of the Republican National Committee following his headline-grabbing campaign.