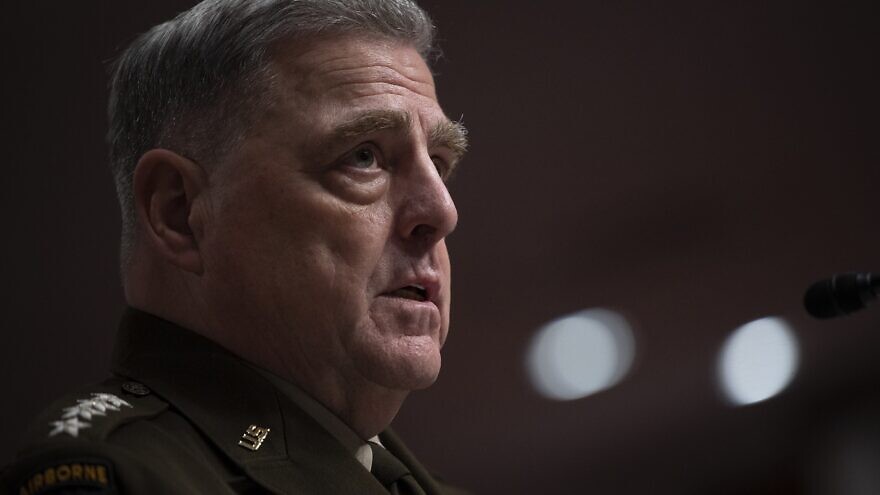 (April 8, 2022 / JNS) U.S. Army Gen. Mark Milley, Chairman of the Joint Chiefs of Staff, said on Thursday that he is against removing Iran’s Quds Force, part of the Iranian Revolutionary Guard Corps (IRGC), from the list of Foreign Terrorist Organizations.

“I believe the IRGC Quds Force to be a terrorist organization, and I do not support them being delisted,” he told the Senate Armed Services Committee.

The Biden administration has been considering the move in the wake of Iranian demands that it do so in exchange for re-entering a new nuclear deal.

Ongoing talks in Vienna with world powers have been on pause since mid-March, though many expect a final text to be ready soon.

Chairman of the Joint Chiefs of Staff General Mark Milley: "So in my personal opinion, I believe the IRGC Quds Force to be a terrorist organization and I do not support them being delisted from the Foreign Terrorist Organization list." pic.twitter.com/5z8RqLuoaS