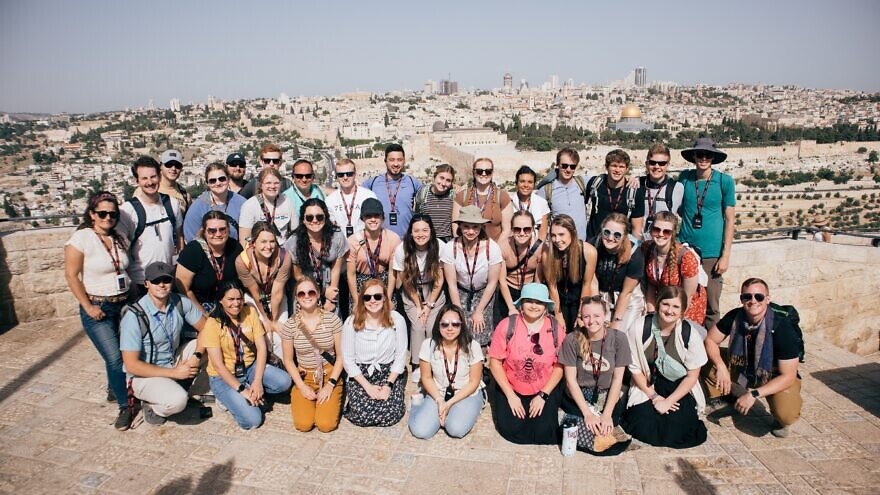 A Passages group poses on Jerusalem's Haas Promenade, with the Temple Mount in the background. Courtesy of Passages.
Spread the word.
Help JNS grow!
Share now:

This group brought 450 students to Israel during its winter program, bringing the total number of participants to date to 10,000.

Passages is passionate about energizing young Christians to grow a greater understanding of their faith and the Bible through visiting Israel. While originally working with Christian colleges, the group has since expanded to general universities as well.

The founders of Passages, an initiative of the Philos Project, in 2016 realized there was a need to be filled: While many older Christians were frequent visitors to Israel, more young people needed access. Furthermore, Christian support for Israel needed a shot in the arm to inoculate itself against rising antisemitism in the Christian community, a phenomenon more and more visible recently with the rhetoric of rapper Ye (formerly Kanye West) and his ally Nick Fuentes, who both frame their strident anti-Jewish rhetoric in explicitly Christian-Nationalist terms that refuse to recognize the Jewish foundations inherent in the Christian faith. 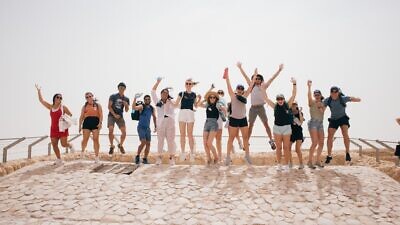 Passages participants jump for joy in Israel. Courtesy of Passages.

Rivka Kidron is the co-founder of Passages and a board member. She said regarding the growing popularity of the program, “We are at a unique moment in history, where Jews and Christians can come together for the first time and create positive and impactful experiences.”

Kidron emphasized that “now more than ever, Jews and Christians have to come together around our shared values and stand up for what’s right in this world. Unfortunately, antisemitism is on the rise, and I think we need each other now more than ever. I feel very blessed to be here and living here at this moment, and [to] share it with you.”

Passages describes one of its key goals for its students as “building their Christian faith and bridges of friendship with the Jewish community.”