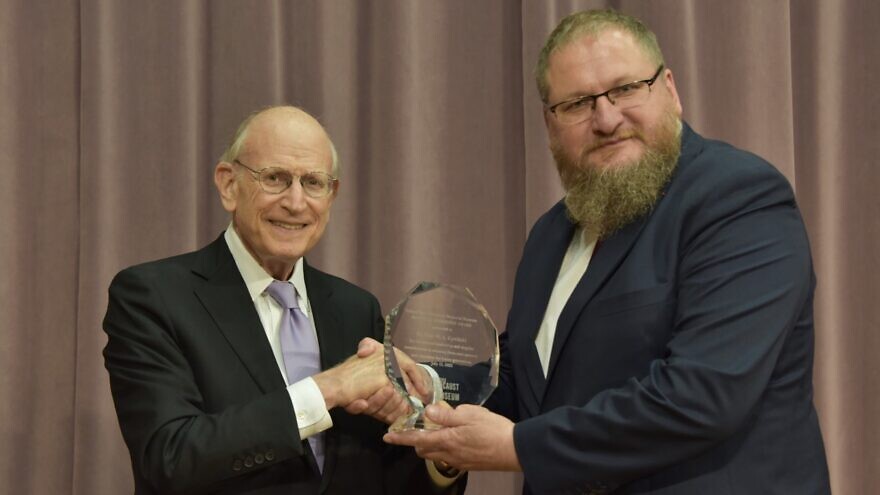 Historian Piotr Cywiński was presented with the award at a ceremony held on Wednesday in Washington, D.C. The event was attended by Auschwitz survivors, in addition to Karen Donfried, assistant secretary of state for European and Eurasian Affairs; Ellen Germain, special envoy for Holocaust issues at the U.S. State Department; and other dignitaries, ambassadors and representatives of the diplomatic corps.

The Auschwitz-Birkenau museum was established in 1947 on the site of the former Nazi concentration camp through the efforts of Holocaust survivors.

“Seventy-five years later, with the survivors diminishing in number, it is our responsibility to determine the role of this memory in individual and collective lives,” said Cywinski in receiving the award. “If we place the memory of the Holocaust only in the history books, it means that we have failed to understand the universal truth about humanity it reveals.”

“In today’s world, our culture, legal, political and diplomatic evolution, as well as our understanding of ethics and social norms, cannot be comprehended without understanding the very essence of the planned dehumanization, exclusion, anti-Semitism and racism of Auschwitz and the entire German Third Reich,” he added.

USHMM council chairman Stuart E. Eizenstat said the Auschwitz-Birkenau museum “is the site of a watershed event in human history, an iconic symbol of the world over human evil. And our most potent reminder of the dangers of unchecked anti-Semitism and hatred, Holocaust ignorance, distortion and denial, which are sadly intensifying.”