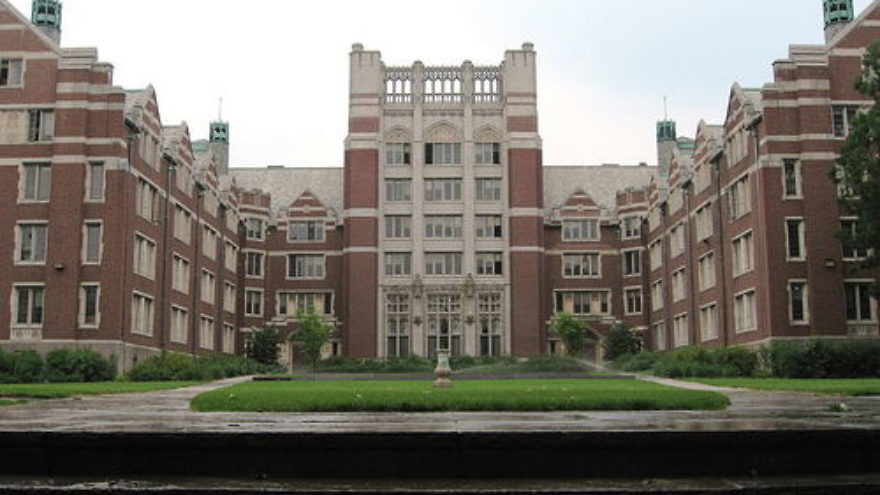 The project, published this past summer by BDS supporters, links a range of Massachusetts-based Jewish groups, synagogues, schools, police departments, media and other institutions that the anti-Israel activists claim participate in harmful activities and should be dismantled. The project’s website hosts a map with the locations of their targets and information about them, including the names of some of their staff.

“We believe that the Mapping Project is providing a vital service,” the Wellesley News editorial board wrote. “Collecting data about these institutions, tracing their financial and political activity and publicizing this information is incredibly important. Simply revealing that these ties exist is not justification for violence or bigotry of any kind. Rather, it forces us to reconsider our individual role in a systemic harm.” 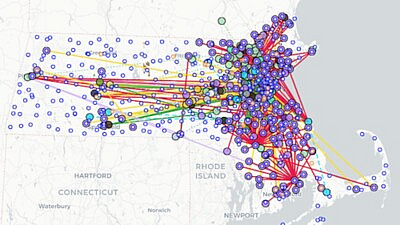 According to the Mapping Project’s website, the purported aim of the project is the development of “a deeper understanding of local institutional support for the colonization of Palestine and harms that we see as linked, such as policing, U.S. imperialism and displacement/ethnic cleansing.” Following its launch, the project has been widely condemned by the Jewish community as steeped in anti-Semitic conspiracy theories and tropes.

The project lists Wellesley College on its map, accusing it of being complicit in propaganda, normalization and Zionism. It claims the college’s pro-Israel students and administration are using harassment and intimidation “to repress the organization efforts of Palestinian students and their allies creating a climate in which students who support Palestinian liberation, those on student visas in particular, no longer feel able to speak freely without risking consequences.”

It also criticizes a class offered by the college, “Palestinian Israeli Peace Prospects,” for misrepresenting “events on the ground in Palestine as a ‘conflict’ requiring ‘peace negotiations, conflict mediation, compromise, and solutions, whitewashing over the reality of Israeli ethnic cleansing of Palestinians from their homeland met by Palestinian efforts to remain on and reclaim their land and resources.”

The project also takes issue with the college working with Birthright Israel to “encourage students to attend free propaganda trips to Israel.”

The editorial board echoed the accusations levied against the school, claiming, “This is why we feel compelled to support Palestinian liberation: because we are all, through the college we attend, responsible for the harm being done.”

The article goes on to urge the school’s administration and board of trustees to align with the BDS movement.

“The Wellesley Investment Office should immediately withdraw any investments in entities based in Israel or those that support the apartheid regime,” the editorial board members wrote. “The College should cease promoting Birthright Israel, foster an environment where Palestinian students feel free to express themselves and cut ties with any suppliers or vendors that provide support to the Israeli government.”

“We proudly support the BDS movement and the liberation of Palestine, and we call on our fellow students, our professors, Wellesley’s administration and the Board of Trustees to do the same,” the article concludes.

Zionist Organization of America National President Mort Klein said the project is not an “innocent non-violent vital service,” but one that “itself openly, on its website, promotes ‘dismantling’ and ‘disrupting’ its long lists of Massachusetts Jewish synagogues, foundations, businesses, philanthropic groups, schools, and other institutions that allegedly have some sort of connection, past or present, real or imagined, to American Jews, Judaism, Jewish charities, Jewish education, Jewish donors or Israel.”

“Virtually the entire Jewish community, as well as Massachusetts state representatives and local leaders, have roundly condemned the Mapping Project because it seeks to stymie Jewish participation in American civil society and, worse, poses a threat to Jewish lives at a time of rising antisemitism,” Rosenchein told JNS.

Jeremy Burton, CEO of the Jewish Community Relations Council of Greater Boston, pointed out that the project has even been disavowed by the Palestinian BDS National Committee “because it conflicts with their self-proclaimed commitment to anti-racism and non-violence.”

He added that the project has been embraced by an E.U. and U.S.-designated terrorist organization, the Popular Front for the Liberation of Palestine (PFLP).

“The editors of the Wellesley News would do well to reconsider their decision to stand side by side with the PFLP,” Burton told JNS. “They would be further advised to consider the systemic harm, racism and violence that they are endorsing, specifically the call for the dismantlement of the Jewish community in greater Boston.”

In a statement to JNS, a spokesperson for Wellesley College said it is not the school’s practice to comment on the student paper’s editorials.

The Wellesley News did not return a request to comment in time for publication.