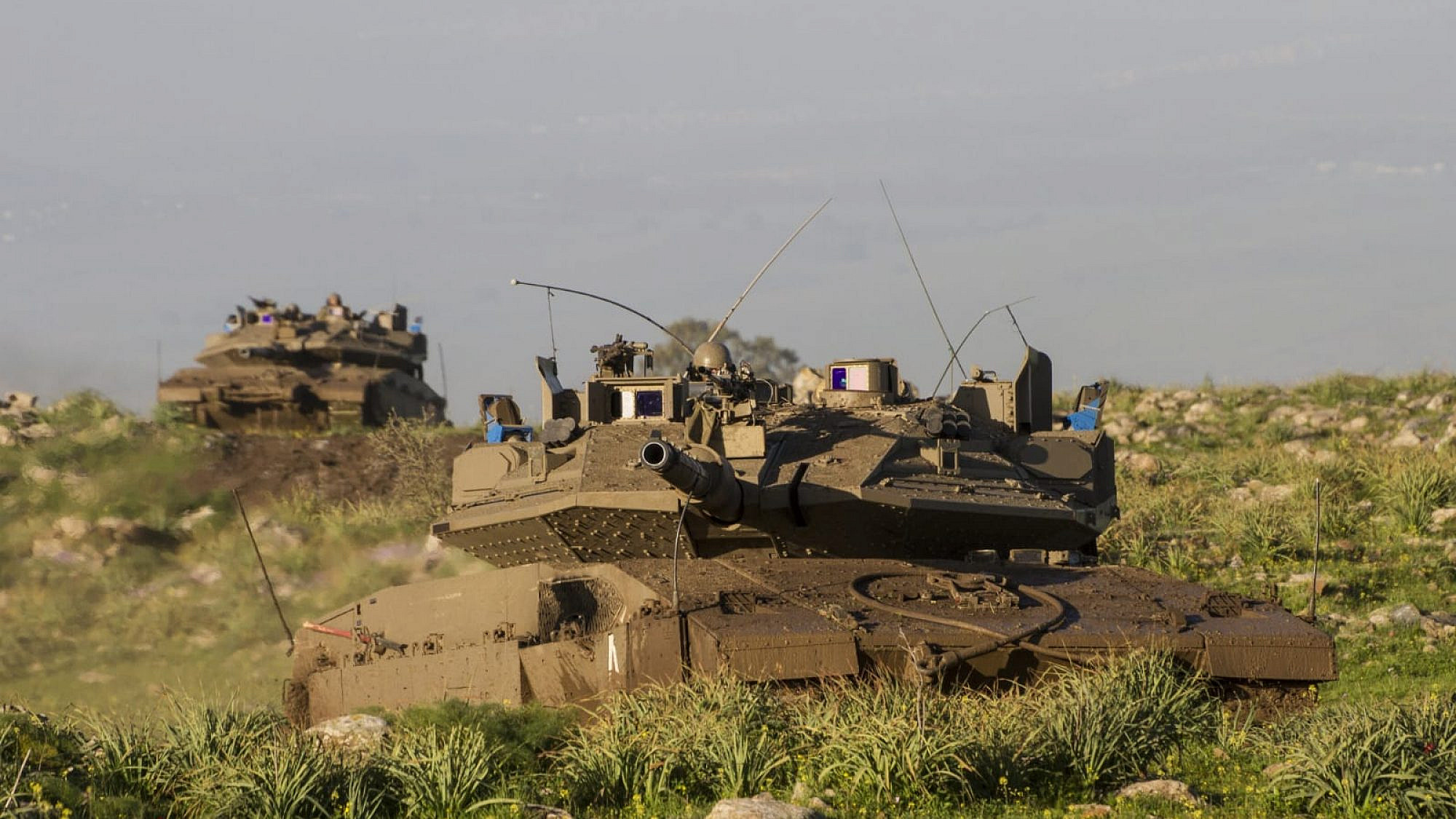 (February 18, 2021 / JNS) When Michael Lurie, vice president at Rafael Advanced Defense Systems and head of its Maneuver Systems Directorate, recalls the first time that the company’s Trophy system went into action, he gets goosebumps.

The year was 2011, and an Israel Defense Forces tank was on the border with Gaza. In a recorded encounter, tank crew members were conducting a lookout and reported over the army’s communications system that they had spotted a figure wandering around a structure in the Strip.

“And then suddenly, an alert went off, and a missile appears. The soldiers didn’t understand what had happened. They tell one another, ‘We’ve been fired on; we’re supposed to be dead.’ When you hear the dryness of the conversation and the insight of the soldiers as to what had just happened, it really gives one goosebumps,” Lurie told JNS.

The Trophy active protection system, which defends armored vehicles against incoming anti-tank missiles and rocket-propelled grenades, had just made history, successfully intercepting a threat in mid-air.

“For everyone who works in this field, and at Rafael, this incident really sharpens the essence of this system,” said Lurie.

Since 2011, Trophy has amassed more than one million operational hours and has saved many lives in combat. It is today installed on an ever-growing number of IDF Merkava tanks and Namer-type armored personnel carriers.

The system started out as a revolutionary defensive layer for armored vehicles, but Lurie made clear that as time went by, it has become an essential aspect of offense as well.

Using advanced radars, Trophy is able to identify the source of fire and intercept the threat. Since tank shells travel faster than missiles, there is also sufficient time for the tank to return fire, explaining how Trophy significantly boosts offense, not just defense, on the battlefield. 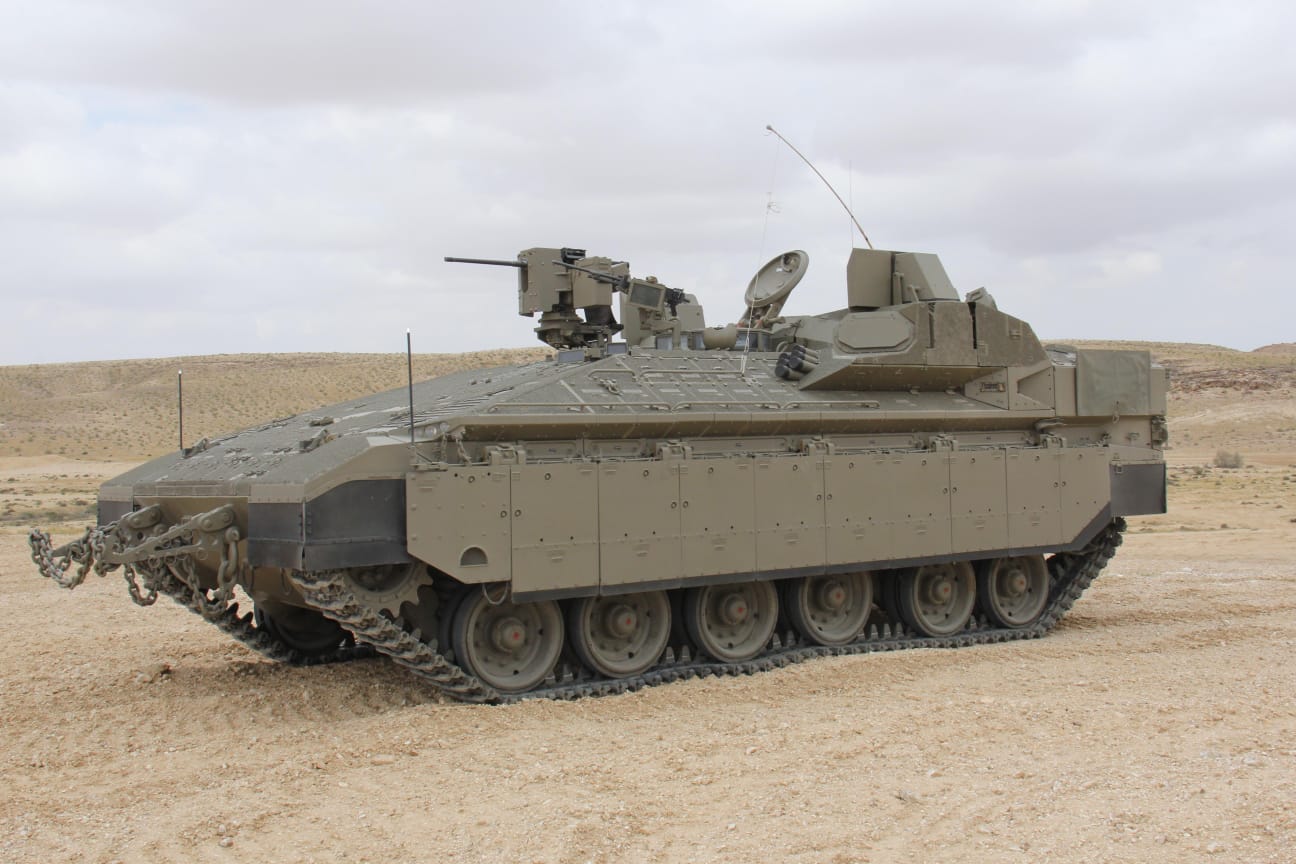 Trophy’s advanced sensors, which also now include electro-optic sensors (sensors that convert light into electrical signals), mean that tanks and tank formations now have a heightened understanding of events on the battlefield in real-time, or as the military calls this, situational awareness.

When multiple numbers of Trophy systems link up with the military’s command network, a new level of situational awareness is formed. “The tank force can create a significant leap ahead in some of its capabilities; this is what we are currently working on,” said Lurie.

That would mean that Trophy will soon be enabling tanks to take part in what defense officials call “firepower tenders,” in which a military command network receives information about the location of a target, and with the help of artificial intelligence, automatically selects to the most appropriate firepower to use to hit the target, whether that is a tank, a combat helicopter or another kind of unit.

As such, Trophy is boosting a ground force’s ability to attack and not only defend. Rafael and the IDF are planning to link Trophy up to another Rafael system, called Fire Weaver, which connects all units taking part in a battle to one another. Doing so would create just this type of network-centered combat.

“Trophy knows who fired from where, so it can enter the ‘firepower tender,’ ” explained Lurie. “The tank that responds does not have to be the tank that was fired upon. It’s no longer a lone tank firing back.”

“A system originally created to be defensive is turning into an attack system because of its capabilities,” he said. “It will create targets not only for itself, but for others. These are capabilities that we are currently developing; they will be available in the coming system upgrades.”

‘A deep understanding of needs’

Lurie described the core pillars that he said are behind the unusually close relationship between Rafael and the IDF. The first, he said, involves the closeness of the day-to-day cooperation between IDF officers and planners, and Rafael personnel. Not only do they work together intimately, but defense-company personnel have a full understanding of the IDF’s operational needs.

“Many of Rafael’s people were in the military—it’s very simple,” he said. “Some were armor officers. They know these needs. I was a brigadier general in the IDF, serving in a ground-forces technology unit. I have been dealing with ground-forces weapons my entire life. I know the needs.” 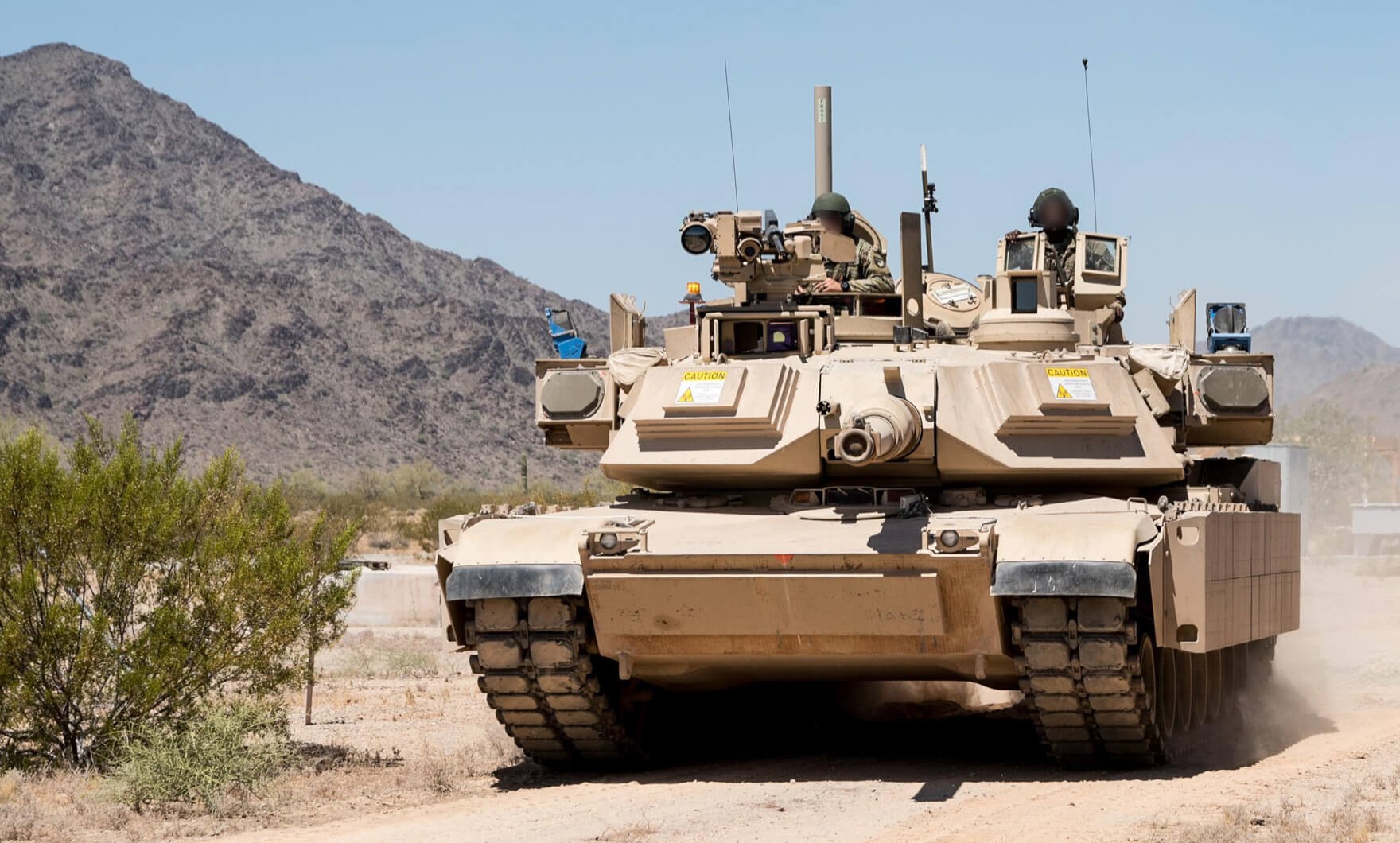 In addition, he said, three of his sons were in the military, including one still actively serving.

“Defending IDF soldiers is a personal matter for me. It is totally personal,” said Lurie. “I sent my eldest son on ‘Operation Protective Edge’ [Israel’s summer 2014 conflict with Hamas in Gaza]. Defending soldiers is the most basic concern for me. We are citizens of the State of Israel, and this is part of being a citizen.”

When these factors add up, the result is a “very strong connection and a deep understanding of needs,” said Lurie. “When the head of the Defense Ministry’s Tank and Armored Personnel Carrier Administration meets me, and brings up a new operational need, the conversation is between partners sharing the same problems, rather than suppliers and clients. Of course, there is also a business dimension. This creates unusual power. For many Rafael systems that we develop and produce, it gives us an edge.”

Trophy has over the years become an international platform, and two months ago, Rafael completed the supply of 400 systems for four Abram tank brigades of the U.S. military.

The system is installed on more than 10 different types of platforms worldwide.

“It is a major honor that the U.S. chose us, displaying faith in the system,” said Lurie. “The U.S. military held a series of extremely intensive tests. It checked Trophy in hundreds of scenarios and conditions, and found that, as Maj. Gen. David Basset, [the U.S. Army’s program executive officer for ground combat vehicles] said, ‘Trophy performs as advertised.’ ”

This coming summer, the U.S. military has invited Rafael to demonstrate a lighter version of the system, called Trophy VPS, on the American Stryker infantry carrier vehicle.

“We developed a lighter version for eight-by-eight wheeled vehicles,” explained Lurie. “To do this, we had to develop a version that is 60 percent of the weight and volume of the original system. It is called Trophy VPS.”

Beyond the IDF and U.S. military, there are a number of clients in Europe.

Around 2,000 systems have been ordered so far worldwide, of which almost 1,000 have been delivered in total.

Meanwhile, upgrades to the system’s radar, central computer and software are ongoing, meaning that Trophy has come a long way since its first 2011 debut.