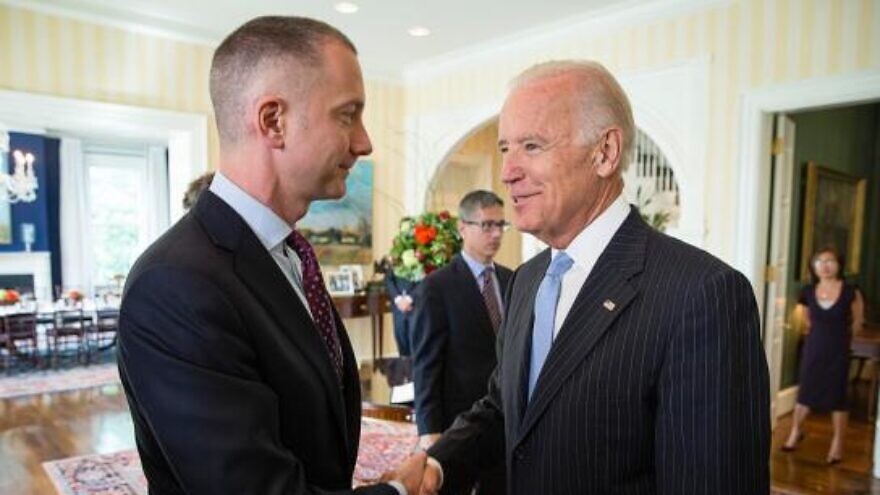 (December 14, 2022 / JNS) Russia’s invasion of Ukraine is “terroristic,” Boris Lozhkin, president of the Jewish Confederation of Ukraine, said during a panel discussion in Kyiv on Tuesday.

During the discussion—which was organized by the Jewish Confederation and Tablet magazine, and served as a preview of the 2023 Kyiv Jewish Forum set for February—experts discussed their perspective on the proper U.S. role in the conflict.

Lozhkin said Ukraine is assured of victory over Russia because of its allies, particularly the bipartisan support it enjoys in the U.S. Congress.

In a recorded message, Rep. Jim Costa (D-Calif.) took the opportunity to reaffirm American support for Kyiv. He highlighted how the three latest pieces of legislation supporting Ukraine garnered support from both parties, including last week’s passage of an $800 million aid package.

“Today I want to reiterate something that is so important, and that’s our continued support for Ukraine,” Costa said in his message.

Moderated by Tablet Deputy Editor Jeremy Stern, the panel also included Niall Ferguson, the Milbank Family Senior Fellow at the Hoover Institution, and Michael Kofman, director of Russia Studies at CNA, a federally-funded research and analysis organization based in Virginia.

Kofman began by describing the war as being in a transitional phase and that while Ukraine has had successes in Kherson, its military advantage hinges on sustained material support from the West.

“I worry that a lot of the coverage of this conflict…because it’s more interesting, focuses on videos of Russian tanks being blown up. Whereas we don’t spend nearly as much time talking about the ways in which Ukraine is struggling to remain afloat economically,” said Ferguson.

The moderator later asked the panelists whether U.S. support for Ukraine would wane as a result of the Republican takeover of the House of Representatives. Ferguson dismissed this fear as mostly baseless.

“There’s a tendency to exaggerate how representative Tucker Carlson is of mainstream Republican sentiment,” said Ferguson, in reference to the popular Fox News talk show host who has been critical of U.S. support for Ukraine.

At the same time, Ferguson did follow up by saying there has been greater “cooling” when it comes to Republican support for Ukraine when compared to that among Democrats. Ferguson dismissed fears by U.S. lawmakers of Russian escalation, instead drawing a parallel to the Korean War, where territorial compromise would risk leaving the region a perpetual conflict zone.

“Ukraine has won [and] is winning, but hasn’t won the war,” said Ferguson.

In closing, the moderator asked the panel what the desired end result of the conflict would be from the standpoint of the U.S.

Ferguson replied that he thought the U.S. aim was to weaken Russia and that one of the consequences of this war is that Russia is now a client state of China.

Kofman highlighted the problems of continued Russian aggression should Ukraine continue to be successful on the battlefield, but said that ultimately it would be better for Ukraine to continue winning and that history would be the judge.

“I can see a range of possible outcomes,” said Kofman. “It will to some extent require some historical reflection.”