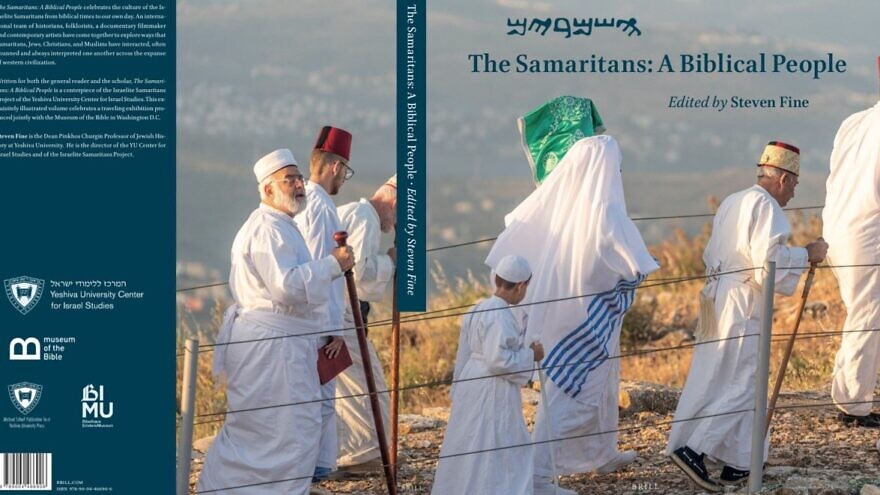 (March 15, 2022, JNS Wire) The Samaritans have been around for thousands of years, tracing their lineage to the “lost” northern tribes of Israel and living alongside Jews, Christians and Muslims for centuries.

The culmination of their years’ long work is now being unveiled in a breakthrough showcase at the end of this month called “The Samaritans: A Biblical People,” a multimedia, interactive experience of the Samaritan Israelites, their world, their place in Jewish history and their relevance in Western civilization.

It marks the first time that important artifacts preserved in museums and libraries worldwide, including paintings, manuscripts, priceless books, photography, ritual objects and archaeological discoveries from Greece, Italy and Israel, have been compiled to illuminate history revealing important lessons in reconciliation, and the potential for interfaith dialogue and cooperation.

Central to the project is a documentary by cultural historian and author Moshe Alafi called “The Samaritans: A Biblical People, ha-Shomronim: Edah. Torah. Har.,” which will get its first public viewing at this event.

It will be followed by a discussion with Fine, Alafi and Erica Brown, director of the Rabbi Lord Jonathan Sacks-Herenstein Center for Values and Leadership, as well as introduce a first-of-its-kind full-color book on the subject by Fine, The Samaritans: A Biblical People. Both explore ways that Samaritans, Jews, Christians and Muslims have interacted and often shunned one another throughout history. A highlight is a series of “Tales of the Samaritan Elders,” recorded for the first time.

A cookbook, called Samaritan Cookbook: A Culinary Odyssey from the Ancient Israelites to the Modern Mediterranean—the first-ever cookbook of Samaritan cuisine in English—will also be featured, while a pop-up art exhibition created specifically for this project by the New York-based non-profit Jewish Art Salon will round out the launch.

“This initiative is an opportunity on the largest possible stage for us all—Jews, Christians, Muslims and Samaritans—to reflect about otherness and complexity, about core issues of who each of us is, and about what we hope to be,” said Fine. “Reconciliation is not easy in our world, especially for a 3,600-year-old enmity; in a real sense, then, this complex attempt at reconciliation is a model for us all.

The event takes place at Yeshiva University’s Museum at the Center for Israel Studies at 15 W. 16th St. in New York on March 27 at 2 p.m.

“The Samaritans: A Biblical People” exhibition will shift to the Museum of the Bible in Washington, D.C., from Sept. 15 to Jan. 2, and then on to the Bibelhaus Museum in Frankfurt, Germany, where it will open in February 2023.

There is a small fee of $10 to attend ($5 for students and faculty). Click here to register.

Republish this article
About The Publishers
Yeshiva University
Publish your organization's press release on JNS Wire
Releases published on the JNS Wire are communicated and paid for by third parties. Jewish News Syndicate, and any of its distribution partners, take zero responsibility for the accuracy of any content published in any press release. All the statements, opinions, figures in text or multimedia including photos or videos included in each release are presented solely by the sponsoring organization, and in no way reflect the views or recommendation of Jewish News Syndicate or any of its partners. If you believe any of the content in a release published on JNS Wire is offensive or abusive, please report a release.