(October 26, 2022, JNS Wire) International March of the Living commends Adidas for its recent decision to immediately terminate its partnership with Ye formerly known as Kanye West, for his most recent anti-Semitic statements, including those threatening the Jewish people.

The decision by Adidas – a German company globally famous for its shoes – carries even greater significance as International March of the Living is now partnering with the Auschwitz-Birkenau Foundation and the Auschwitz–Birkenau State Museum to restore 8,000 shoes which were taken from innocent Jewish children murdered in Auschwitz. These shoes, silent witnesses of lives lost, are the last tangible evidence of those Jewish children led to the gas chambers upon their arrival to the camp. They tell the story of where hatred can lead – a lesson of which Kanye clearly should take note.

Since its inception in 1988, International March of the Living has been at the forefront of teaching the lessons of the Holocaust and standing up against anti-Semitism and all forms of prejudice and intolerance.

During the Holocaust, a pair of well-fitting shoes were often the difference between life and death for those millions of Jews fleeing Nazi Germany’s genocidal attacks, and especially those who were interned in Nazi concentration camps spread across occupied Europe.

In fact, shoes were often among the first personal items seized by Nazi guards when Jews arrived in concentration camps. Thousands of those prisoner’s shoes are still housed as historical artifacts in Auschwitz-Birkenau, where over 1.1 million people including over 1 million Jews, and over 200,000 Jewish children, were murdered.

To reaffirm our strong stance against hatred, we invite all people around the world to join us in the preservation of these 8,000 children’s shoes in the Auschwitz-Birkenau State Museum by participating in our Sole to Soul Campaign at www.motl.org/shoes

Join us in our continued  fight against anti-Semitism. It is only when companies like Adidas cut ties with known promoters of hatred and take a moral stand against dangerous statements such as Kayne West’s, can we hope to build a world where all people feel safe from the evils of prejudice and intolerance. 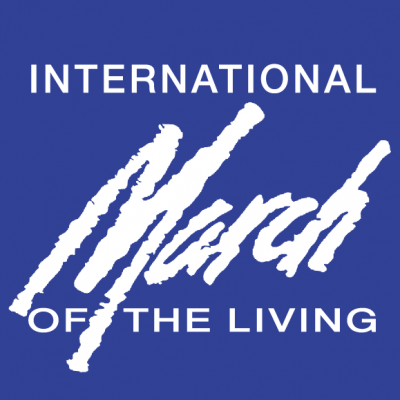 International March of the Living
The International March of the Living is an annual educational program, bringing individuals from around the world to Poland and Israel to study the history of the Holocaust and to examine the roots of prejudice, intolerance and hatred.
Publish your organization's press release on JNS Wire
Releases published on the JNS Wire are communicated and paid for by third parties. Jewish News Syndicate, and any of its distribution partners, take zero responsibility for the accuracy of any content published in any press release. All the statements, opinions, figures in text or multimedia including photos or videos included in each release are presented solely by the sponsoring organization, and in no way reflect the views or recommendation of Jewish News Syndicate or any of its partners. If you believe any of the content in a release published on JNS Wire is offensive or abusive, please report a release.
Never miss a thing
Get the best stories faster with JNS breaking news updates