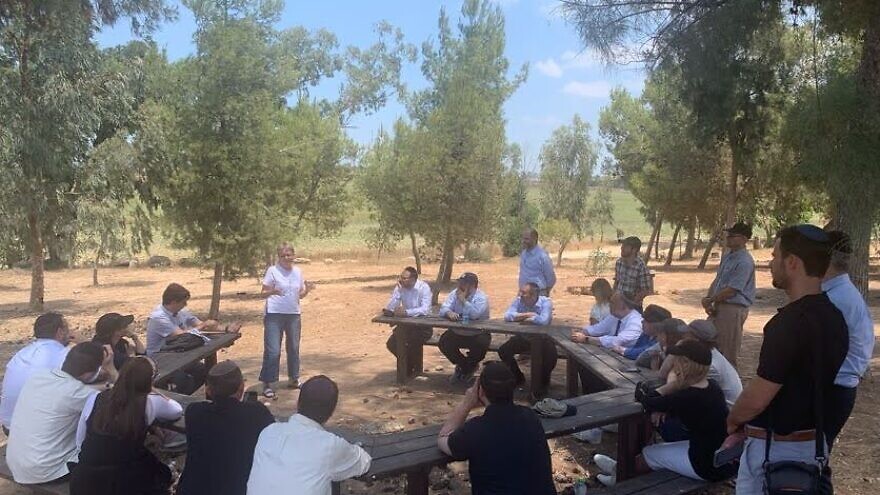 (September 13, 2021, NEW YORK, JNS Wire) Hundreds of synagogues across North America will join in solidarity on Yom Kippur and Sukkot to recite a special prayer for the return of the bodies of fallen Israeli Defense Forces  Lt. Hadar Goldin and St.-Sgt. Oron Shaul. The movement is being led by the Religious Zionists of America-Mizrachi (RZA), and also includes and online petition to learn more about the soldiers and advocate on their behalf.

During the group’s recent rabbinic mission to Israel, participating North American rabbis had the opportunity to meet with Drs. Leah and Simha Goldin, the parents of Hadar Goldin. Before the pandemic the Goldins traveled regularly to plead their son’s case to government authorities abroad. Unfortunately, the pandemic limited not only their ability to regularly work on their son’s case through high-level meetings, but also caused his story to slip from the minds of the officials with the power to apply meaningful pressure on Hamas to release his remains.

“No parent or family should ever have to experience the loss of a child. All the more so, no parent should ever have to live a life in limbo, hoping and praying for the return of their child’s body for the ability to bury them,” said RZA-Mizrachi America Co-President Rabbi Leonard Matanky. “We hope to join together on our most holy of days to storm the heavens in prayer to ask Hashem to bring them home.”

The prayer, beckons Hashem to empower the  return of the remains of both soldiers, was written by Goldin’s family. It loosely translates to “Merciful Father who dwells on high; May He, in His great mercy, remember with compassion the holy and pure soldiers who laid down their lives for the sanctification of His Name.” It goes on to describe “They were swifter than eagles and stronger than lions in carrying out the will of their Maker, and the wish of their steadfast God, with courage and humility.” It closes asking Hashem to remember them for good, together with the other righteous of the world, and bring them to their final resting place amidst their people, Israel.

“After meeting with the parents of Hadar Goldin, we returned from the trip inspired to take action. We immediately set up a petition to help raise the profile and awareness of the situation across our congregations and have since expanded those efforts to other congregations and communities, of all Jewish denominations,” said RZA-Mizrachi America Executive Vice President Rabbi Ari Rockoff. “It was only natural to look to our tradition and prayer as the high holidays approach and even more natural to remember and pray for our brethren on our most holy of days.”

The petition, which was written by RZA rabbis in partnership with the Goldin family and their advocates, has already garnered thousands of signatures. Addressed to Secretary of State Antony Blinken, it calls on the United States’ leading diplomat to increase pressure on Hamas to return the remains of the two soldiers’ bodies and the live civilian hostages it currently holds, Avera Mengistu and Hisham al-Sayed. The petition reminds Blinken that Goldin was killed and captured during a U.S. and U.N. mandated ceasefire and thus it is the opinion of the undersigned, and the families of the victims that both parties share the responsibility to secure the repatriation of his remains. Those interested in reading and signing the petition may do so at www.rza.org/bringthemhome.

About The Publishers
Religious Zionists of America
Publish your organization's press release on JNS Wire
Releases published on the JNS Wire are communicated and paid for by third parties. Jewish News Syndicate, and any of its distribution partners, take zero responsibility for the accuracy of any content published in any press release. All the statements, opinions, figures in text or multimedia including photos or videos included in each release are presented solely by the sponsoring organization, and in no way reflect the views or recommendation of Jewish News Syndicate or any of its partners. If you believe any of the content in a release published on JNS Wire is offensive or abusive, please report a release.