(April 12, 2021, Jerusalem, JNS Wire) On the eve of Yom HaZikaron, a day of remembrance for Israel’s fallen soldiers and victims of terror, Masa Israel Journey is virtually hosting its annual Yom HaZikaron Ceremony. The event will commence on April 13 at 8:00 PM Israel Standard Time (1:00 PM ET/ 10:00 AM PST), and will be held on Facebook Live through Masa’s Facebook page.

Masa’s ceremony is the largest English-language Yom HaZikaron event in Israel and is broadcast globally. Hosted annually in Latrun, Israel, the program was partially pre-recorded this year at the memorial site. Hundreds of thousands of Jews are expected to tune-in, including Masa Israel fellows and alumni and Jewish communities and leaders from the United States, Canada, Britain, Australia, New Zealand, Turkey, Morocco, South Africa, Brazil, Argentina, the former Soviet Union and more.

The annual ceremony is dedicated to the Diaspora community and their contributions to Israel’s story. Each year, 12,000 Masa fellows arrive in Israel for personal and professional journeys, and they report that the Yom HaZikaron Ceremony is one of the most significant moments of their experience. Masa Fellows will gather together for community screenings of this year’s ceremony in five cities throughout Israel, including Tel Aviv and Jerusalem.

Against the backdrop of international flags representing the global Masa community, Fellows Hillel Schwartz from Sharon, Massachusetts and Ilan Leisorek from San Diego, U.S., will lay memorial flowers and light candles to honor Israel’s fallen soldiers and victims of terror.

Exactly two years since the antisemitic shooting at the Chabad of Poway, the ceremony will also pay tribute to Lori Gilbert Kaye z”l who was tragically killed while protecting her rabbi.

“Masa’s Yom Hazikaron Ceremony has become a monumental event over the years. The event provides a unique opportunity for Jews from around the world and Israelis to commemorate Israel’s fallen soldiers and victims of terror together,” said Masa Israel Acting CEO Ofer Gutman. “This ceremony connects the global Jewish community through the story and people of Israel. We are coming together through darkness and lifting one another up. At a time of global crisis, our unity is vital. This is the strength of our Jewish history, and the strength of our Jewish future.”

Click here to view photos from pre-recorded parts of the event. 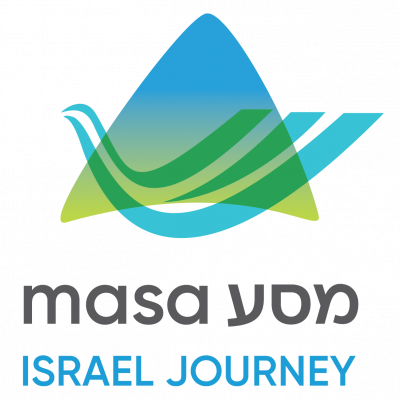 Masa Israel Journey
Masa Israel Journey is the largest immersive, long-term educational experience for young adults ages 18-30. On its programs that range from two months to a year, Masa offers an authentic, unmediated and challenging journey into Israeli society, culture, politics and history – and acts as the largest pipeline for the Jewish Diaspora to access the finest Israeli businesses, social enterprises and academic institutions. Since its 2004 founding by the Israeli Prime Minister’s Office and The Jewish Agency, Masa has served over 160,000 young people from more than 62 countries.
Publish your organization's press release on JNS Wire
Releases published on the JNS Wire are communicated and paid for by third parties. Jewish News Syndicate, and any of its distribution partners, take zero responsibility for the accuracy of any content published in any press release. All the statements, opinions, figures in text or multimedia including photos or videos included in each release are presented solely by the sponsoring organization, and in no way reflect the views or recommendation of Jewish News Syndicate or any of its partners. If you believe any of the content in a release published on JNS Wire is offensive or abusive, please report a release.