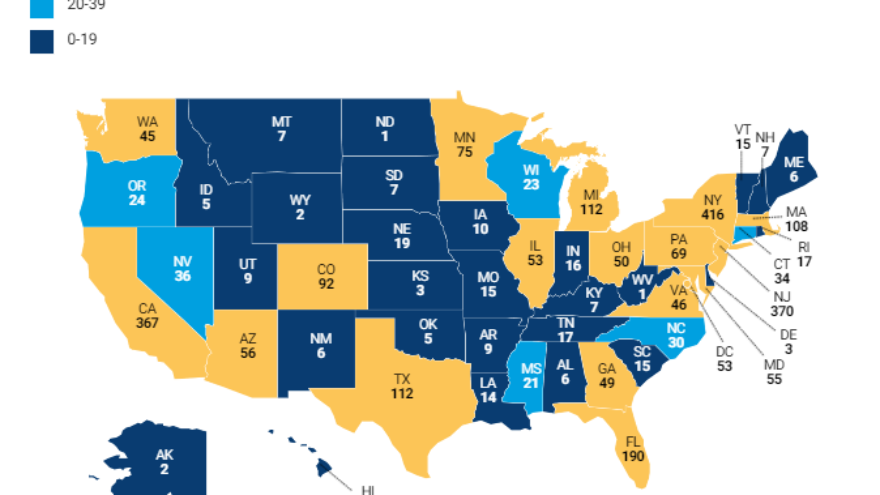 New Jersey is the 2nd highest state for antisemitic incidents in the U.S. (2021). In response to a custody case that is rife with antisemitic abuse, the New Jersey Family Court is unable, or unwilling, to address the issues. 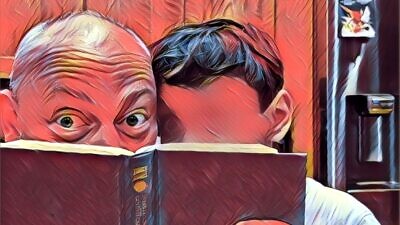 The mother in the case has highjacked the software system the court provided to the parents. Regularly sending hate speech and ethnic slurs to her son’s father, with whom she shares 50/50 custody of their child, the court remains quiet. The father, Mr. Konstantinovski, who is of Jewish faith, was granted asylum and U.S. citizenship after fleeing from religious persecution in Russia. Now he’s being attacked again, this time in New Jersey by his child’s mother, a Russian citizen residing in the U.S., who is not Jewish. Her hate speech attacks continue to break a restraining order placed upon her for domestic violence against Mr. Konstantinovski.

Mr. Konstantinovski’s son was provided court-ordered therapy after he expressed suicidal ideation to his teachers in 2021. Neither the New Jersey Family Court nor the appointed parent coordinator (PC), Atty Romanova, has intervened in more than 8 months, even after the continued hate speech and violations of the restraining order. Konstantinovski’s ex has threatened to move their son to Russia without the court’s, or his father’s, permission. Mr. Konstantinovski cannot return to his native Russia. He cannot see or retrieve his child from Russia if the mother acts on the threats.

Family courts usually appoint a psychiatrist or psychologist as PC to mediate custody cases involving religious or hate speech conflicts, as national APA guidelines for PC roles suggest. However, in this case, the New Jersey Family Court System has assigned an attorney instead. This is because there are no standardized procedures for PCs in New Jersey. Yet, the APA is not the only expert body to believe appointing attorneys as PCs is not the best idea. The Attorneys themselves also believe it’s such a dangerous practice, they submitted a written plea to the court in 2021. Attorney Carmagnola of Carmagnola & Ritardi, LLC, petitioned the New Jersey Family Court on behalf of the New Jersey State Bar Association more than 20 months ago in early 2021, citing an urgent need for a standardized approach to PC appointments due to the negative impacts to children and families. There has been no response. 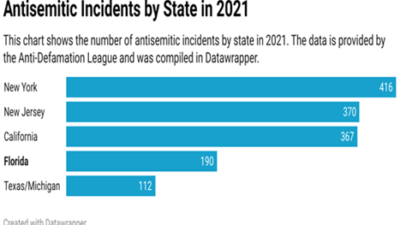 In Florida, antisemitic writing and symbols were painted at a children’s playground and a gated community during incidents of vandalism and burglary. The incidents were orchestrated by 16-year-olds in the city of Weston, outside Ft. Lauderdale. These hate crimes garnered felony charges. The crimes are a repeat of antisemitic incidents in the area.

ALERT The U.S. DHS just re-issued a National Terrorism Advisory, indicating the potential threat to LGBTQIA+, Jewish, and migrant communities from violent extremists inside the U.S.

DEEP DIVE: For more, see this series on antisemitism and racism in America.

Republish this article
About The Publishers
PR Ninjas
Journalists and publicists armed with hard-hitting data, reaching out to the world to raise awareness.
Publish your organization's press release on JNS Wire
Releases published on the JNS Wire are communicated and paid for by third parties. Jewish News Syndicate, and any of its distribution partners, take zero responsibility for the accuracy of any content published in any press release. All the statements, opinions, figures in text or multimedia including photos or videos included in each release are presented solely by the sponsoring organization, and in no way reflect the views or recommendation of Jewish News Syndicate or any of its partners. If you believe any of the content in a release published on JNS Wire is offensive or abusive, please report a release.
Never miss a thing
Get the best stories faster with JNS breaking news updates