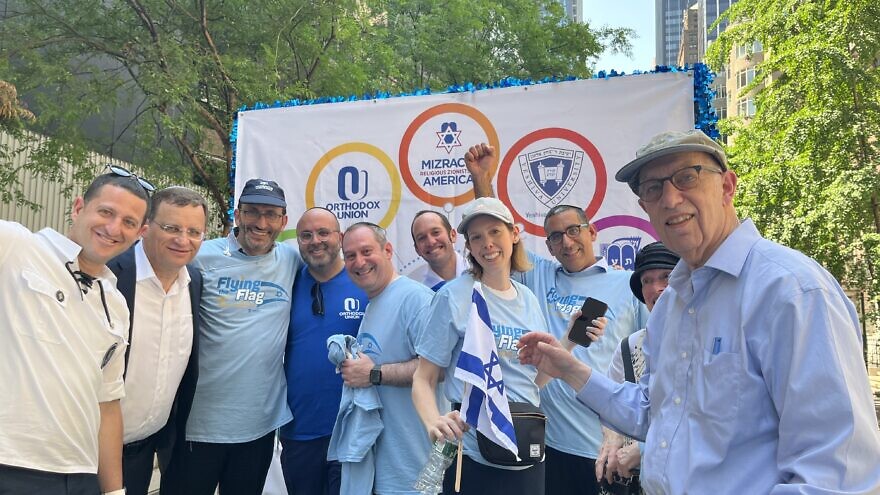 With 60 of the top names in the American religious Zionist community in tow, the Orthodox Israel Coalition (OIC) debuted its first-ever unified float on Fifth Avenue for the world-renowned Israeli Day Parade on May 22, 2022
Spread the word.
Help JNS grow!
Share now:

With 60 of the top names in the American religious Zionist community in tow, the Orthodox Israel Coalition (OIC) debuted its first-ever unified float on Fifth Avenue for the world-renowned Israeli Day Parade on May 22, 2022.

The OIC is a broad-based group of the ten major modern-Orthodox organizations in the United States that transformed the landscape of the ‘Parliament of the Jewish People’ after placing second in the 2020 World Zionist Congress elections. For the first time in history, delegates representing the Orthodox community would make up more than a third of the overall congress, and their historic victory uniquely positioned the group to advance religious Zionism through Israel’s national institutions. The group includes the Religious Zionists of America-Mizrachi (RZA), AMIT, the Orthodox Union (OU), Yeshiva University (YU), Touro College, Bnei Akiva, Torah MiTzion, National Council of Young Israel (NCYI), Rabbinical Council of America and Russian American Jewish Experience (RAJE).

“For the first time in our 120-year history, the North American religious Zionist organizations are operating as one collective voice, allowing us to create the roadmap that will guide the next generation of Jewish leaders,” said RZA Executive Vice President Rabbi Ari Rockoff. “Our unified representation here today in celebration of Eretz Yisrael highlights the bright future that exists for the American religious Zionist movement.”

The eye-catching float was themed “Flying the Flag” and featured several murals and banners highlighting the coalition’s inspiring mission of supporting religious Zionism in the US and inspiring future generations with the same values. On the front left, parade revelers could see the steadfast Mizrachi slogan, “Celebrating 120 Years of Religious Zionism,” nested between two Israeli flags. Mounted on the rear wall’s front-facing side was a large colorful bubble graphic displaying the names and logos of each of the coalition’s ten participating member organizations. Showcased on either side of the float’s left facing panel were inspiring photos of previous years participants from Mizrachi affiliated gap year programs in Israel.

“AMIT is proud to join in the parade with the OIC today to show our united support for Israel,” said AMIT board member Channah Shields who joined the float. “Since before the founding of the state, AMIT has nurtured and educated Israel’s children, helping build Israel’s future through education.  We are thrilled to be here together with our remarkable coalition whose collective values continue to inspire the global Jewish community and we look forward to our continued collaboration for the religious Zionist community here in the United States. 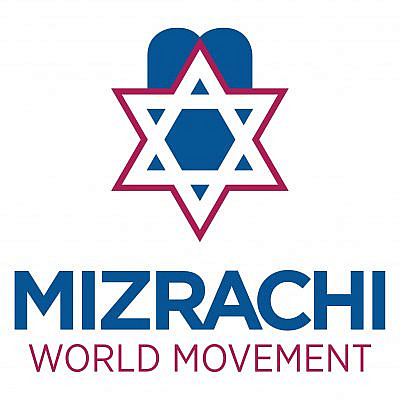 Orthodox Israel Coalition
Publish your organization's press release on JNS Wire
Releases published on the JNS Wire are communicated and paid for by third parties. Jewish News Syndicate, and any of its distribution partners, take zero responsibility for the accuracy of any content published in any press release. All the statements, opinions, figures in text or multimedia including photos or videos included in each release are presented solely by the sponsoring organization, and in no way reflect the views or recommendation of Jewish News Syndicate or any of its partners. If you believe any of the content in a release published on JNS Wire is offensive or abusive, please report a release.
Never miss a thing
Get the best stories faster with JNS breaking news updates