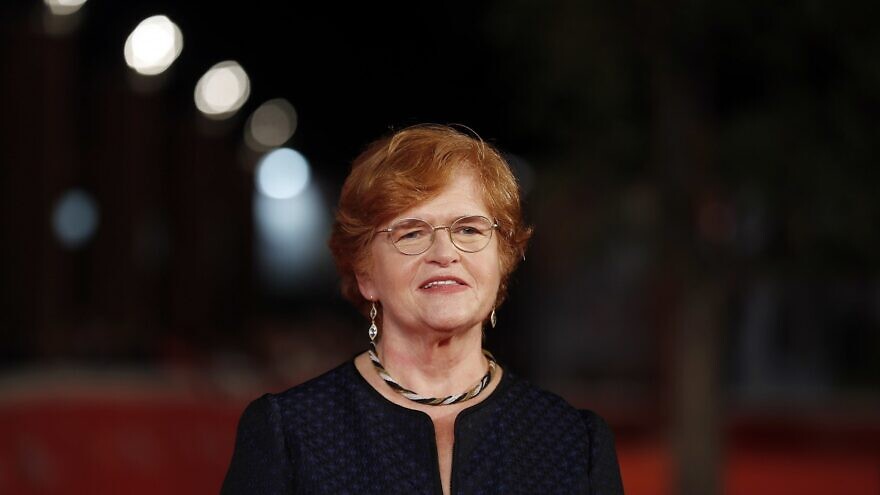 (November 17, 2021, JNS Wire) Disproportionate criticism of Israel should be considered antisemitism, renowned Holocaust historian Dr. Deborah Lipstadt has said in a newly released episode of the All Inclusive with Jay Ruderman podcast.

“When you pick out, when you make Israel the singular focus, I have to ask, ‘Why, what’s behind it? What’s underlying it?’ Maybe not in all cases, but I would say in many cases it’s antisemitism — maybe unconscious antisemitism, but it’s antisemitism,” said Lipstadt, the Dorot Professor of Modern Jewish History and Holocaust Studies at Emory University in Atlanta as well as the author of eight books on the topic of antisemitism. She is arguably best known for her libel trial against David Irving, the subject of her book History on Trial: My Day in Court with a Holocaust Denier.

“If you look at the UN Human Rights Council Commission, the number of combinations they pass of Israel and none of China for the Uyghurs or the Rohingyas in Myanmar, or other places in which they’ve been genocides — it’s just striking,” Lipstadt told the podcast’s host, Ruderman Family Foundation President Jay Ruderman. “That’s not to say, I’m not arguing that everybody does it therefore a prejudice or oppression or mistreatment is right. I’m not saying that at all, and I’m not saying that everything Israel has done is right. But this proportionate attention you just have to ask, why?”

In response to those who don’t believe in the right for a Jewish State to exist, Lipstadt argued, “Give me an example of one Muslim state with possibly the exception of Morocco, where Jews and other religions live and prosper as minorities. A, you want to say the Jews as a people don’t have the right to a national identity in the national homeland, and B, you’re glibly willing to do away with the State of Israel without thinking of the personal consequences. I would say if that’s not antisemitism, it’s pretty darn close to it.”

At the same time, Lipstadt acknowledged that attempting to make a connection between anti-Zionism and antisemitism must be a nuanced process, and cautioned that the Jewish community should avoid labeling all criticism of Israeli policies as antisemitism.

“We, particularly we in the Jewish community, have to be very careful because if we call any criticism antisemitism, then when we confront real antisemitism, nobody’s going to pay attention to us,” she said.

Asked why antisemitism has surged in recent years, Lipstadt pointed to the divisiveness in America that was amplified during former President Donald Trump’s time in office.

In the All Inclusive podcast, Ruderman Family Foundation President Jay Ruderman interviews leaders and experts across a wide array of industries on the latest news, technology, and advocacy pertaining to social justice. Ruderman and the program’s guests share the mindset that in order to make progress that will lead to an innovative future, honest discussions must be held.