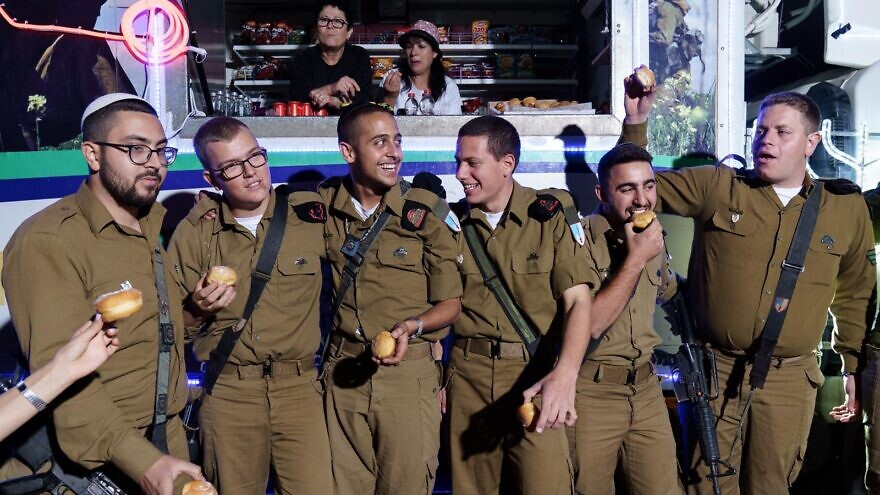 Lone soldiers who serve in the battalion and are celebrating the holiday far from their homes and families abroad attended the event. “It’s not easy to celebrate the holiday so far from family and home”, said Alexander Konchev, a tank driver and lone soldier who had made aliyah from Ukraine. “It’s exciting that even when you are far from home, there are people who think of you and make sure you feel the holiday and celebrate it together with the battalion. 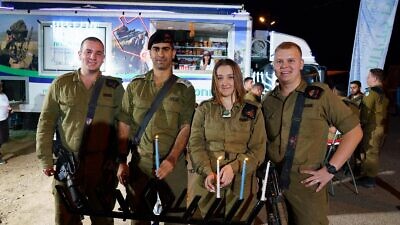 The IFCJ/IDF Food Trucks reach tens of thousands of soldiers a year at various bases and outposts along the borders, and, of course, they await the combat soldiers at the end of the long trek at the end of basic training and brigade exercises. The IFCJ/IDF Food Trucks operated intensively during the COVID-19 nation-wide closures, reaching soldiers who had been confined to bases for extended periods.

On a daily basis, six “IFCJ/IDF Food Trucks” travel between outposts and bases around the country to distribute free snacks, ice cream bars and drinks to combat soldiers. Half of the IFCJ/IDF Food Trucks have coffee tables, WI-FI, TV, ice cream, charging ports for mobile phones, a popcorn machine and more. The IFCJ/IDF Food Trucks were donated by IFCJ, which also funds their day-to-day activities. The Food Trucks are operated by volunteers and Yahad for the Wellbeing of Israel’s Soldiers staff. The project is dedicated to the memory of IFCJ founder, Rabbi Yechiel Eckstein, z”l.

Yael Eckstein, IFCJ President: “IDF combat soldiers are the defensive wall for us all. Even during the days of Hanukkah, where we all gather with our families to light candles and rejoice together, they stand on guard away from home, in harsh weather conditions and exposed to dangers. I am proud of the IFCJ/IDF Food Trucks project and happy for this opportunity to bring the soldiers a little happiness.” 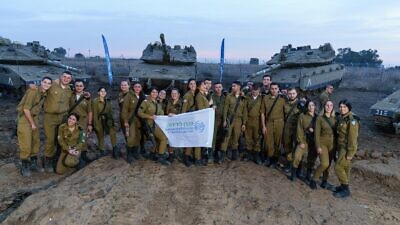 Republish this article
About The Publishers
International Fellowship of Christians and Jews (IFCJ)
The IFCJ, founded by Rabbi Yechiel Eckstein, z”l, is the largest humanitarian assistance organization in the country, which works to strengthen Israel's social resilience. The IFCJ, which operates through generous donors from around the world who love Israel, has focused on assisting populations in distress. So far, it has raised over five billion shekels to carry out various projects in the fields of poverty and welfare, Aliyah and integration, and strengthening the Israeli home front during times of emergency.
Publish your organization's press release on JNS Wire
Releases published on the JNS Wire are communicated and paid for by third parties. Jewish News Syndicate, and any of its distribution partners, take zero responsibility for the accuracy of any content published in any press release. All the statements, opinions, figures in text or multimedia including photos or videos included in each release are presented solely by the sponsoring organization, and in no way reflect the views or recommendation of Jewish News Syndicate or any of its partners. If you believe any of the content in a release published on JNS Wire is offensive or abusive, please report a release.