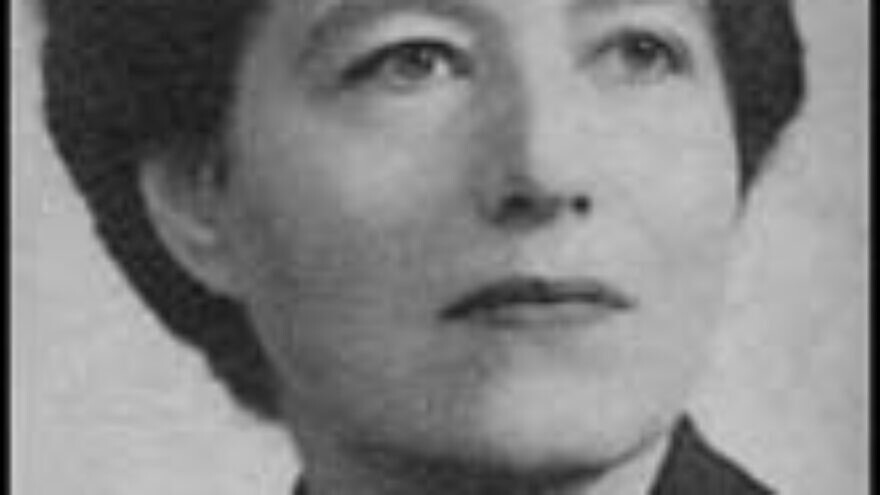 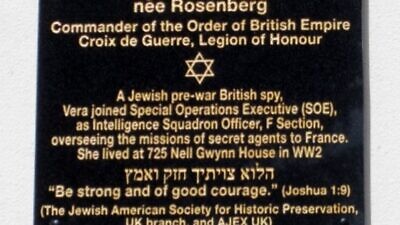 The text of the marker reads;

“Commander of the Order of the British Empire, Croix de Guerre, Legion of Honour 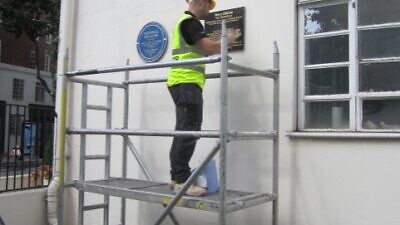 Vera May Atkins, Commander of the Order of the British Empire, Croix de Guerre, Legion of Honor (June 15 1908 – June 24, 2000), was a Romanian-born Jewish British intelligence officer. In Romania, she worked as a British spy getting very close to the Nazi ambassador and extracting vital information about Nazi plans in Europe.

In the U.K., as a refugee, she overcame British discrimination, being both a Female and Jew. Her prodigious skills as a linguist, memory, management, hard work, personal courage, and toughness were broadly respected. Quickly, she became a vital link in the British clandestine operations, S.O.E., Special Operations Executive. She eventually ran over 400 spies in Occupied Nazi France between 1941-1945.

She was the first woman, if not one of the very first women, ever to have achieved her level of operational influence and control in the S.O.E.’s history.

Planning for a dedication of the historical plaque is in progress.  Contact JASHP1@msn.com