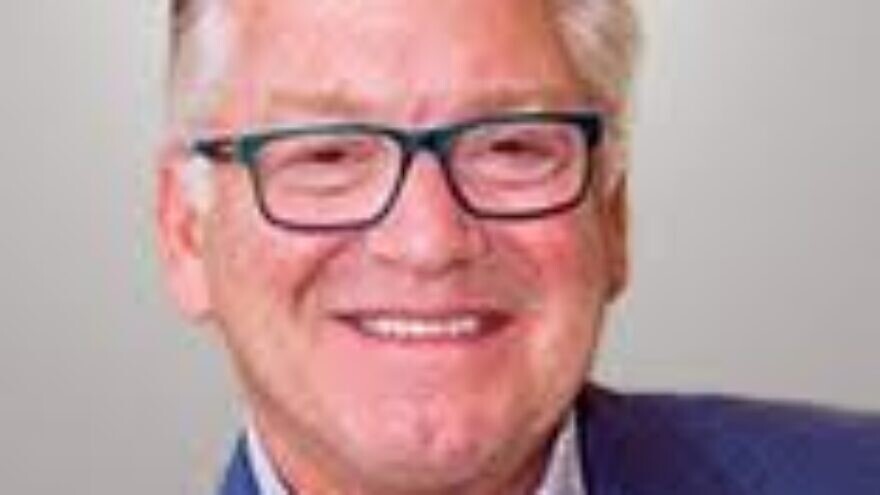 (September 8, 2022, JNS Wire) “The Zionist Legacy Award in recognition of the tremendous contribution made by the film Upheaval towards Zionist activity around the world is given to Executive Producer Rob Schwartz and his team at HLI (Hidden Light Institute) with great pride,” stated Nerya Meir, Head of the Diaspora Department of the World Zionist Organization (WZO) in Jerusalem.

Meir traveled to Denver from Jerusalem to be a part of the community screening of Upheaval at Aish of the Rockies.

Rabbi Yaacov Meyer, Founder and CEO of Aish added, “We are so proud of Rob as a congregant and member. He has worked so diligently over the past six years.”

The Diaspora Department is a leading department in the World Zionist Organization. With the goal to strengthen the bond between Jews around the world and Israel and foster long lasting impact, together with local Jewish communities and organizations, the department creates educational programs and leadership initiatives which promote Zionism and Israel’s relevancy and centrality for Jews globally.

As part of this vision, the department partnered with the Hidden Light Institute, headed by Mr. Rob Schwartz, to bring the film Upheaval, which tells the unique story of the Israeli leader Menachem Begin, to Jewish communities globally. Begin spoke of Jewish pride, fought for Jewish unity, and represents the resilience that exemplifies the State of Israel. All these core values are brought forward in a moving and inspiring way in the Upheaval film. The film, which was screened in hundreds of Jewish communities around the world, not only sheds light on an outstanding and profound Israeli leader and the legacy he left behind, but it also deepens the connection between its many viewers with Israel and its story.

Many contributed and took part in the creation of this important film, nonetheless the visionary and driving force behind it is Mr. Rob Schwartz. This month is the 125-year anniversary of the first Zionist Congress, where Hertzl famously declared, “Im Tirzu, Ein Zo Agadah” (If you will it, it is no dream). This is the characteristic which best symbolizes Mr. Schwartz and his incredible work. Therefore, we have decided to grant him with the Zionist Legacy Award of the World Zionist Organization. Nerya Meir said, “While there are many movies about Israel and its leaders, this is the first film centered on Menachem Begin – one of Israel’s greatest leaders who truly understood the importance of a strong bond between all of the Jewish people – from Israel and all over the world. It is a beautiful tool for promoting the values of Zionism and how they can be applied to today’s younger generation.”

We are very grateful to have the opportunity to present Rob with this award in person in his hometown of Denver, Colorado, at a screening of Upheaval. We view this as an opportunity to create new relationships with the Jewish community in Denver.

Meir said, “This will be my first visit to Denver, hopefully of many more to come, where I look forward to learning more about this vibrant Jewish community and finding opportunities to work together to foster Jewish life and promote the importance of a strong connection to Israel.”

Republish this article
About The Publishers
World Zionist Organization
Publish your organization's press release on JNS Wire
Releases published on the JNS Wire are communicated and paid for by third parties. Jewish News Syndicate, and any of its distribution partners, take zero responsibility for the accuracy of any content published in any press release. All the statements, opinions, figures in text or multimedia including photos or videos included in each release are presented solely by the sponsoring organization, and in no way reflect the views or recommendation of Jewish News Syndicate or any of its partners. If you believe any of the content in a release published on JNS Wire is offensive or abusive, please report a release.
Never miss a thing
Get the best stories faster with JNS breaking news updates