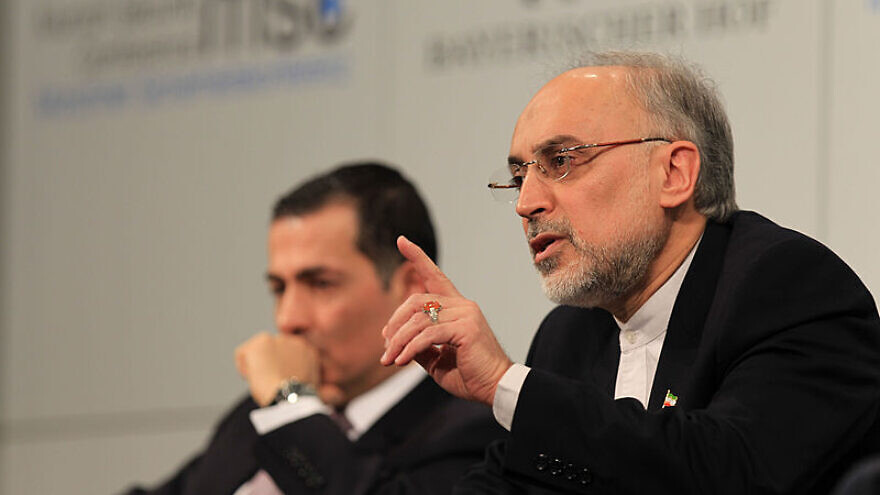 (April 13, 2021 / MEMRI) A day before an “electrical incident” reportedly took Iran’s Natanz nuclear facility offline on Sunday, the head of the country’s Atomic Energy Organization said a full chain of advanced uranium-enrichment centrifuges had begun operation at the site, years ahead of schedule.

Ali-Akbar Salehi told Iran’s Channel 1 that the chain of 164 IR-6 centrifuges were to have gone into operation only in seven to eight years. Iran now had an enrichment capacity of 16,500 SWU (separative work units), he said, compared to just 13,000 SWU in 2013, prior to the signing of the Joint Comprehensive Plan of Action nuclear accord.

“Now we have 16,500 SWU and this capacity is constantly growing. All of this is without using the IR-1 centrifuges that we pulled out as part of the JCPOA. If we added those, our capacity would have surpassed 25,000 SWU,” he said. “However, we are taking slow and calculated steps forward.”

Salehi went on to say that the Natanz facility was back to full operation following the blast at the site last year, adding that the facility was scheduled to move deep underground by the end of 2021.

“Unfortunately, about 10 months ago, the enemy blew up the hall [at Natanz] in which our centrifuges are assembled. But we did not stop. Today, it was announced that we had managed to build a hall to replace the one that was lost. This is temporary, of course. Currently, we are working 24/7 to move all our sensitive halls into the heart of the mountain near Natanz. We hope that these halls in the heart of the mountain will be ready by next year, so we can move these facilities to them,” he said.

“With regard to enrichment, I can tell you that Iran has reached the technological threshold, and we no longer have any problems. We are designing our own [centrifuges], and no longer in need of reverse engineering,” he added.

Salehi also revealed details regarding Iran’s new IR-9 centrifuge. The IR-9, he said, “is about 5 meters long. It is a real monster. It has a large diameter and is very tall.”

“So what are we doing? In order to test this centrifuge, our engineers do it at first with one sub-critical rotor. Then they install two rotors, one on top of the other, and so on. It takes 10 years to pass through all these phases and bring the IR-9 centrifuges to industrial production. Today we unveiled the sub-critical and one-bellow centrifuges. We already built the 5-bellow centrifuge and started it, but we must begin from the no-bellow phase and proceed in the natural technical stages.”

Iran can achieve 190,000 SWU within two or three years using just IR-6 centrifuges, he said, but does not wish to, preferring to proceed at a pace of “natural growth.”