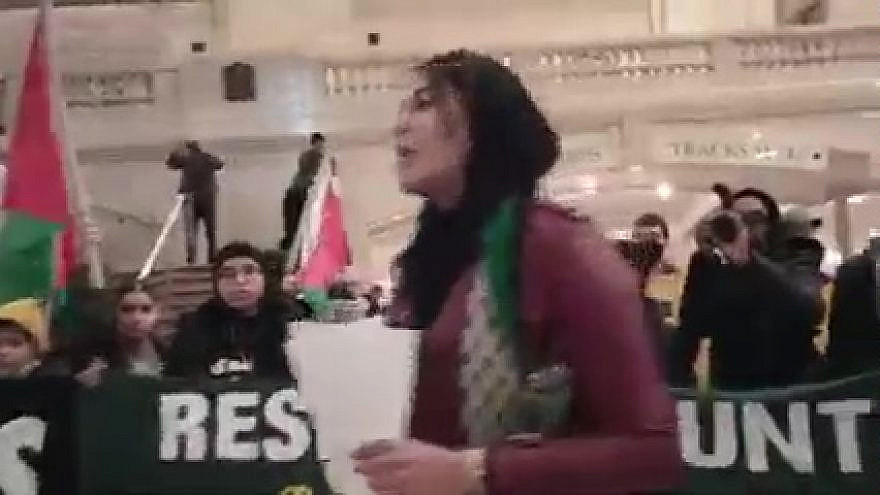 Sa’adat, the leader of the Popular Front for the Liberation of Palestine (PFLP), a U.S.-designated terrorist group, is currently serving a 30-year prison term in Israel for planning the 2001 murder of Israeli Cabinet member Rehavam Ze’evi.

The organizations, Samidoun and Within Our Lifetime, are also calling for the release of Ahmad Manasra, a Palestinian teenager currently serving a prison term in Israel for the attempted murder of an Israeli youth, according to the Middle East Media Research Institute (MEMRI).

According to MEMRI, protesters shouted, “Free them all; Zionism must fall! With our spirit and our blood, we will redeem you, oh Palestine! We don’t want no two states; we want all of it!” as well as “Five, six, seven, eight, crush the settler Zionist State!” and “Globalize the Intifada!”

In November, a top Samidoun representative called for the United States, Canada and the European Union to be conquered.

Samidoun was designated a terrorist organization by Israel due to its ties to the PFLP, whose members founded it in 2012.