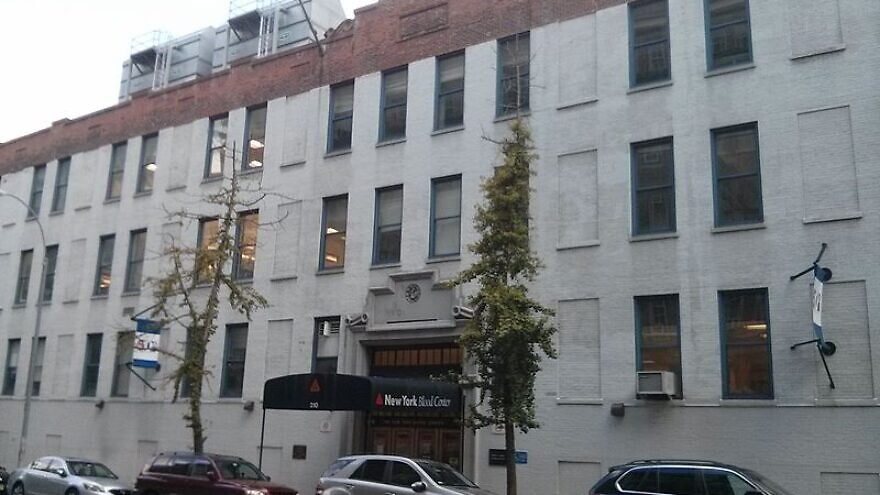 (April 22, 2020 / JNS) One of New York’s largest blood banks is partnering with the national Orthodox Jewish umbrella group Agudath Israel of America and a network of dedicated volunteers to bring potentially lifesaving blood plasma to patients suffering from the coronavirus, announced Agudath Israel on Wednesday.

New York Blood Center, a nonprofit with locations throughout the tristate area, will work with Agudath to encourage survivors of the deadly virus to donate their plasma in an effort to help COVID-19 patients recover.

Doctors are using the active antibodies in blood plasma from people who have recovered from the virus to treat sick patients through blood transfusions, one of the few therapies that has shown promise against the global pandemic. The treatment, called convalescent plasma therapy, is medically cutting edge for the treatment of coronavirus.

While it remains unclear why some patients respond better to the treatment than others, the therapy has a track record of success when used to combat similar viruses such as H1N1, severe acute respiratory syndrome (SARS) and Middle East respiratory syndrome (MERS). Results from early use in coronavirus patients have been encouraging.

New York Blood Center is seeking to secure enough donations to maintain a bank of blood with coronavirus antibodies for use in New York City area hospitals, said the center’s officials.

In addition to potentially saving lives, if plasma therapy can help some patients recover more rapidly, that could open up hospital beds and relieve pressure off New York’s buckling health-care infrastructure.

“The Jewish ethos places supreme value on life,” said Avrohom Weinstock, Agudath Israel’s Chief of Staff. “We knew we could uniquely mobilize our constituents to help for something like this, but the response has exceeded our expectations. Within hours of our plasma solicitation—just before Passover, no less—we had hundreds of calls to donate.”

Mordy Serle, an Orthodox Jewish attorney from Brooklyn, dropped everything to help coordinate the effort.

“This became personal for me when my father-in-law became seriously ill,” he said. “After he recovered, my only thought was, ‘What can I do to help others?’ ”

Danny Riemer and his wife, Sheera, of New Rochelle, N.Y., which was particularly hard-hit with infection, were among the first volunteers to donate blood plasma in early April.

“This was a way to turn our personal bouts with coronavirus into something positive that can help others,” they said.

Agudath Israel and its volunteers are also working to help bring hospitals in the New York area and throughout the country on board to administer plasma to coronavirus patients.

With the U.S. Food and Drug Administration now fast-tracking plasma therapy for either plasma clinical trials or immediate use, and the Mayo Clinic opening its doors for other hospitals to participate in its study, the administrative load is now lighter than most hospitals realize to start delivering plasma to critically ill patients.

“This is what we were created for,” said New York Blood Bank chief medical and scientific officer Beth H. Shaz. “It has been heartwarming to see Agudath Israel and the Jewish community step up in such a tangible way to get as much plasma as possible to the patients who need it.”