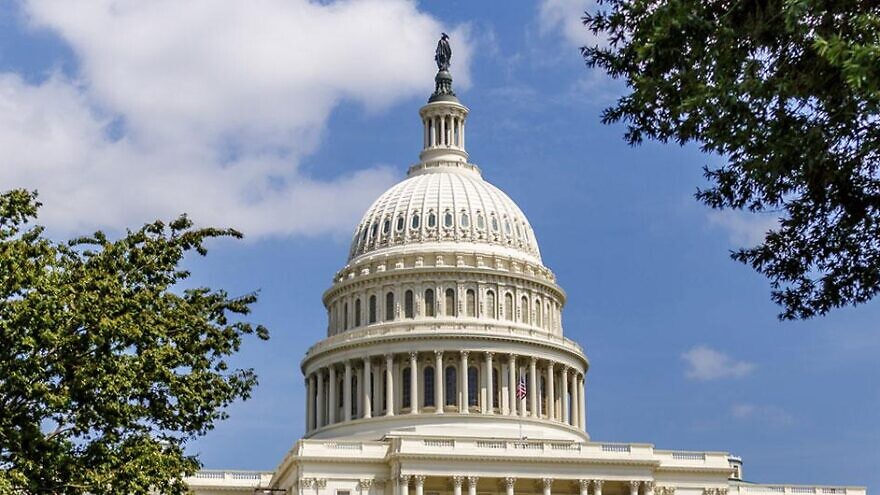 (July 20, 2020 / JNS) Rep. Alexandria Ocasio-Cortez (D-N.Y.) praised the support by at least 10 anti-Semitic groups for a letter issued by her and signed by other Democrats, The Washington Free Beacon recently reported, citing “an internal email circulated to House Democrats.”

The “supporting organizations” listed on the letter include ones related to the anti-Israel BDS movement, including the U.S. Campaign for Palestinian Rights, American Muslims for Palestine, American Friends Service Committee, Churches for Middle East Peace and Defense for Children International-Palestine.

The Defense for Children International-Palestine has been linked to the Popular Front for the Liberation of Palestine, designated a terror group by the United States and European Union.

The letter last month to U.S. Secretary of State Mike Pompeo threatened the conditioning or even cutting off of U.S. assistance to Israel if the Jewish state goes ahead with its plans to apply sovereignty to—or what they call annex—parts of the West Bank, also known as Judea and Samaria.

In the letter, the progressive members of Congress, citing unspecified “leading human rights experts,” warn that “annexing parts of the West Bank will perpetuate and entrench human rights violations against Palestinians including limitations on freedom of movement, mass expropriation of privately-owned Palestinian land, further expansion of illegal settlements, continued demolitions of Palestinian homes, and a loss of Palestinian control over their natural resources.”

The letter accuses Israel of “paving the path toward an apartheid system” since it won’t grant citizenship to Palestinians living in annexed territory,” despite the Palestinians being under the control of the Palestinian Authority, which has long been known for corruption, human-rights abuses and supporting terrorism against Israelis.

“The U.S. should work to build a future in which all Palestinians and Israelis live under full equality by upholding a foreign policy that centers human rights and dignity for all people,” states the letter. “We therefore call on you to use a combination of pressure and incentives to stop Israel’s plans to illegally annex the West Bank, which would ensure a worsening of the situation for all Palestinians and Israelis.”

The Congress members warn that if Israel were to go ahead with annexation, which the Israeli government has said it will do some time after July 1, “we will work to ensure non-recognition as well as pursue conditions on the $3.8 billion in U.S. military funding to Israel, including human rights conditions and withholding funds for the off-shore procurement of Israeli weapons equal to or exceeding the amount the Israeli government spends annually to fund settlements, as well as the policies and practices that sustain and enable them.”

The American Israel Public Affairs Committee and other pro-Israel groups have pushed back against the letter.

In response to the Democratic letter, a group of U.S. House Republicans penned a letter this month to Pompeo in support of Israel possibly extending sovereignty to the West Bank.