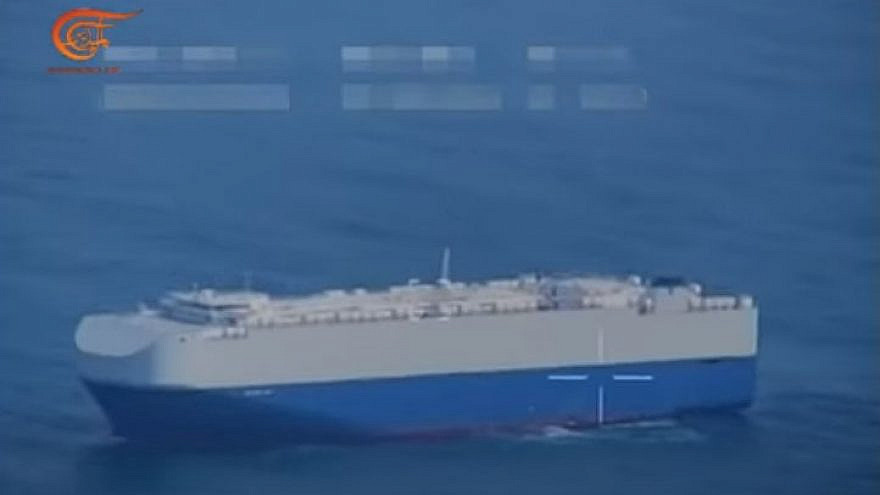 (March 8, 2021 / JNS) A pro-Hezbollah, Arabic news channel released footage on Sunday of the MV Helios Ray, the damaged Israeli-owned cargo ship, after it was attacked in the Gulf of Oman on Feb. 26.

Al Mayadeen reported that “informed sources” had provided the outlet with the exclusive clip, which it said had been taken from an Iranian drone. The outlet asserted that the footage showed that holes in the ship’s hull “were not caused by an external attack, but elements from inside the ship itself caused these holes to create a false impression.”

An Iranian official “who asked not to be named” was quoted by Al Mayadeen as saying that “there is no reason to carry out an operation against an Israeli cargo ship, especially in the weeks before the [Israeli] elections.”

On March 1, Israeli Prime Minister Benjamin Netanyahu stated that the attack on the car-carrier ship was “indeed an Iranian action, that’s clear.”

The vessel was targeted above the waterline and in a way that has led Israeli defense officials to speculate that the intention of the attackers was to avoid casualties. No injuries were reported in the incident.