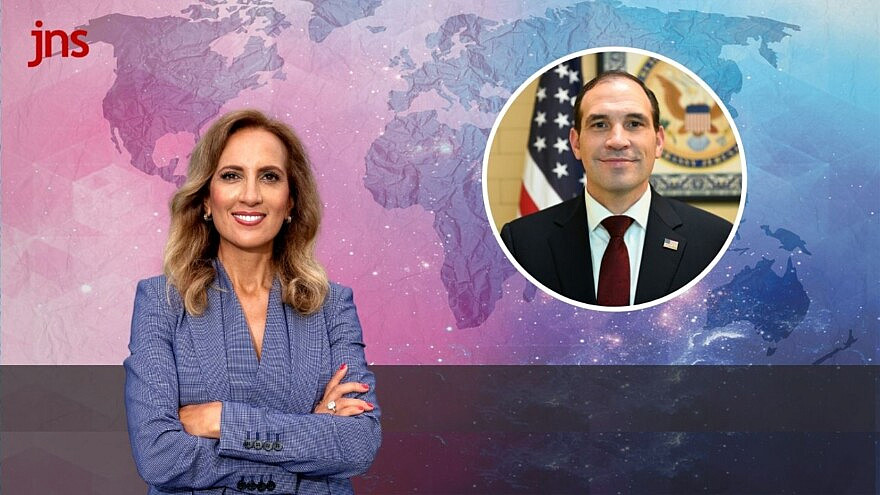 (June 1, 2022 / JNS) Former U.S. President Donald Trump did not move the American embassy from Tel Aviv to Jerusalem for Israel, according to Aryeh Lightstone, a former senior aide to David Friedman, who served as the U.S. ambassador to Israel under Trump.

He also did not do it to upset Jordan or the Palestinians.

“He did it for the United States of America,” Lightstone said in an interview with Ellie Cohanim on “Global Perspectives.”

On this week’s episode, Cohanim and Lightstone talk about the Trump administration’s greatest foreign policy achievements, ahead of the release of Lightstone’s book on June 28: “Let My People Know: The Incredible Story of the Middle East.”

“There was a law in our books since 1995, the famous Jerusalem Embassy Act, and the fact that each consecutive president from 1995 until President Trump did not follow the law demonstrated that we were not a true superpower. Why? Because we have a law and our obligation is to follow what the people of the United States want, as represented by their representatives in Washington, D.C … And [the move] wasn’t a mistake,” sayd Lightstone. 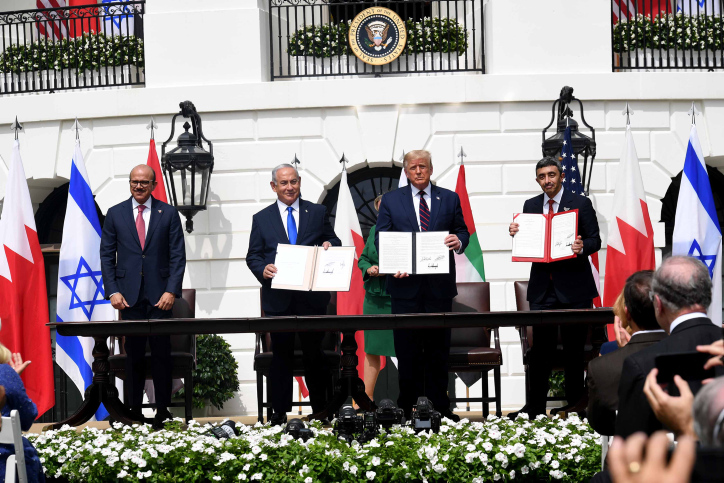 They also spoke about the Abraham Accords, including sharing insider stories from the days of the negotiations. Lightstone said that he would “encourage the current United States government to double and triple and quadruple down on the Abraham Accords, because they’re not a Republican ideal. They’re not a democratic ideal. They’re an American ideal. And we should be investing everything we can in their success, because if, God forbid, they do not have these peace dividends, if, God forbid, you do not see a benefit from peace, then the alternative is far worse.”

Finally, they discuss the Palestinians unwillingness to engage in a peace process with Israel, which Lightstone says is because of their “narrative.” However, “they’re not entitled to a narrative that is both factually inaccurate, but also one that is detrimental to their own people.”

“I know the Israelis are waiting with open arms, I truly hope that the Palestinians will unclench their fists long enough to be able to shake those hands,” Lightstone said.