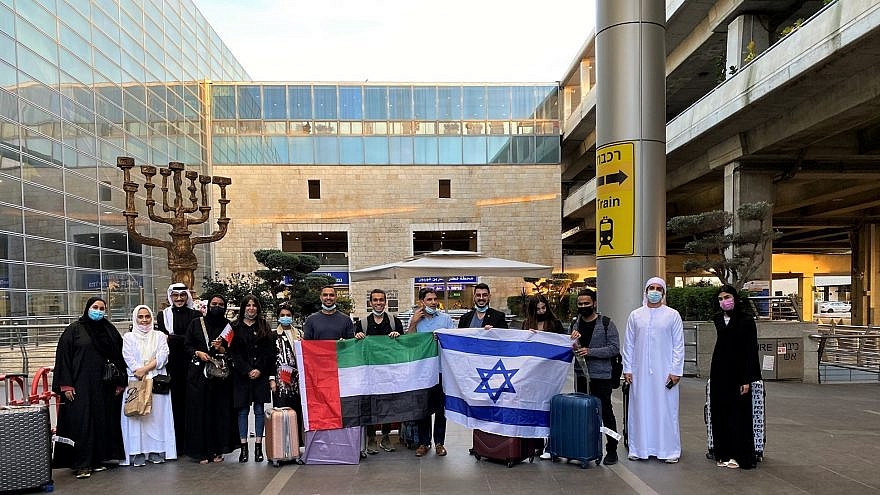 (January 15, 2021 / JNS) Amid expanding ties between Israel and the United Arab Emirates following the Abraham Accords, a leading Palestinian BDS organization is giving up on efforts to boycott the Jewish state inside of the Arab Gulf country.

In a statement, the Palestinian Campaign for the Academic and Cultural Boycott of Israel (PACBI)—a member of the Palestinian BDS National Committee—announced that it would “exclude” those residing in the UAE from its call to ban UAE-Israeli economic and diplomatic partnerships.

“The PACBI takes into account the delicate situation of Arab subjects in Arab countries, such as the United Arab Emirates, ruled by tyrannical regimes that have become a hotbed of normalization and betrayal plans and projects in the region,” wrote the BDS group.

Previously, the PACBI had called on Emiratis to boycott several major UAE companies and institutions that had established ties with Israel, including the First Dhabi Bank, Emirates Policy Center and Dubai Expo.

The move by the BDS movement to drop its efforts to boycott Israel in the UAE comes as Arabs in countries that signed the Abraham Accords are showing increasingly positive attitudes towards the Jewish state.

A new report from Israel’s Ministry of Strategic Affairs (MSA) found a substantial decrease in negative posts on Arab social media regarding normalization with Israel in the weeks after the agreements were signed.

According to the MSA, the decline in negative comments towards Israel and normalization was in part due to the public awareness campaigns carried out by the respective governments.

“We are at the beginning of a new era in the Middle East. The agreements with the UAE, Bahrain, Sudan and Morocco are historic steps towards promoting normalization, the complete opposite of delegitimization,” said Minister of Strategic Affairs Michael Biton.

“We have already begun to see the change in attitude towards Israel among the populace of these and other countries,” he continued. “The task now facing the ministry is to actively strengthen the perception of the State of Israel among the Arab public, especially those which have normalization agreements with us.”