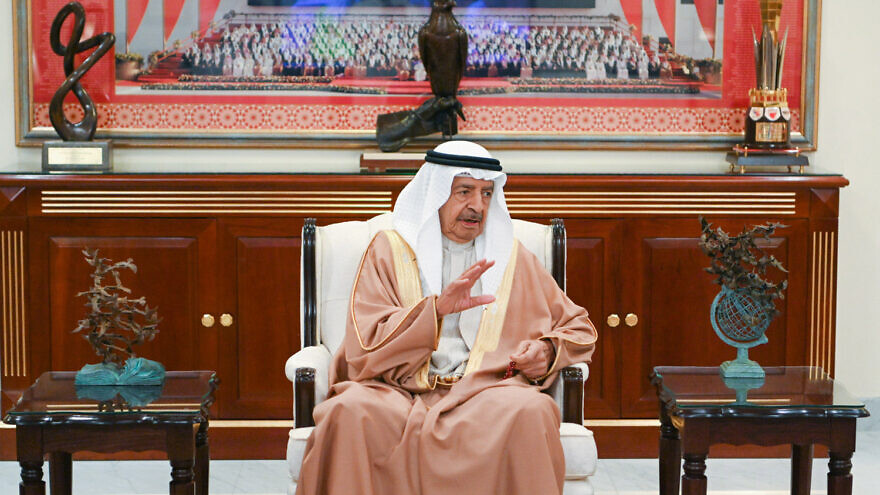 He passed away at the Mayo Clinic in the United States on Wednesday morning, the Bahrain News Agency reported.

King Hamad bin Isa Al Khalifa has declared a week of official mourning, during which flags will be flown at half-mast. Government ministries and departments will be closed for three days beginning on Thursday, according to the report.

Prince Al Khalifa had been Bahrain’s prime minister since the nation declared independence in 1971, making him one of the longest-serving prime ministers in the world.

Israeli Prime Minister Benjamin Netanyahu, who signed a normalization treaty with the Gulf state on Sept. 15, responded to the news by stating: “On behalf of the people of Israel, I extend my sincere condolences to His Majesty the King of Bahrain Hamad bin Issa Al Khalifa, the royal family and the Bahraini people on the passing of Prime Minister Prince Khalifa bin Salman Al Khalifa.”

“I offer my personal condolences to his family,” he added. “I appreciate the prime minister’s important contribution to achieving peace between our two countries.”