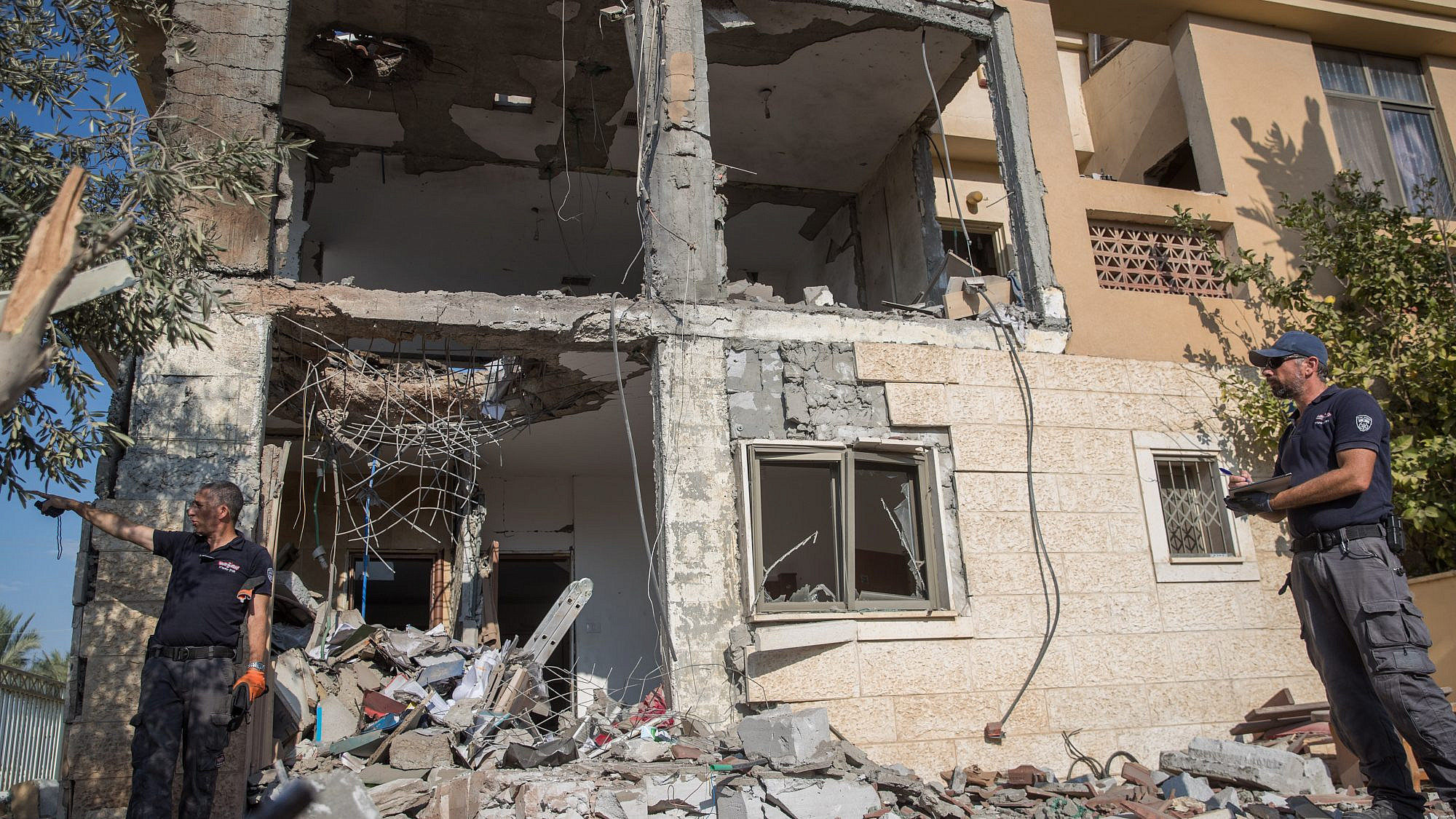 The Red Alert warning system was activated at 3:39 a.m. in Beersheva and the surrounding Negev communities, with residents throughout the area scrambling for shelter. A 39-year-old mother and her three children—ages 9, 10 and 12—were treated for shock after the rocket scored a direct hit on their family home.

After hearing the warning siren, the mother woke the children and evacuated them to the home’s bomb shelter just seconds before the rocket smashed the house. The family was extracted by police and firefighters were called to the scene, where they started to disconnect power sources and neutralize other risks.

An additional rocket with an even higher payload was reported to have landed just off the Mediterranean coast, near a major population center.

At around 8:30 a.m., the Red Alert system sounded in two communities in the Hof Ashkelon Regional Council on the Mediterranean coast. No additional injuries or damage were reported.

RAW FOOTAGE: Terrorists in #Gaza attempting to shoot more rockets into #Israel until we stopped them. Watch until the end. pic.twitter.com/L0VYJD5nEc

IDF Spokesman Brig.-Gen. Manelis said the retaliatory attacks will continue. He noted that the Iron Done missile-defense system failed to stop the medium-range rocket in this case.

Hamas “creates an atmosphere of terror in the demonstrations near the border fence, where grenades have been thrown in recent weeks,” said Manelis.

The Beersheva municipality and the Sdot Negev Regional Council ordered schools closed for the day.

An Egyptian delegation arrived in Gaza on Tuesday to attempt to negotiate a ceasefire between Hamas and Israel, with Egypt’s head of intelligence expected in Israel on Thursday. Following the attack, a Security Cabinet meeting on the topic of the ceasefire was postponed.

Hamas and Palestinian Islamic Jihad released a joint statement denying responsibility: “We reject any irresponsible attempt to destroy the Egyptian efforts,” to reach a ceasefire agreement with Israel, “including the rocket fire last night.”

However, the IDF’s Manelis dismissed the terror groups’ denials.

“Only Hamas and Islamic Jihad have these type of rockets,” he said.

In the wake of the attack, IDF Chief of Staff Gadi Eizenkot cut short a trip to the United States and Defense Minister Avigdor Lieberman ordered the closure of the Kerem Shalom and Erez border crossings, and shortened Gaza’s fishing zone to three nautical miles.