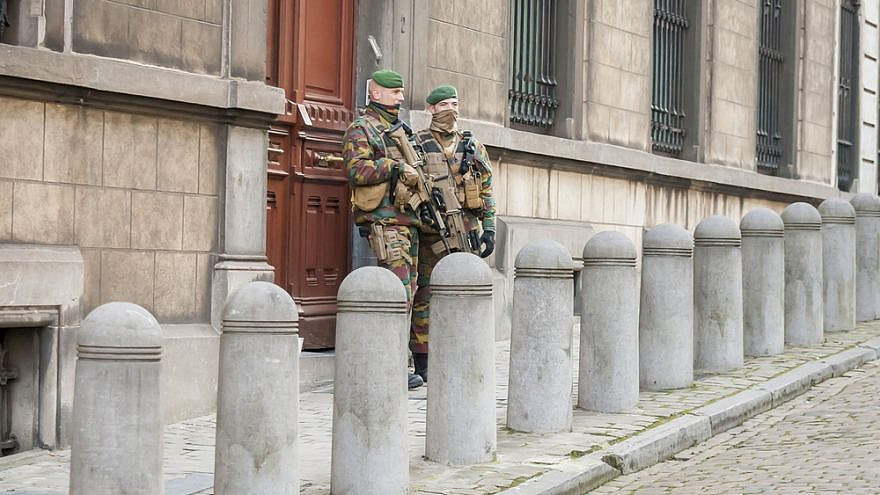 (June 24, 2021 / JNS) The head of the European Jewish Association (EJA) said on Wednesday that the Belgian government’s decision to remove army protection at Jewish institutions makes “zero sense” and leaves Jews “wide open with a target on our backs.”

The military has provided security to Jewish sites in Belgium since the deadly shooting at the Jewish Museum of Brussels in May 2014, which resulted in the death of four people.

The government announced that starting on Sept. 1, it will remove army protection from Jewish buildings and institutions.

EJA chairman Rabbi Menachem Margolin said it was “alarming” to find out about the decision, and that it was being taken without consultation with Jewish communities and without an alternative being proposed.

He explained that in Belgium, the security threat is currently “medium,” according to the calculations provided by the government’s own Coordination Unit for Threat Analysis, but for Jewish communities, as well as the American and Israeli embassies, the threat remains “serious and probable.”

“Unlike the U.S. and Israeli embassies, Jewish communities do not have access to any state security apparatus,” said Margolin. “Anti-Semitism is increasing in Europe, not decreasing. Belgium, sadly, is not immune to this. The pandemic, the recent [Israeli] Gaza operation and its fallout are worrying Jews enough as it is, without this even added to the equation. Worse, it sends a signal to other European countries to do likewise. I am urging the Belgian government to reconsider this decision or at the very least offer a solution in its stead.”

Margolin wrote to Belgium’s minister of the interior, Annelies Verlinden, requesting an urgent meeting and asking for the move to be reconsidered.

In response to the government’s decision, Michael Freilich from the Belgian Chamber of Representatives is proposing legislation that would offer a $3 million fund to Jewish communities to help with their security.