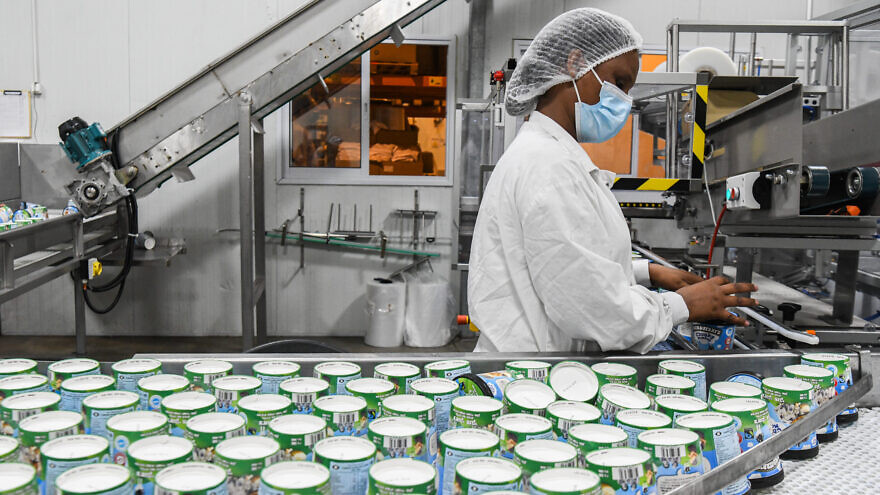 Workers at the Ben and Jerry's factory near Kiryat Malachi, on July 21, 2021. Photo by Flash90.
Spread the word.
Help JNS grow!
Share now:

Ice-cream maker Ben & Jerry’s remains defiant after its parent company, Unilever, decided to sell its business rights in Israel to its licensee there.

“While our parent company has taken this decision, we do not agree with it,” Ben & Jerry’s said in an official statement.

The decision to sell comes nearly a year after Ben & Jerry’s announced it would be ending its licensing agreement with American Quality Product, Ltd., in Israel to stop sales of its ice cream in “occupied Palestinian territory.”

Under the new arrangement announced on Wednesday between Unilever and American Quality Product, Ltd., the Israel-based company will forever own the rights to manufacture and distribute ice-cream as Ben & Jerry’s Israel.

The company, which is owned by Israeli Avi Zinger, will be completely independent of the U.S.-based ice-cream company.

Ben & Jerry’s said in its statement that it would no longer profit from Ben & Jerry’s sales in Israel, and that “we continue to believe it is inconsistent with Ben & Jerry’s values for our ice cream to be sold in the occupied Palestinian territory.”

In its announcement of the agreement, Unilever strongly condemned the BDS movement.

“Unilever rejects completely and repudiates unequivocally any form of discrimination or intolerance. Anti-Semitism has no place in any society,” said Unilever in a news release. “We have never expressed any support for the Boycott Divestment Sanctions (BDS) movement and have no intention of changing that position.”