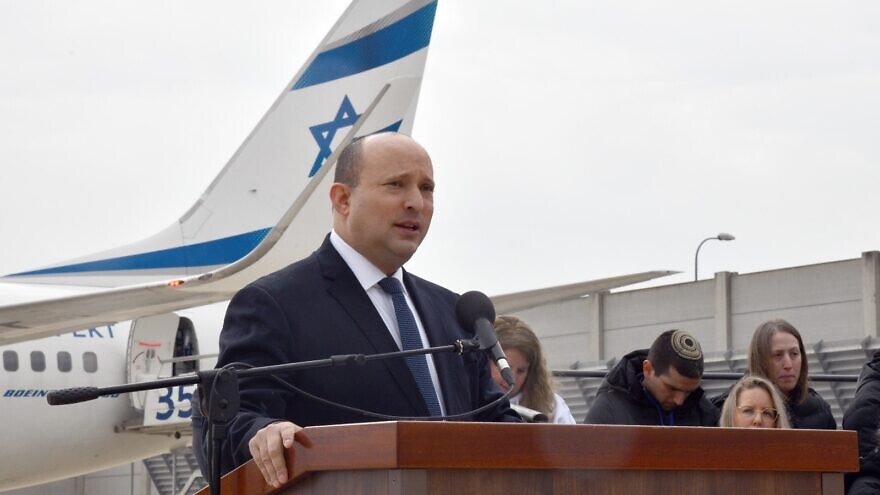 (March 21, 2022 / JNS) Israeli Prime Minister Naftali Bennett was on hand at Ben-Gurion International Airport on Monday to address the Israeli delegation tasked with setting up a field hospital in Ukraine, his office said in a statement.

“This is a very special morning,” said Bennett. “I am very moved and happy … to send on its way the aid delegation that will establish a field hospital in western Ukraine.”

The Israeli premier thanked the Foreign Ministry, Health Ministry, Sheba and Schneider medical centers and the Schusterman Family Foundation, all of which, he said, had worked “around the clock” to make the initiative happen.

Last week, some 17 tons of medical equipment for the facility, named “Kochav Meir” in honor of former Israeli Prime Minister Golda Meir, a native of Ukraine, headed from Israel to Poland. Some 21 million shekels ($6.5 million) is being invested in establishing the facility, which is expected to treat around 100 patients per day.

Bennett emphasized, however, that Israeli aid to Ukraine went beyond the field hospital.

“Israel has been extending its hand to render assistance in the crisis in Ukraine for several weeks now, from the very first moment, in various ways,” he said. “We are managing this unfortunate crisis with sensitivity, generosity and responsibility, while maintaining a balance between the various factors, and they are complex.”

On Sunday, Ukrainian President Volodymyr Zelensky thanked Israel for its assistance via a video address to Israel’s Knesset, but also lamented the fact that said assistance did not extend to weapons or even defensive systems such as the Iron Dome. He also criticized Israel for failing to sanction or pressure the Russian government.

“Everyone in Israel knows that your missile defense is the best. It is powerful. Everyone knows that your weapons are strong. Everyone knows you’re doing well. You know how to defend your state interests, the interests of your people. And you can definitely help us protect our lives, the lives of Ukrainians, the lives of Ukrainian Jews,” said Zelensky. 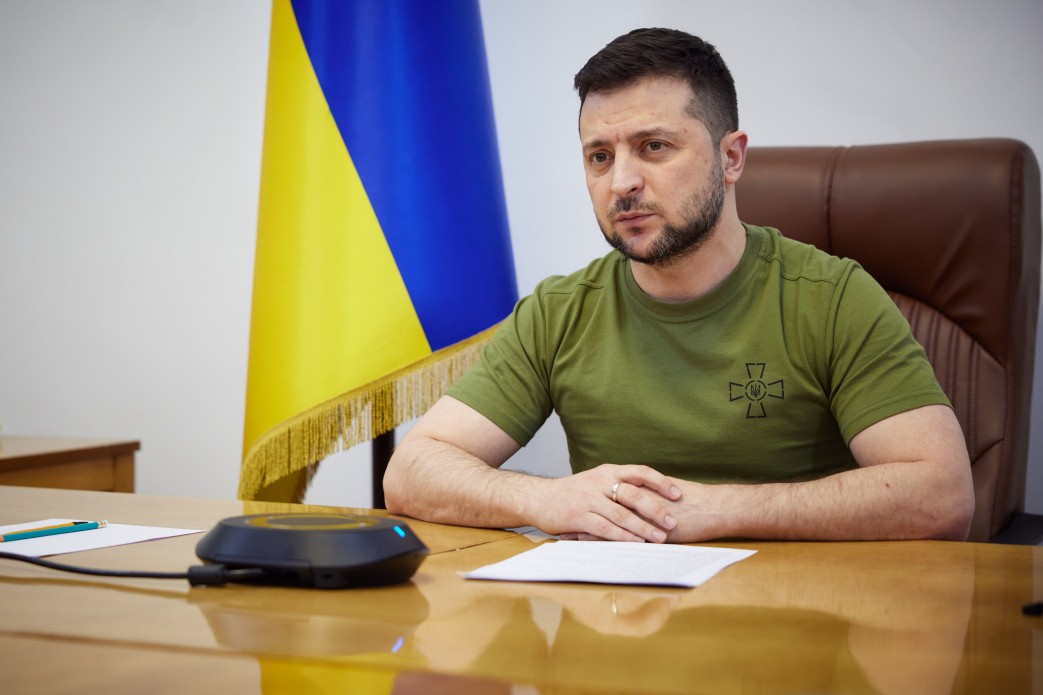 “One can keep asking why we can’t get weapons from you. Or why Israel has not imposed strong sanctions against Russia. Why it doesn’t put pressure on Russian business. But it is up to you, dear brothers and sisters, to choose the answer. And you will have to live with this answer, people of Israel.”

At Ben-Gurion on Monday, Bennett noted that in addition to medical and other aid, Israel was absorbing Ukrainian refugees, both Jewish and non-Jewish, as well.

“We are absorbing olim here, those who are eligible under the Law of Return, and those who are not. Fifteen thousand Ukrainians have already entered the State of Israel. We are opening our doors until the storm passes in order to give them relief,” he said.

“I want to state as clearly as possible: The people of Israel and the Israeli public can be proud of the contribution and the assistance of the State of Israel to the citizens of Ukraine,” he said.

Not many countries, he said, were acting on such a scale. 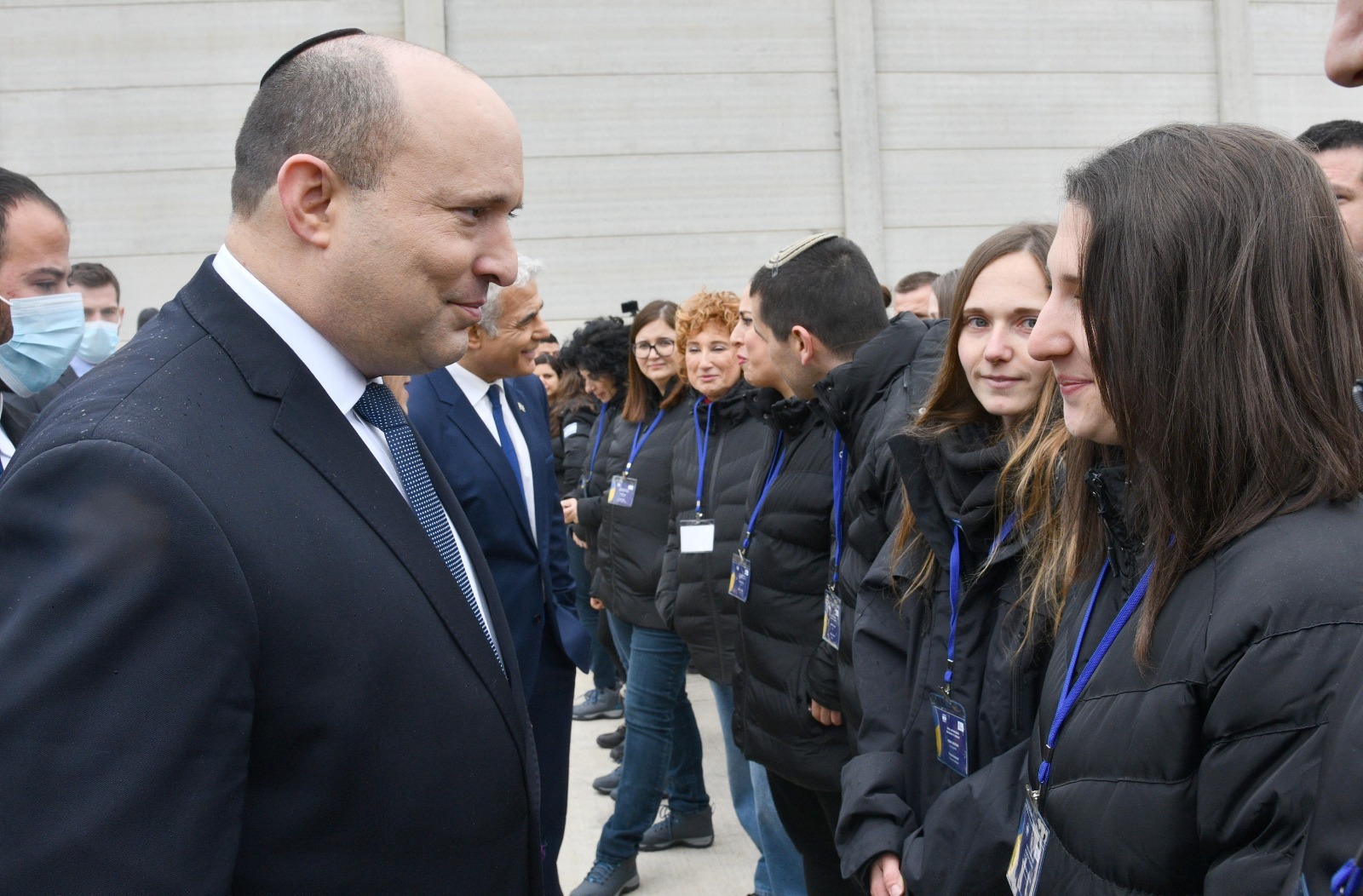 Israeli Prime Minister Naftali Bennett meets with members of the Israeli delegation on its way to set up a field hospital for Ukrainian refugees, at Ben-Gurion Airport, March 21, 2022. Credit: Haim Zach.

“Israel has the ability and the tools to extend assistance to civilians in the area you will be in, just south of the main highway from Ukraine toward Poland,” he said.

“It is likely that you will see refugees who left their homes with very little a few days or weeks before, in the cold, after long and wearying days, with considerable emotional difficulties. Beyond the regular medical assistance, an embrace and strength must also be given. The refugee phenomenon is very difficult indeed,” he added.

The Foreign Ministry and the Israeli government were at their disposal “day and night, for any issue or problem, 24 hours a day,” said Bennett.

“On behalf of the government of Israel and the Israeli public, I would like to thank you. We love you very much.”