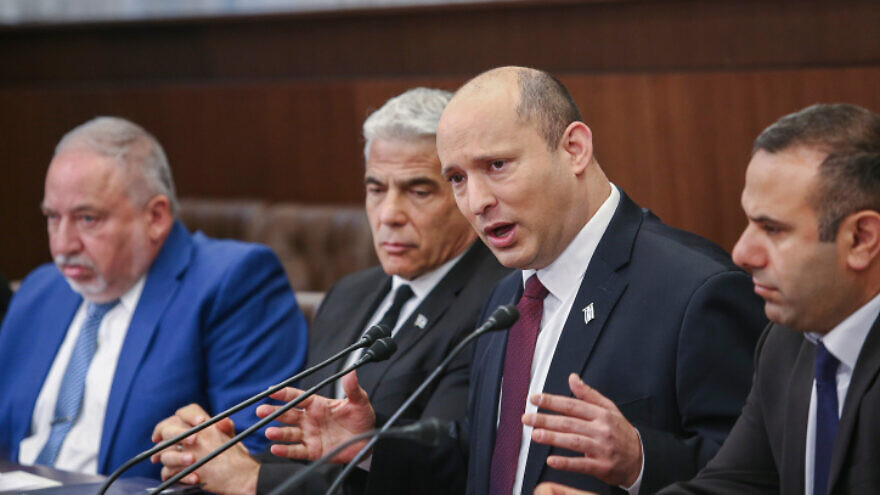 “It’s no secret that I believe that for generations, the judicial system has assumed excessive powers, and blocked any attempt at correction,” Bennett posted on Twitter. “I believe that certain changes are needed in the judicial system and in recent years we [the Bennett-Yair Lapid coalition] have even promoted some of them. But you don’t correct a historical distortion with another distortion.”

The former Israeli prime minister called for a dialogue between the Netanyahu-led government and the opposition.

“There is no escape: both sides must speak immediately,” Bennett said. “The Opposition must understand: the public elected the government, it has a mandate to make changes, there will be changes, and that’s a good thing.”

Bennett continued, “The government must understand: we must not go to the opposite extreme of losing checks and balances, neutering the judicial system and transferring the appointment of all Israeli judges to the Prime Minister, as is proposed.”

He concluded by slamming the proposed judicial reforms as dangerous and called for a dialogue based on goodwill.

“The full current proposal as it currently stands, is dangerous,” Bennett said. “It will harm the foundations of the State of Israel, its economy and its citizens, and it may tear the rope that connects us all. That’s why it needs to be fixed. There is only one solution: Sit together, talk, and reach the right change.”

Bennett’s comments come after an estimated 80,000 to 100,000 Israelis took to the streets on Saturday evening for demonstrations in Tel Aviv, Haifa and Jerusalem against the proposed legal reforms of Prime Minister Benjamin Netanyahu’s government. Israeli President Isaac Herzog said on Sunday that “profound” disagreement over the government’s judicial reform plan was tearing the country apart, and vowed to work towards averting a constitutional crisis.

“We are in the grips of a profound disagreement that is tearing our nation apart,” Herzog said in a statement. “This conflict worries me deeply, as it worries many across Israel and the Diaspora. The foundations of Israeli democracy, including the justice system, are sacred and we must strictly safeguard them, even at a time of fundamental arguments and debates about the relationship between the different branches of government.”

Netanyahu on Sunday defended his government’s judicial reform plan and called on opposition leaders to stop threatening “civil war” and speaking of “the destruction of the state.”

“The reform will be launched, and just as we weren’t daunted in the past from the attacks by the left and the media, we will not be daunted this time either,” Netanyahu said. “The discussion in most media channels around the legal reforms is intentionally superficial and one-sided. Everything is designed to foment false panic about the ‘end of democracy.’”