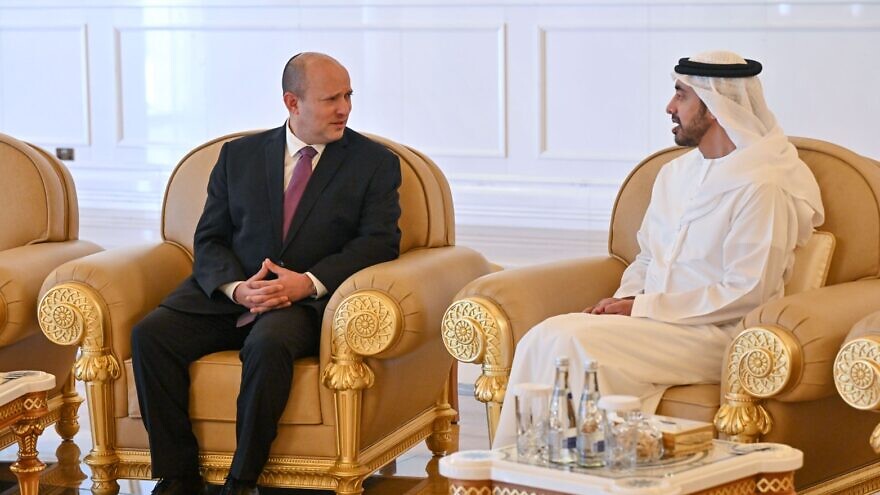 The two leaders discussed regional issues during a private meeting at the president’s palace, according to an Israeli government press statement. It was their third meeting in recent months.

The two also held an expanded working meeting that included their respective staff.

Before departing for the UAE, Bennett referred to the Iran issue, commending the International Atomic Energy Agency’s (IAEA) Board of Governors’ decision on Wednesday, which expressed its “profound concern” over unexplained traces of uranium found at three undeclared nuclear sites.

“On the one hand, we see in this decision the lies and the hypocrisy of Iran on the nuclear issue and in general. On the other hand, we see here a firm stance by the countries of the world regarding the distinction between good and evil, as they clearly state that Iran is concealing things. We will not let up on this issue,” he added.

Bennett also expressed his condolences to the royal family on the passing of President Sheikh Khalifa bin Zayed Al Nahyan, “who helped pave the way for the partnership between Israel and the UAE; the same partnership that we will strengthen today.”