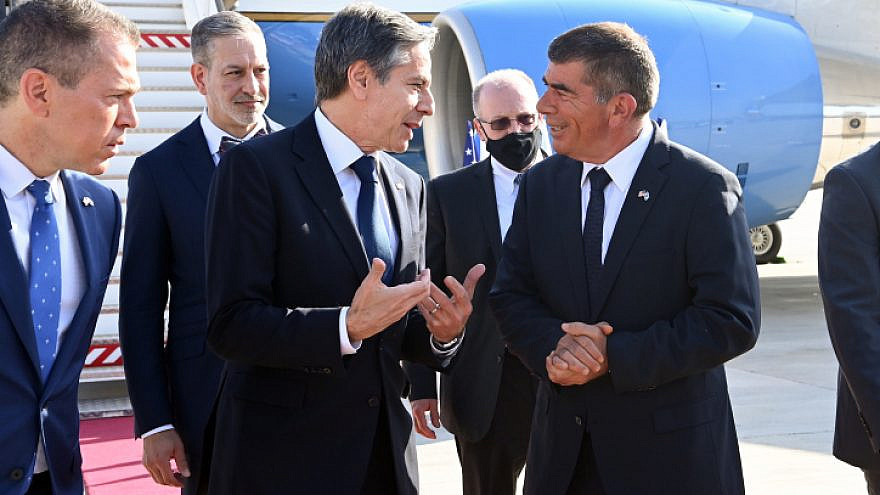 (June 1, 2021 / JNS) If body language is any indicator, then last week’s meeting between Israeli Prime Minister Benjamin Netanyahu and U.S. Secretary of State Antony Blinken did not go as well as they intended during their joint press conference. While they openly discussed issues pertaining to Gaza and the Palestinians, it is without a doubt that in their earlier private meeting, they discussed the issue of Iran as well.

Blinken’s remarks signal that the scolding and finger-wagging of the Obama administration is back after a four-year hiatus during the Trump administration. He admonished Israel over a looming Supreme Court ruling on a decades-long, insignificant real estate dispute in the Sheikh Jarrah neighborhood of Jerusalem, essentially warning any ruling in favor of the Jewish owners will spark Arab violence. He also demanded the reopening of a Palestinian diplomatic mission in eastern Jerusalem that had been shuttered by the Trump administration. This would divide the unified city and violate the spirit of the 1995 Jerusalem Embassy Act.

Eytan Gilboa, an expert on U.S. policy in the Middle East at Bar-Ilan University in Ramat Gan, said the Biden administration believes that Sheikh Jarrah and Israeli police action on the Temple Mount triggered the attacks by Hamas and Palestinian Islamic Jihad in the Gaza Strip.

“They are wrong,” he said. “Hamas’s goal is to take over the West Bank and turn it into Gaza. Playing up the Sheikh Jarrah issue means playing right into Hamas’s hands.”

Gilboa said the United States is employing a two-stage strategy in its approach to both the Palestinian and Iran issues.

With regard to the Palestinian issue, the first stage is to stabilize the situation in Gaza and prevent a resumption of hostilities.

The problem, according to Gilboa, is that America thinks economic prosperity will reduce the Palestinian appetite for violence, “but Hamas doesn’t care.”

Gilboa said the Biden administration is “misreading” the situation in the West Bank and the Palestinian Authority.

Last week, Blinken announced that the United States would provide $360 million in assistance to the Palestinians. He also said it will support programs that work to “reduce tension and violence over the long term.”

Israel, however, believes the opposite will occur and that injecting huge sums of cash into the P.A.’s coffers will only further deepen its systemic corruption, and increase violence and incitement against Israelis.

The second stage the United States wants to implement, according to Gilboa, is the resumption of peace talks between Israel and the Palestinians.

Biden has said he favors a two-state solution, but it won’t happen until the Palestinians recognize Israel as a Jewish state.

“This is critical because it has been the No. 1 obstacle on the road to peace,” said Gilboa. “The U.S. still thinks the settlements are the major obstacle, and they’ve always been wrong about that.” 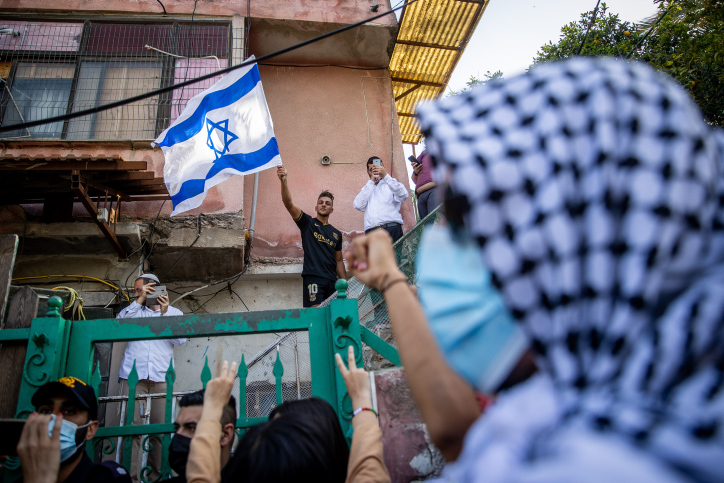 Arabs and left-wing activists protest against the eviction of Arab families from Jewish-owned homes in the eastern Jerusalem, neighborhood of Sheikh Jarrah. April 16, 2021. Photo by Yonatan Sindel/Flash90.

America ‘does not want to anger Iran’

The U.S. approach to Iran also has two stages.

“If the U.S. agrees to return to the 2015 nuclear deal as is and in return removes the sanctions, there will be no case for going to stage two,” said Gilboa.

According to Gilboa, Israel believes the United States can try and negotiate a new agreement, and if Iran is not interested, sanctions against Iran should be increased, not decreased.

But ever since the Obama administration, the United States has worked to appease Iran out of a deep belief that Iran can be convinced to drop its hegemonic aspirations and support for terrorism around the world.

For instance, during the recent Hamas rocket attacks on Israel, the Biden administration refrained from mentioning that Iran was involved.

Furthermore, the Biden administration is currently pushing a human-rights agenda around the world. Iran is one of the worst human-rights violators in the world—and America ignores that. When Blinken presented the U.S. State Department Annual Human Rights Report in March, he listed off a number of countries but suspiciously omitted Iran.

According to Gilboa, the United States “does not want to anger Iran.”

The Biden administration has expressed its desire to avoid a repeat of the fight with Israel over the 2015 nuclear deal, and Blinken did say he is in close contact with Israel and hears what Israel has to say, but “they aren’t listening,” said Gilboa. “They want to create an impression that they update Israel and take Israel’s concerns into consideration, but this isn’t happening.”

According to Gilboa, “the U.S. is mistaken if it believes any government in Israel that is not headed by Netanyahu will hold different views on Iran. It won’t. There is wide consensus in Israel on the Iran issue.” 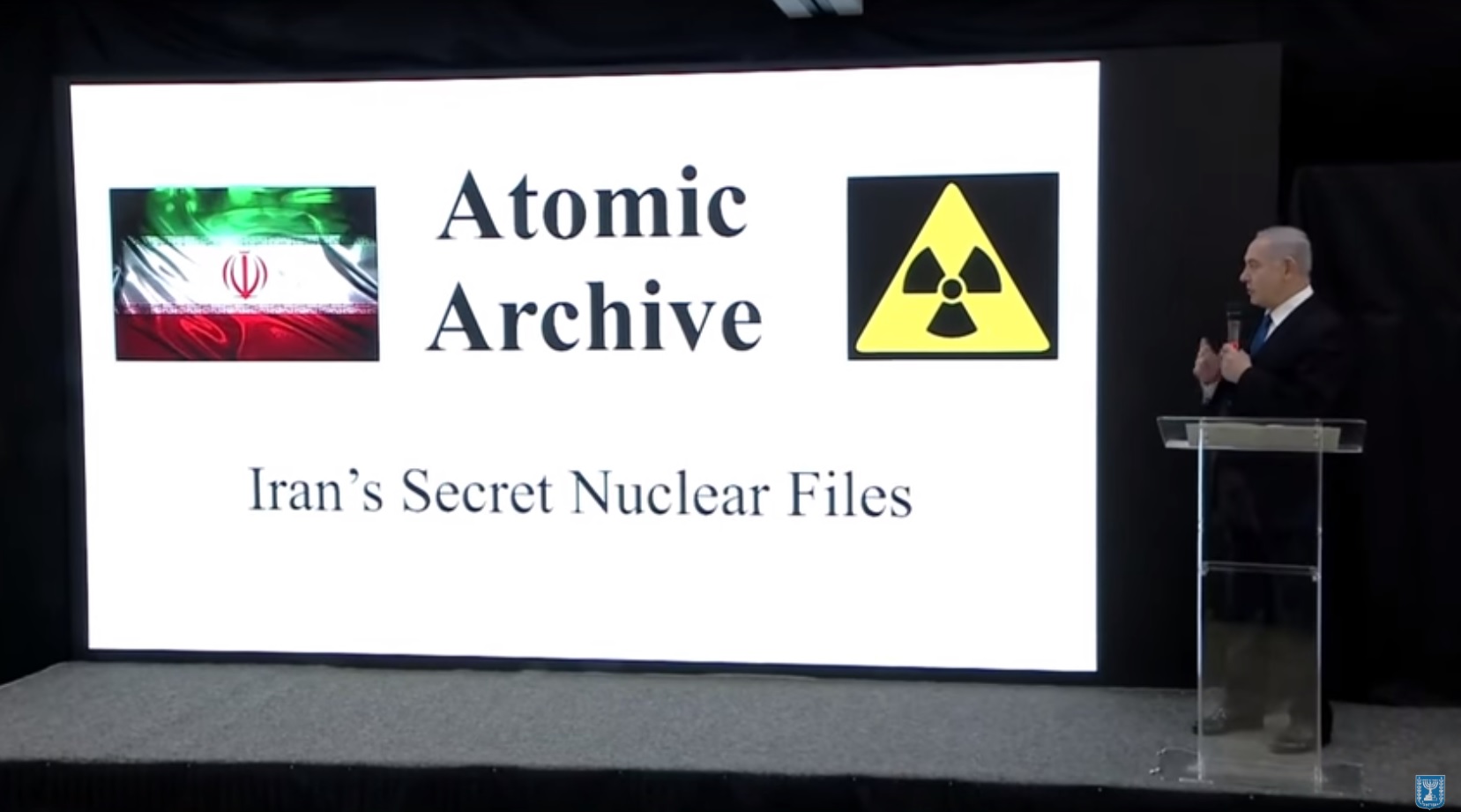 Michael Oren, former ambassador to the United States and former member of the Knesset for the Kulanu Party, told JNS that by announcing its intent to reopen the Palestinian diplomatic mission, the United States is basically redividing Jerusalem again.

“That’s a partial walk-back of the Trump recognition,” said Oren. “The letter of the law was fulfilled, but the spirit of the law will now be broken.”

“Unfortunately, they reversed one of the great contributions of the previous administration to the peace process, which was to end the practice of rewarding the Palestinians for leaving the table,” lamented Oren. “They just got all these rewards, and they didn’t do anything.”

“The liberal press in the U.S. castigated Trump for recognizing Jerusalem and getting nothing in return from Israel,” he pointed out. “Well, [the U.S.] just did the same thing with the Palestinians and got nothing in return.”

The much more substantive issue, according to Oren, is, of course, Iran. The Biden administration is appeasing Iran while trying to placate Israel, but it is contradicting itself in the process and using smoke and mirrors to mask its true intentions.

“This administration is set on renewing the JCPOA at any price,” he said. “They say they want a longer and stronger agreement afterwards, but they will have no leverage for that,” and it “stands almost no chance of success.”

“It begs the question why the administration wants to renew the JCPOA when it is beyond clear that all of the assumptions on which the JCPOA were based were disproven,” said Oren. “It did not transform Iran into a responsible regional power. It did not convince Iran to cease supporting terror or stop undermining governments in the Middle East. In light of the material that the Mossad snuck out of Tehran, it is clear the Iranians are still working on a nuclear warhead.”

“The problem with ‘longer and stronger’ is that it is based on the JCPOA, and the JCPOA itself is so fundamentally flawed and dangerous,” he said. It is “fundamentally unacceptable because it doesn’t dismantle any part of the Iranian nuclear program. Zero.”

“You can put all the bows and ribbons on it that you want, but it is not going to change the fundamentally flawed and, from Israel’s perspective, severely dangerous nature of the JCPOA,” he said.

Oren said he believes that if the JCPOA is renewed, “it will lead to regional war and make last week’s war look like a picnic.”

He also noted the “fundamental contradiction” in the administration’s policy because they defend Israel’s right to defend itself against Islamic Jihad and Hezbollah—both proxies of Iran—but then the United States wants to give Iran hundreds of billions of dollars and a pathway to a bomb.