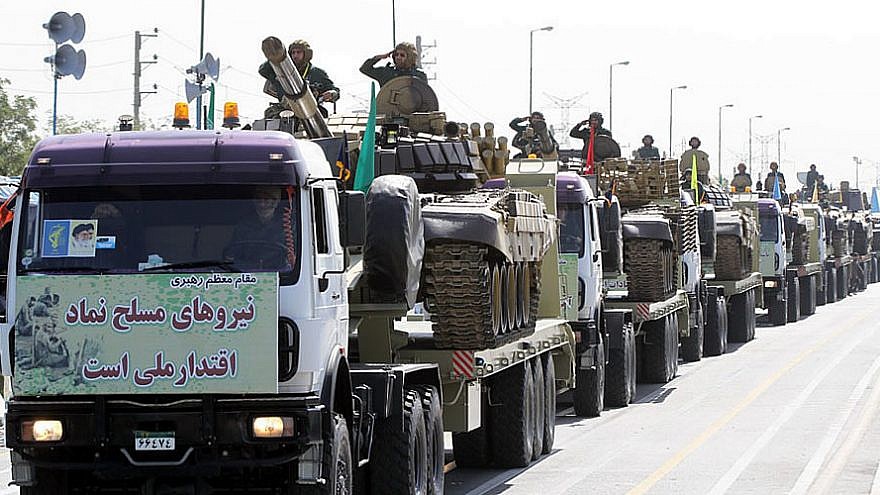 The Canadian Jewish group’s CEO, Michael Mostyn, said at a press conference, “Our government is now on notice. We are asking for the IRGC to be designated as a terrorist group in Canada within the next 30 days. No further delays will be accepted by Canadians on this important public-safety issue.”

He also pointed out that while the House of Commons unanimously passed a motion in June 2018 calling for the Canadian government to designate the IRGC as a terror group, the government has not followed through on the motion.

“Why has this designation not yet occurred when it is the clearly expressed will of Parliament?” asked Mostyn.

B’nai Brith Canada’s national senior legal counsel, David Matas, pointed out the Canadian government currently has the Quds Force—an arm of the IRGC—labeled as a terror organization, but not the IRGC as a whole.

“Canada has rightly rejected that approach when it comes to other terrorist groups, such as Hezbollah and Hamas,” said Matas. “Any funds sent to the IRGC from Canada, which remains legal today, could be used to assist the Quds Force in carrying out acts of terrorism.”

The Iranian government admitted over the weekend to shooting down a Ukrainian plane on Jan. 8, killing 176 people, 56 of them Canadians. Iran is claiming the downing of the plane was accidental. Matas argued that designating the entire IRGC as a terror organization would allow Canadians who lost family members in the tragedy to sue the Iranian government for compensation.

Canadian Prime Minister Justin Trudeau told reporters on Jan. 12 he was infuriated over Iran’s downing of the plane. He added he would consider designating the entire IRGC as a terror group.