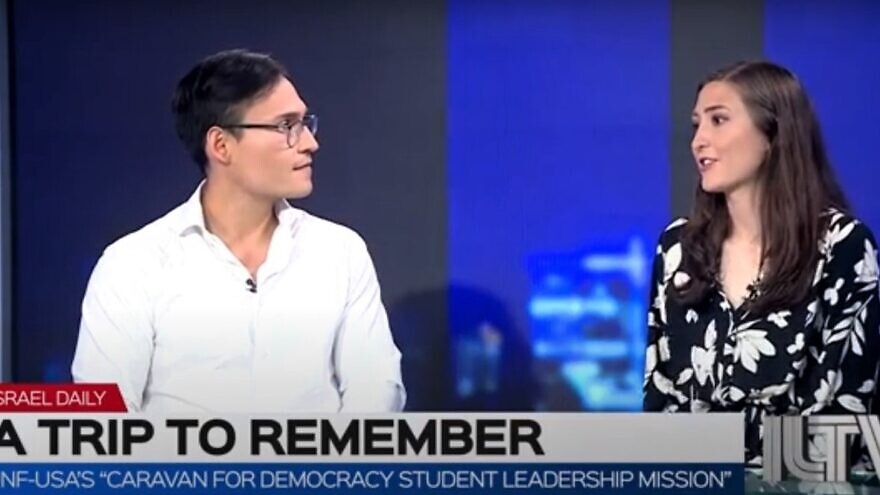 (July 23, 2021 / JNF-USA) A growing number of college student leaders beyond the Jewish faith seek to better understand Israel’s people and culture in the face of ongoing misinformation spread by its detractors on campuses throughout the United States.

Jewish National Fund-USA’s (JNF-USA) Caravan for Democracy Student Leadership Mission to Israel brought 40 young people to Israel this week to see the country with their own eyes. Funded by JNF’s Boruchin Center and other major philanthropists, the 10-day fully subsidized program is geared to student leaders beyond the Jewish faith who’ve never been to Israel before.

The mission provided them the opportunity to explore the country through meetings with political, cultural and communal leaders from different backgrounds and faiths.

Despite a jam-packed schedule, two students—Miguel Acosta Loza and Lexi Doidge—managed to join ILTV’s Eran Poris to talk about their first impressions of Israel.

Miguel, who attends Gonzaga University in Washington, D.C., noted the diversity within Israeli communities. “Israel is a rainbow nation,” he said. “Every person can be themselves.”

Lexi, a student at Regis University in Colorado, acknowledged that Israel’s reality didn’t reflect the negativity back in America. “I had heard some not great things when I was home, especially lately in the news, but that’s not at all what I’ve seen here. Everyone’s happy and thriving, and it’s really truly beautiful here,” she said.

For her, a Christian, visiting places related to her faith was something she says she’ll never forget. “Seeing the Christian holy sites is something that I’ve really cherished. Just getting to come and deepen my faith here in that way and be in the places I read about in scriptures, it’s really special for me,” she said.

The program also taught him about Israel’s contributions to the world. “Learning more about accessibility, sustainability … it’s amazing how technology has evolved so much in this part of the world,” he said. 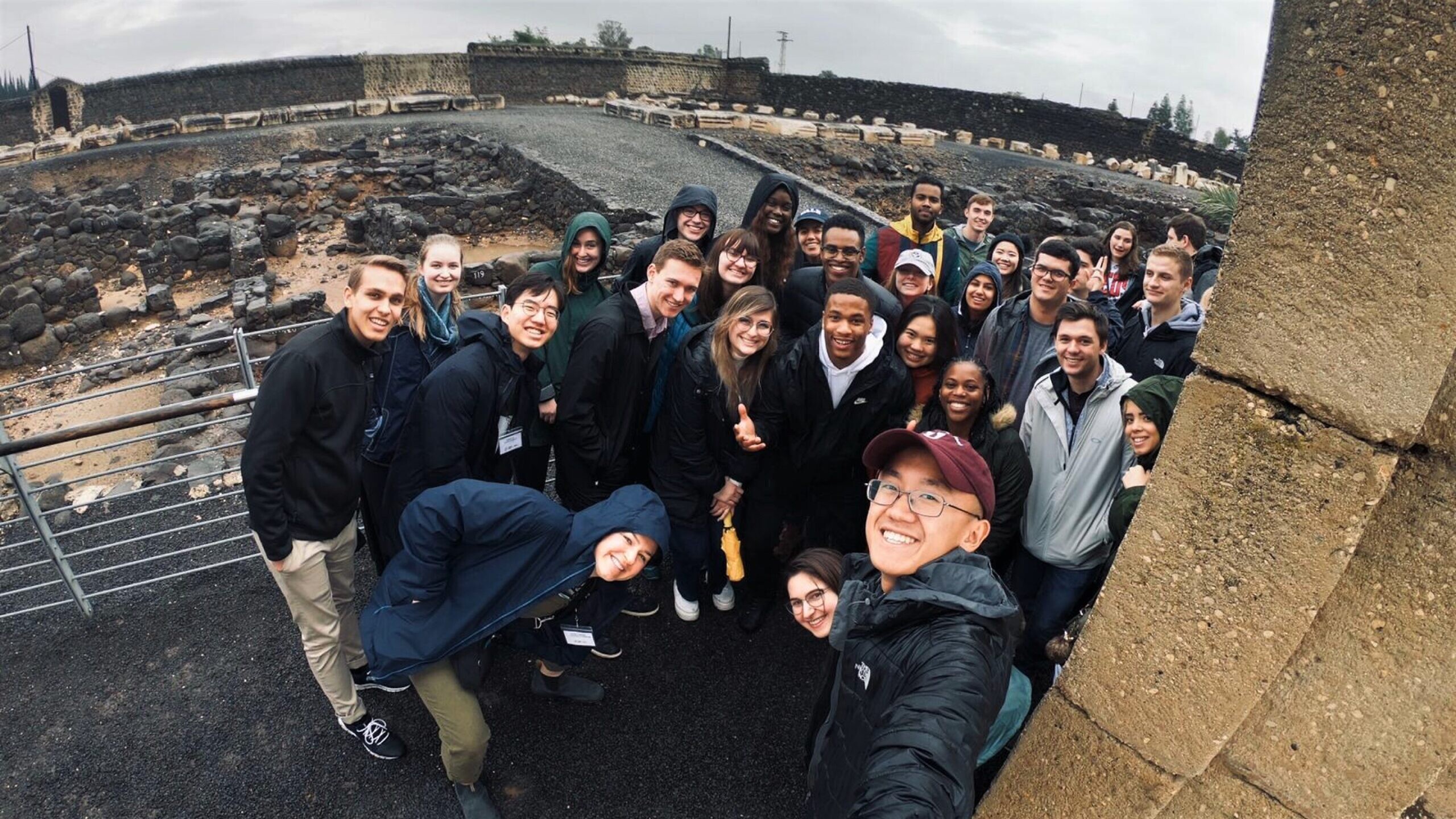 Caravan for Democracy’s goal is to facilitate constructive dialogue about Israel and the Mideast, including the Jewish state’s democracy, industries, contributions to the world and commitment to peace in the region.

Both students look forward to returning to campus and sharing their experiences with peers.

“It’s a story that I’ll be able to tell about my own experience,” said Miguel. “Of course, I came with JNF-USA, but we are not told what to think. We come to our own conclusions.”

Lexi hopes she can share the truth about Israel with as many people as possible. “Just being able to go home and back to our campuses and friends, when we hear things on the news, we can say, ‘Well, maybe that’s not what I saw,’ ” she said.