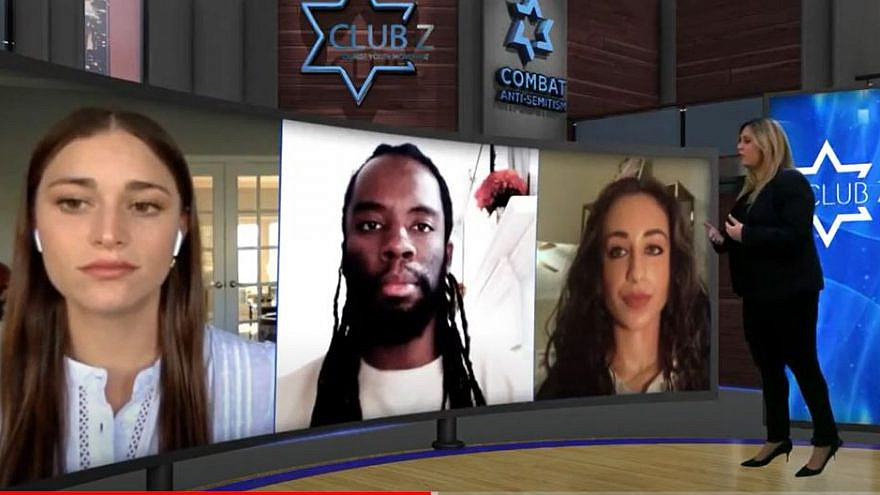 (January 28, 2021 / JNS) At its national summit, teen Zionist movement Club Z called on high schools, universities and education boards across the United States to adopt a five-point Jewish Students Bill of Rights in order to guarantee an education free of fear for Jewish students throughout the American educational system.

The summit, held online in partnership with the Combat Anti-Semitism movement, highlighted the importance for Jewish teens to combat anti-Semitism in schools and on social media. While a wide range of Jewish and Zionist organizations address the needs of college students, those in middle and high school are often left unequipped to deal with attacks on their identities.

The event featured keynote speaker Brooke Goldstein, a human-rights lawyer and founder of the Lawfare Project, who said “we have failed to phrase the anti-BDS narrative as a civil-rights issue.”

She added that “Club Z ensures that not only are Jews connected to their heritage and the Jewish state, but that Jewish youth are prepared to pick up the mantle and effectively advocate for themselves as a minority community.”

Club Z founder and executive director Masha Merkulova described how Jewish teens and students often face a hostile environment and attacks on their identity, saying a Bill of Rights could help address such issues. She called on high schools, universities and education boards across the country to adopt it.

Developed by Club Z, it outlines five basic rights that students should be entitled to at their schools: (1) free expression of their Jewish identity; (2) a fair education; (3) a safe learning environment; (4) a comprehensive definition of anti-Semitism; and (5) fair protections.

The summit also featured a panel of Zionist activists who discussed how to message more effectively: Israel speaker and author Adela Cojab; executive director of the Institute for Black Solidarity with Israel Joshua Washington; and Julia Jassey, co-CEO of Jewish on Campus.

“My advice for high school students soon entering the college campus: hold your ground from the beginning, know that your voice is worthy and you have the same rights as others, and don’t be afraid to make headlines,” offered Cojab.

And Jassey noted that “most posts on our Instagram page about anti-Semitism are anonymous because students are afraid to face backlash. Us, sharing their story, inspires others to also share their stories. Because there’s no one single face to Zionism or Judaism.” 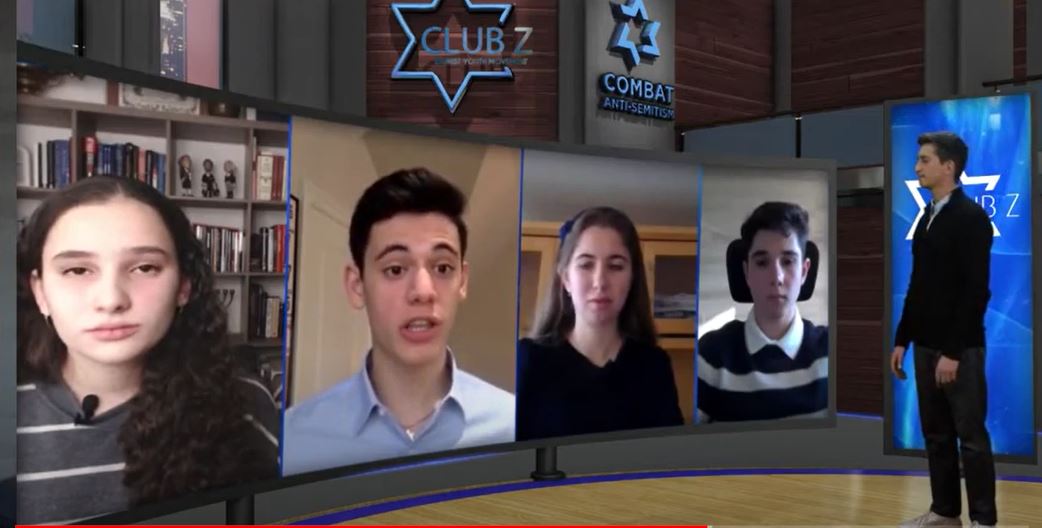 The teen panel at the online Club Z national summit held online in partnership with the Combat Anti-Semitism movement, January 2021. Credit: Courtesy.
Republish this article in your newspaper or website