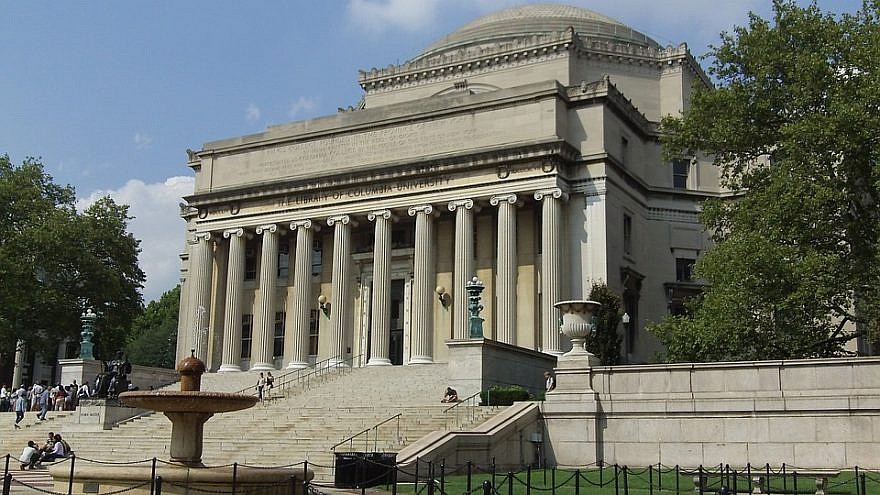 (September 21, 2020 / JNS) Students at Columbia University in New York City are scheduled to vote this week on a referendum over whether the school should “divest its stocks, funds and endowment from companies that profit from or engage in the State of Israel’s acts towards Palestinians” that, according to the student group Columbia University Apartheid Divest (CUAD), “fall under the United Nations International Convention on the Suppression and Punishment of the Crime of Apartheid.”

In November, the Columbia College Student Council voted in favor of holding the referendum proposed by CUAD.

Ahead of the vote, the university’s weekly student newspaper, The Columbia Daily Spectator, issued a statement on Sunday over an advertisement placed in its ”Sunday Sports” newsletter on Sept. 20 by the school’s branch of Students Supporting Israel (SSI).

The statement was signed by the publication’s editor in chief, Karen Xia; managing editor Shubham Saharan; and Isabel Jauregui.

“The message, which referenced the Columbia University Apartheid Divest referendum, was clearly inappropriate and did not meet our standards for distribution,” they said. “We deeply apologize for giving this advertisement space on our platform and are immediately reviewing our internal processes to ensure that publication of such material will never happen again. Neither The Columbia Spectator nor Spectator Publishing Company endorses Students Supporting Israel and Columbia or its products, services or views.”

The Columbia Daily Spectator did not respond to a request for comment on the statement.

“The school year just started, and we already see an attempt to attack the Jewish state,” SSI founder and president Ilan Sinelnikov told JNS. “The anti-Zionist forces don’t take a break, and neither do students fully ready and equipped to fight back.”

A spokesperson for the university, which is closed due to the coronavirus pandemic, said that it is “unlikely” going to have a statement before Tuesday regarding the referendum vote.