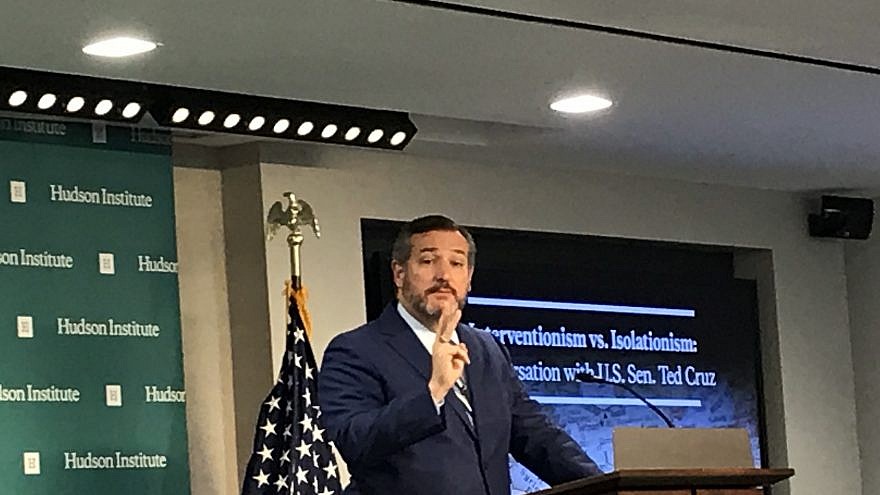 (January 26, 2022 / JNS) A bill to impose terrorism sanctions on Iranian-backed Houthis in Yemen was introduced in the Senate last week by Sen. Ted Cruz (R-Texas) after the group escalated its terrorist activities of late to include multiple attacks on the United Arab Emirates.

Cruz’s bill seeks to redesignate the organization as a Foreign Terrorist Organization and have its leaders—Abdul Malik al-Houthi, Abd al-Khaliq Badr al-Din al-Houthi and Abdullah Yahya al-Hakim—added to the list of Specially Designated Global Terrorists.

The designations were removed by the Biden administration in February, which also included the lifting of sanctions.

“[U.S.] President [Joe] Biden made it an immediate priority to unwind pressure on Iran and its proxies, including by lifting terrorism sanctions on the Houthis and their leaders—a reckless, self-indulgent and catastrophic move,” Cruz said in a news release on Monday.

“This appeasement predictably caused Iran to escalate its aggression across the region, and in Yemen, the Houthis launched a broad offensive within hours of the Biden administration’s announcement they would lift those sanctions,” he continued. “I’ve consistently sought to reimpose those sanctions, and it’s now clear that if the Biden administration is unwilling to do so, then Congress should mandate that they do.”