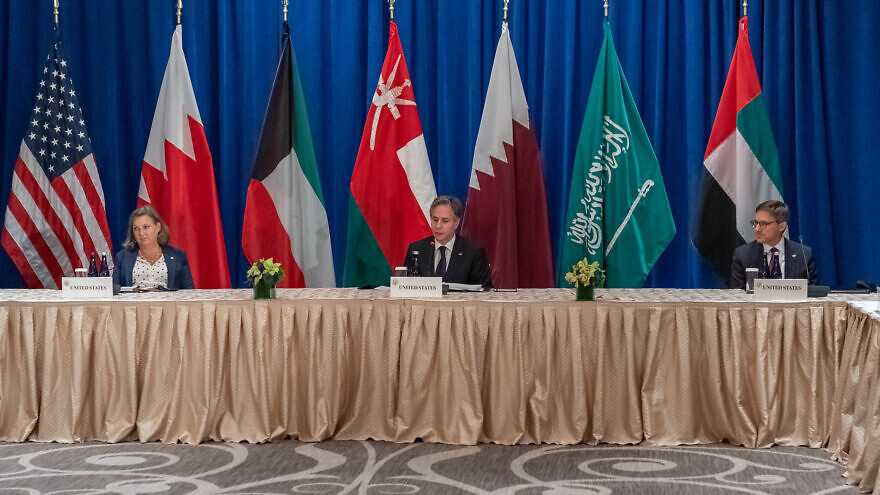 (January 26, 2022 / JNS) The Houthis, officially known as Ansar Allah, have attacked the United Arab Emirates two times in as many weeks. The second attack came on Monday when the Yemen-based group launched two ballistic missiles at the UAE capital of Abu Dhabi, leading U.S. troops at the nearby Al Dhafra Airbase to shelter in bunkers. Unlike the first attack, which killed three and injured six, this one produced no casualties as the UAE and U.S. forces launched interceptors that knocked the missiles out of the sky. However, this latest incident underscored the question of whether the U.S. State Department should redesignate the Houthis as a Foreign Terror Organization (FTO).

Asked about this at his Jan. 19 press conference, U.S. President Joe Biden said placing the Houthis back on the list was “under consideration.” Similarly, on Jan. 24, U.S. State Department Spokesman Ned Price said a redesignation was “under review.” Eight Republican senators signed onto a bill last week introduced by Sen. Ted Cruz (R-Texas) to redesignate the Houthis a terror group and reapply sanctions, which the Biden administration had lifted in February 2021.

“The Houthis are escalating at a dangerous rate,” Maya Carlin, Middle East analyst for the Washington, D.C.-based Center for Security Policy, told JNS. “Last week, they attacked the UAE for the first time in three years and within days (following essentially no condemnation besides a slap on the wrist) launched a second attack targeting an airbase in Abu Dhabi hosting American troops. Attacking a U.S. target should result in their redesignation. If not, we are indicating American personnel abroad are fair game, not just for the Houthis but for other adversaries as well.”

Omer Dostri, a research fellow at the Jerusalem Institute for Strategy and Security (JISS), agreed, telling JNS: “All in all, I think that if the Houthis continue to target the UAE, then the U.S administration would have no choice but to put the Houthis back on the FTO list.”

Unofficially, few would dispute that the Houthis are terroristic in their methods and beliefs. The motto on their flag is “Allah is greater, death to America, death to Israel, death on the Jews, victory to Islam.” They have reportedly recruited 10,300 child soldiers since 2014. They engage in looting, beatings, sexual violence, mass public executions and torture. In 2016, the Houthis targeted U.S. naval vessels with anti-ship missiles. Their most recent attacks covering a distance of nearly 900 miles are considered a leap in capability and could pose a threat to Israel.

Officially, however, in the United States, the Houthis were a terror group for less than a month, having been designated an FTO in the waning days of the Trump administration, part of its “maximum pressure” campaign against Iran. Shortly after taking over, the Biden administration announced that it was taking the Houthis off the list. The administration was accused of doing so to curry favor with Iran, the Houthis’ main sponsor. 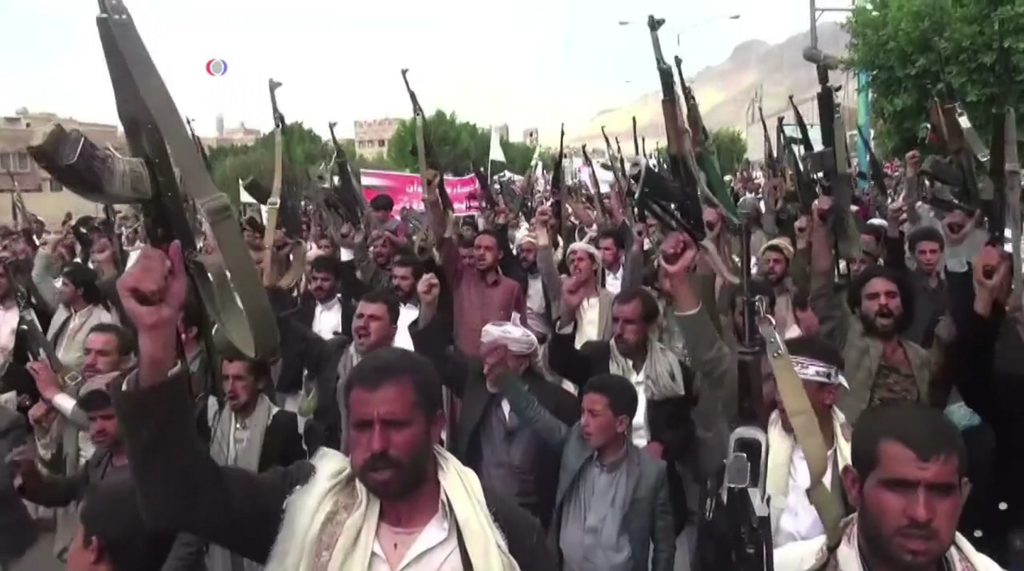 Houthis protest against airstrikes by the Saudi-led coalition on Sana’a in Sept. 2015. Credit: Henry Ridgwell (VOA) via Wikimedia Commons.

U.S. Secretary of State Antony Blinken, in a statement explaining the decision, said the FTO designation hampered humanitarian aid. “We have listened to warnings … that the designations could have a devastating impact on Yemenis’ access to basic commodities like food and fuel,” he said, adding that the move was “intended to ensure that relevant U.S. policies do not impede assistance to those already suffering what has been called the world’s worst humanitarian crisis.”

Dostri said the administration’s policy doesn’t appear to have worked, as the Houthis continue to block and redirect aid. “While humanitarian aid continues to reach Yemen, mainly through the Houthi-controlled Hodeida [International] Airport, there are reports that Houthis continue to prevent the transfer of aid to the population, whether through seizure and stealing aid or through blatant interference in the work of U.N. personnel,” he said.

“The Biden team’s rationale was to make sure that funding was still getting to humanitarian groups on the ground, which are helping civilians in Yemen, who are victims of some of these attacks,” said Carlin. “But they’re prolonging the humanitarian crisis because the Houthis, who go unchecked by the U.S., continue to bombard those same civilians, who are forced to relocate. So I feel it’s not going to work out as a long-term strategy.”

Those who argued against designating the Houthis a terror group during Trump’s term mainly raised the humanitarian issue but also cited concerns, including that it would hamper future peace talks; that it would make the U.S. a party to the conflict; that it wouldn’t affect the Houthis’ ability to get weapons and materiel; and that it would unfairly limit the Biden administration’s freedom of action when it had the opportunity to speak with and, hopefully, influence the Houthis.

However, said Carlin, “the policy reversing the FTO designation unintentionally ended up empowering this group to carry out more attacks as the U.S. fails to hold them to account.”

“At some point, they have to say, ‘OK, there’s a limit to how many press releases we can put out condemning the Houthis without actually making them an FTO. So there’s more of a chance now,” she said.

Dostri agreed, but added, “in light of Iran’s dissatisfaction with such a move, Biden will carefully consider his steps.”

“Ultimately, the current U.S. administration sees the renewal of the JCPOA”—the Joint Comprehensive Plan of Action, or 2015 Iran nuclear deal—“as a top priority and a great achievement, certainly compared to the Yemeni arena,” he said, referring to talks being renegotiated in Vienna between Iran and world powers.

“The administration will definitely place the ongoing nuclear negotiations with Iran ahead of putting the Houthis on the FTO list,” agreed Carlin. “The nuclear deal comes first.”