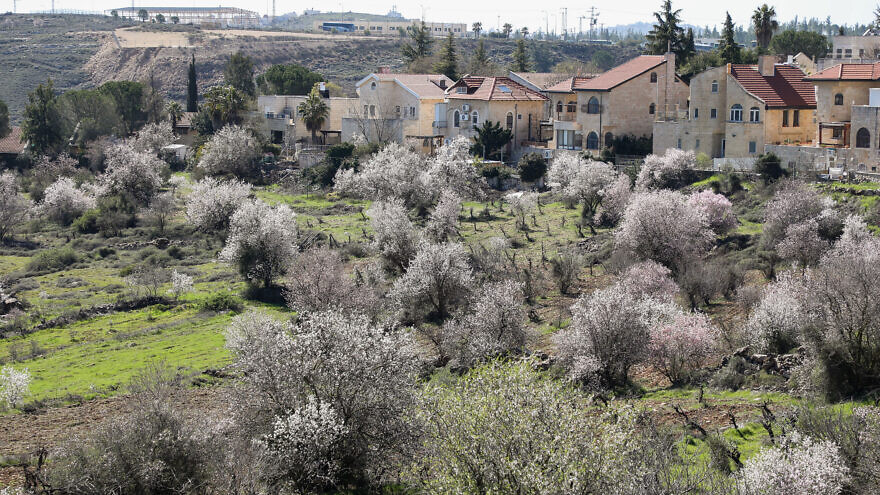 (June 28, 2021 / JNS) A group of 73 Democratic lawmakers urged U.S. President Joe Biden to reverse Trump administration policies towards settlements in Judea and Samaria, designating them once again as illegal under international law.

The letter was drafted by Reps. Gerry Connolly (D-Va.), Peter Welch (D-Vt.) and Jan Schakowsky (D-Ill.) on June 23, asked Biden to make it clear that the United States considers settlements in the West Bank to be inconsistent with international law by “reissuing relevant State Department and U.S. customs guidance to that effect.”

In 2019, the Trump administration reversed the 1978 State Department legal opinion that Jewish communities in Judea and Samaria were inconsistent with international law.

Arguing that international law would not bring a solution to the Israel-Palestine conflict, former Secretary of State Mike Pompeo said that the United States would not take a position towards the legality of the settlements.

This, according to the Democrats’ letter, was part of “the previous administration’s abandonment of longstanding, bipartisan United States policy.”

It also calls for U.S. documents and communications once again refer to the West Bank and Gaza Strip as “occupied,” oppose the eviction of Palestinians while consistently condemning publicly specific actions from both sides of the conflict that the United States views as undermining prospects for peace and formally withdraw the Trump administration’s peace plan which it said, “paved the way for unilateral annexation of Palestinian territory.”

“While there are additional steps that both parties to the conflict can and must take to preserve the possibility of one day reaching a two-state solution, we believe the first step for the United States must be to urgently restore American policy positions conducive to the prospects for peace,” the letter stated.

Among the signers of the letter were seven sitting committee chairs and Jewish members of Congress.

“The Palestinians must take responsibility to meet their commitments”

Left-wing pro-Israel organization J Street welcomed the letter, tweeting about it on the organization’s Twitter account and releasing a statement.

“This letter from a significant portion of the Democratic caucus, signed by a number of House committee chairs and leaders, sends a critical message to the Biden administration that it can and should do much more to help undo the damage caused by former president Trump and to stop the ongoing deterioration of the Israeli-Palestinian situation,” Jeremy Ben-Ami, J Street’s president, said in a news release. “The Trump administration’s full-throated embrace of the settlement movement and the Israeli right did terrible damage to American credibility, empowered extremists and imperiled the future of both peoples. It’s therefore incumbent on the Biden administration to do everything in its power to rebuild productive ties with the Palestinian leadership and to make absolutely clear that the United States will not stand for illegal settlement expansion, de facto annexation and displacement.

“The White House has already taken several very welcome steps in this direction — we hope more will follow.”

AIPAC, meanwhile, did not see the letter as a productive step.

“We did not support the letter,” said AIPAC spokesman Marshall Wittman in an email. “In order to have positive progress for peace, the Palestinians must take responsibility to meet their commitments and return to a direct dialogue with Israel. This letter failed to make that essential point.”