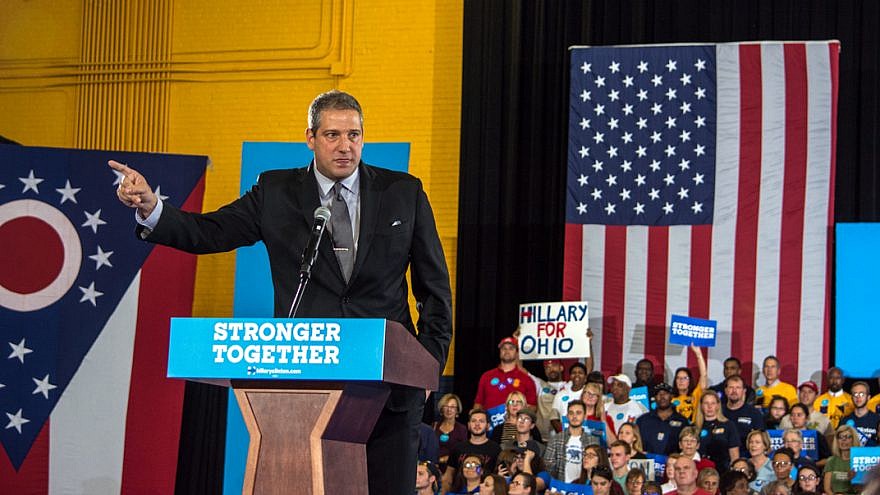 (March 14, 2022 / JNS) Democratic Majority for Israel PAC announced its second round of primary endorsements for 2022, including its first endorsement of U.S. Senate candidates on Monday.

In a news release, DMFI endorsed 20 candidates, out of which nine are incumbents and 10 are vying for open seats.

Two of the candidates, Reps. Tim Ryan (D-Ohio) and Val Demings (D-Fla.), are current members of Congress running for a Senate seat. Ryan is running to fill an open seat, while Demings will challenge incumbent Sen. Marco Rubio (R-Fla.).

In a tweet, Ryan said that he was proud to be endorsed by DMFI. “As a senator, I’ll always support the relationship between our two countries, and stand up for a peaceful and prosperous future for Israel,” he wrote.

The endorsements include members of the Democratic leadership, including Speaker Nancy Pelosi (D-Calif.) and Majority Leader Steny Hoyer (D-Md.).

According to the release, DMFI endorsed candidates committed to supporting the agendas of U.S. President Joe Biden and the Democratic Party, and are supportive of a strong U.S.-Israeli relationship.

“We are proud to release our newest round of endorsements, which includes two pro-Israel champions—Reps. Val Demings and Tim Ryan—who are vying for U.S. Senate seats in critical swing states, distinguished incumbent members of Congress, as well as a diverse group of up-and-coming Democratic leaders,” DMFI PAC president Mark Mellman said in the release. “With tick-tight Democratic margins in the House and Senate, DMFI PAC is laser-focused on supporting candidates who will work to unify the Democratic Party, win general elections and support the Democratic agenda, including a strong U.S.-Israel relationship.”