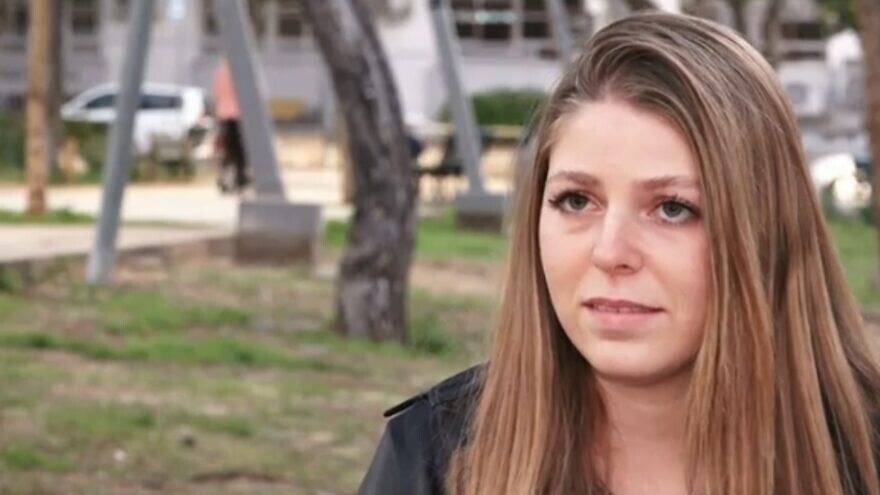 Adi Bloy discovered three months after the fact that she had been shot in the back at a friend's wedding in Samaria. Source: Channel 12/Screenshot.
Spread the word.
Help JNS grow!
Share now:

(January 18, 2022 / JNS) An Israeli woman recently discovered—three months after the fact—that she had been shot in the back while attending a wedding in Samaria, Israeli media reported.

Adi Bloy was celebrating at a friend’s wedding at Psagot Winery, northeast of Jerusalem near the Palestinian village of Mukhamas, when she felt a “crazy, sharp pain” in her back, she said in an interview for Channel 12 News.

“I didn’t know where it came from … I said, ‘something fell on me.’ But all of my girlfriends looked at the floor and saw nothing. They looked at my dress and saw nothing—there was no hole,” she said.

When she held her finger on the spot, she found a small amount of blood. So she went to the bathroom to check, and there she passed out for a few minutes. However, because she nor her girlfriends could find a reason for the pain, Bloy stayed at the ceremony, though she remained seated.

After the event, she visited her doctor, who prescribed antibiotics. But the pain persisted, and a CT scan found a metallic object lodged in her back, near her spine.

Three months after the wedding, surgery was performed to remove the object, which turned out to be a 5.56-millimeter bullet.

It is still unclear how the bullet got there. The Israel Defense Force told Army Radio that there were no reports of gunfire on the night of the wedding.

“I was saved by a miracle,” Bloy told Army Radio, as doctors informed her that had the bullet been just a few centimeters this way or that way, she could have suffered from significant and even greater life-altering damage. She still experiences neck and back pain, as well as emotional trauma.

Bloy is now seeking recognition as a terror victim from the National Insurance Institute and the Defense Ministry, according to media reports.