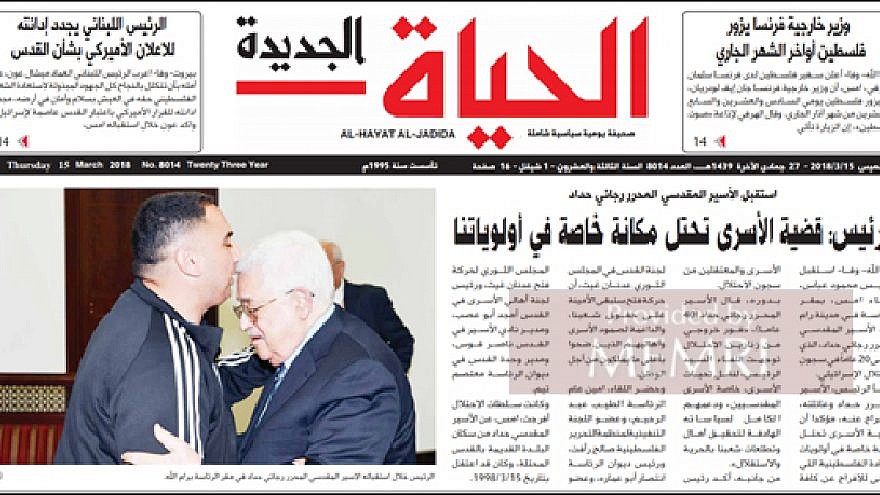 In the Jan. 26 article, Omar Hilmi al-Ghoul, a regular columnist for the paper, wrote, “The ‎forces that comprise this [Zionist] colonialism were gathered from among the ‎members of the Jewish religion who were deceived; the colonialist ‎West and its pawn—the Zionist movement—led them [to Palestine] to ‎get rid of the Jewish problem in its lands, and to exploit and ‎harness the Zionists for the benefit of the colonialist project whose ‎goal is bigger than occupying historical Palestine: Tearing and ‎fragmenting the unity of the Arab nation’s peoples and dissolving ‎the pan-Arab revival project.”

Al-Ghoul then went on to make a claim common in Palestinian academic circles: that the Jewish people’s links to the land of Israel have been forged to create a false history with the aim of preceding Palestinian claims to the land.

“The Zionist colonialism, which has been crouching over the historical ‎Palestinian land for 72 years,” he wrote, “is increasingly striving to deepen and ‎widen the ethnic cleansing against the Palestinian people and ‎establish its fabricated and false narrative at the expense of the ‎Palestinian people’s identity, history and heritage.”‎

“One of the fundamental tenets of Palestinian Authority ideology is that the ‎Zionist movement was not an authentic Jewish movement but rather a ‎colonialist movement that took advantage of the Jews,” said PMW director Itamar Marcus.

The P.A., he said, “claims Western colonialists lied to the Jews and made up the ‎story of Jewish history in the land of Israel to trick the Jews into ‎leaving Europe and coming to Israel.”‎

According to the P.A., he continued, Europe sought to rid itself of Jews due to their “wickedness.”

This claim was repeated on official P.A. TV only last week when a documentary on the Holocaust was re-cut to give the message that the Jews brought the atrocity upon themselves. The narrator told viewers that between the years 1929 and 1935, the Zionist movement “paid the price” (i.e., the Holocaust) for its ‎“conspiracies and wickedness, there in the European states.”